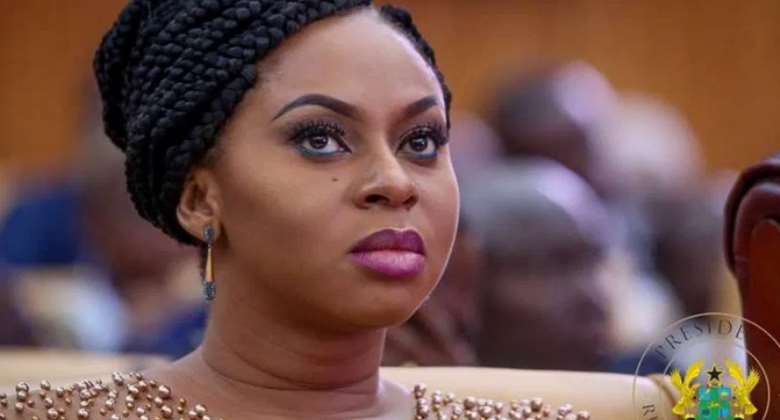 The Ministry of Gender, Children and Social Protection has been without its substantive minister, Hon. Sarah Adwoa Sarfo for close to a year on the back of attending to very pressing family issues abroad.

It is important to make the point that we all may have a very serious family issue which may require being given some time off our busy work schedules to pay critical attention to it and deal with it head on so this article does not seek to impugn ill motives relative to the Hon. minister for seeking to do so.

However, it is also important to highlight the point that when permission of this nature is given, the person's general disposition and behaviour matter and must not seem to portray a contrary position relative to the reason for taking such permission.

The general disposition of Hon. Adwoa Sarfo so far has been contrary in view of the evidence seen in the videos on social media so far.

Her show of opulence on the airplane, songs, videos on tiktok and social media in general, betray her and cast a negative figure of her in the sight of most Ghanaians including her constituents and make her appears as if she's making fun of the very people whom she swore to serve.

The teasing also appears to send a very strong message to Ghanaians that she is untouchable and could go to the weirdest extent and still have her job intact.

In the wake of the above reservations on her conduct so far, one wonders if the then candidate Akufo-Addo who was presented as the 'no nonsense man' in the 2008, 2012 and 2016 elections is still the one in the helm of affairs as the President of the Republic of Ghana.

His loud silence and inaction in the face of Hon. Adwoa Sarfo's long absence, opulence, tiktok and social media theatrics is one bad example which will only go a long way to serve as a point of reference for not only political appointees but also trickle down to public servants generally.

It is the very reason the Minority group in Parliament will also incur the wrath of Ghanaians for the shield they consistently continue to provide her in the ongoing process to have her seat declared vacant to pave way for a bye election for the Dome Kwabena Constituency.

One wonders the seeming connectivity between the Minority and Hon. Adwoa Sarfo which will make them hell bent to provide her cover in this case.

Whatever the case is, her continuous stay in office as both a minister of state and a Member of Parliament smacks of a weakness in leadership and reverses the notion that "the Black man is capable of managing his own affairs".

Arrest, prosecute galamsey kingpins irrespective of their s...
40 minutes ago

Ablakwa questions whereabouts of chief perpetrator of Bulgar...
40 minutes ago