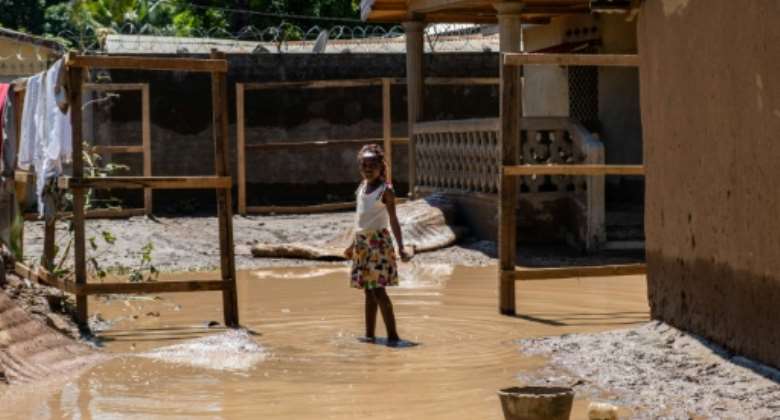 Flooding is frequent in the Central African Republic, one of the world's poorest countries. By BARBARA DEBOUT (AFP)

At least 13 people died and more than 1,000 were left homeless after heavy rainfall triggered floods in the Central African Republic last week, the Red Cross told AFP on Monday.

Local Red Cross chief Antoine Mbao Bogo said he was "surprised" at a toll he described as unprecedented in a country where flooding is frequent.

According to a provisional toll, nine people died in Bouchia in the south, three in the eastern town of Bria and one in the capital Bangui, he said.

The government has put in place a taskforce to map out the hardest-hit neighbourhoods with a view to improving infrastructure and preventing further such disasters, she added.

"I lost everything, I don't even know where to go with my children," Bangui resident Safiatou Ngbedi, who escaped from her home moments before it collapsed, told AFP.

Josue Djazoundou, a petrol seller in Bangui, was worried that water from his well had been contaminated by the overflowing toilets nearby.

"I only pray that the children don't fall ill," he said.

The CAR is one of the world's poorest countries and more than half of its population requires humanitarian assistance, according to the World Bank.

In 2019, at least 28,000 people were left homeless by mass flooding after exceptionally heavy and continuous rainfall caused the Ubangi river and its tributaries to burst their banks.