Cristiano Ronaldo: From a club legend to a nonentity in United's scheme of things 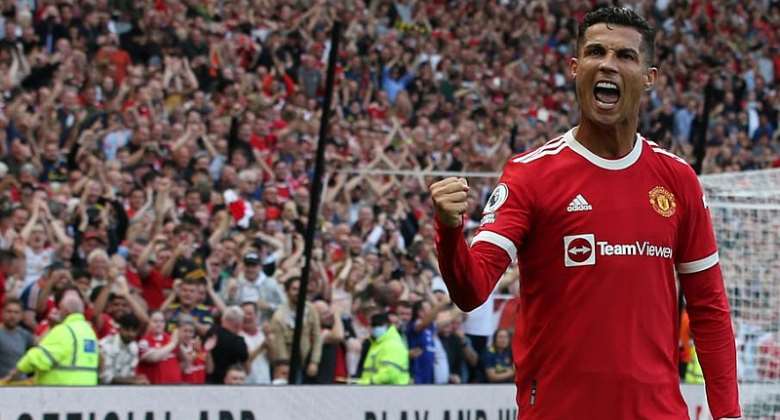 The feat Cristiano Ronaldo achieved at Manchester United before joining Real Madrid CF in 2009 alone is enough to earn him the enviable position of a club legend even if he had not return to the club for yet another display of prolific goal-scoring stunt in the just ended 2021/2022 season.

Speed, dribbling, scoring of stunning free kicks and header became some of his footballing attributes even before he joined Real Madrid CF. He had also helped the team win both domestic and Champions League trophies and placed him in a unique position in the minds and hearts of Manchester United's funs who in return composed Viva Ronaldo in appreciation of the joy he bequeathed to them.

Despite the above compliments, the gains and the legendary status of CR7 seem to be eroding faster and faster by each day in this transfer window following his request to leave Manchester United for a Champions League football and its alleged associated rejection by most top clubs in Europe.

These alleged rejections do not only affect the image rights of CR7 but co-terminously affect the corporate brand of the greatest football club of Alex Ferguson fame, Manchester United and subject the two entities to needless ridicules and trolls.

If for nothing at all, Cr7 must note that his second coming has been gloriously welcomed by United's funs, the chanting of Viva Ronaldo has continued to glow unabated at Old Trafford and this is definitely not the way to pay back United and its numerous funs across the globe in the name of Tuesday and Wednesday night football.

He is undoubtedly a bigger brand and one of the best, if not the best player, in the world to have played the beautiful game of football but respectfully, the world does not revolve around him. Again, he ought to understand Europa League has not killed any footballer because he played in it and it will not kill him either.

United is doing well in the preseason without him and will not need him even if he fails to get a club. We failed to qualify for Champions League because we have always played to suit his preference and this makes a lot of our attackers dysfunctional to the point that if CR7 had a bad day, the whole United team is put off.

In his absence, Marshall, Sancho, Rashford and the entire team is gelling up pretty well than it was in the last season and indeed that was the situation in the previous season before his arrival, Bruno Fernandes was scoring goals of all kinds including free kicks before he came so in the scheme of Manchester United, we are better off with his departure.

Enough of the disrespect CR7!