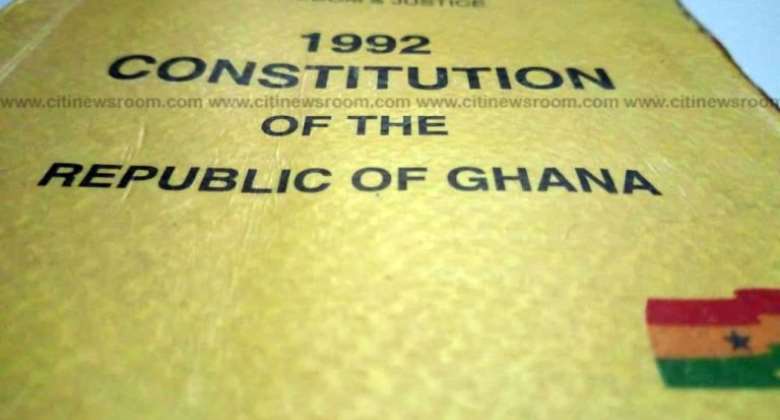 The stratification of Ghana's working force into article 71 office holders, thus, those whose work are important and deserve all the goodies on one hand and all 'other workers', thus, those whose work do not matter much on the other hand is a recipe for jealousy, anger and unnecessarily invites hatred towards the beneficiaries of this disparity.

The point must be made however, that these beneficiaries have failed to recognise the threat of this lopsided disparity so have intentionally refused willingly to give in to the demand for important reform that imposes a sense of duty on them to ensure equitable remuneration based on qualification with fairly additional allowances on the basis of the nature of work.

On top of their fat wages, salaries, allowances including accommodation, vehicles and their associated free fuel coupons as well as per diems, these article 71 office holders receive 'elephantal' ex-gratia in every 4 years which cumulatively outweighs the pension benefits of a doctor, a nurse or a teacher who has worked for 30 years or more. Why? Because their work contributes almost nothing to our nation building drive.

We read from the newspapers how a teacher who has taught for over 30 years received a lump sum of a paltry 10,000 Ghana Cedis from SSNIT under the prevarication of tier 1 tier two thievery. If this is not a classic example of socio-economic inequality, it remains to be seen what that is!

These lamentations of the 'other workers' will not end because the disparity in working conditions has not ceased to benefit those it benefits. Therefore, the future of these 'other workers' appears gloomy if rigorous measures are not put in place to force that important reform which promotes equity to stop this 'koto de3 ne bo dwe' kind of remuneration gap.

A lot could be done to impose a sense of duty on the powers that be to see some important reforms including demonstrations, unmitigated strike actions especially by the essential service providers with unfettered involvement of the entire membership of these trade unions.

We have always have membership and leaders of these trade unions doing politics by defending or opposing governments based on their political proclivity. This has emboldened politicians to take advantage to protect the status quo, which status quo seeks to protect their interests against all odds.

We must have the political will to not only amend the 1992 Constitution but expunge the very unnecessary duplications like the Council of State whose role is a replica of that of Cabinet ministers or meetings.

This will save the country enough funds to ensure the 'other workers' whose services we have taken for granted all the while, could now begin to reap the benefits of their sweat and smile from their banks monthly just like it is for the beneficiaries of the caricature of Article 71 office holders in its shape and form it functions now.

"The right to an adequate wage does not imply equality of income; but it does, it may be urged, imply that there must be a sufficiency for all before there is a superfluity for some" thus according to Harold Laski's Grammar of Politics pp 107

The time for this all-important reforms is now