A Nation Adrift At Sea 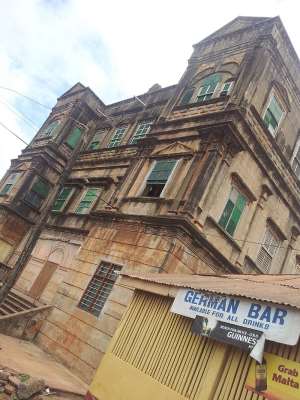 CORRUPTION has been defined severally to include moral perversion; depravity, perversion of integrity; corrupt or dishonest proceedings; bribery; debasement or alteration, as of language or a text; putrefactive decay (or become morally corrupt); rottenness; any corrupting influence or agency; state of being compromised by errors or an action influenced by promise of reward; and the act of corrupting or state of being corrupt.

CORRUPT, as an adjective, includes guilty of dishonest practices, as bribery, lacking integrity, crooked – such as a corrupt judge; debased in character, depraved, perverted, wicked, decayed, putrid and evil like a corrupt society; and when used as a verb, used with an object to connote, inter alia, to destroy the integrity of; cause to be dishonest, disloyal especially by bribery; to lower morally; pervert as in to corrupt the youth; to alter for the worse, debase, taint, infect, mar, spoil or to make putrescent; or for one to become corrupt.

Unfortunately, this is the state we have reached as a people and as a nation, as people now desire public office, not as a position or avenue to serve or sacrifice for the betterment of the general good, especially for posterity or generations yet-unborn but as an opportunity to loot and share, amass wealth, twixt procurement processes to enrich more than one’s self to include generations of descendants yet-unborn.

Funny, that whilst some of our forebearers really sacrificed their all to secure political emancipation for us, others betrayed their generation to include others after us, like Judas Iscariot; and yet, years after those acts, they continue to repackage and re-present themselves as the heroes of our liberation and Independence struggles; and that without them at the helm of affairs, we will be totally lost at sea, considering all its boisterous state.

Again, whilst many are jostling to re-position their fathers and uncles with the ‘embellished’ roles they played in the nation’s quest for independence, they conveniently forget the unique place of George Alfred Grant, popularly called ‘PAA GRANT’, a merchant and politician in the Gold Coast, who has been called “the father of Gold Coast politics”. As a political activist, Paa Grant was the founder, financier and first president of the then United Gold Coast Convention (UGCC) formed in August 1947 and thus undoubtedly, one of Ghana’s Founding Fathers. He financed almost all the activities of the UGCC as well as underwriting the costs of trips of some of the known faces, including paying for Kwame Nkrumah to return to the then Gold Coast from the USA. (Wikipedia)

You know, when a person twists history of a people and a nation to the advantage or exclusion of others, this is also tantamount to corruption.

Truth be told, some of those political characters before us sew the ‘spirit of bribery and corruption’ into our body politick in the days leading to 6th March, 1957 through their dealings with the colonial authority throughout our fight for Independence and from thence to date, casting us adrift as a nation and as a people into the oceans of life.

It is, however, instructive to state that the practice of corruption has never been exclusive to the political class only but most pervasive, spreading almost throughout the lives and cultures of all humanity (including the judiciary, chieftaincy and legislature), as if it is an accepted way of life in all facets of our very existence here on earth.

Growing up in Axim, we were admonished by the elders that because lawyers and judges are most corrupt or worst liars, when they die, they are laid upside down on their faces in their coffins to be buried in their graves because lying and corruption were their trademarks; and also others do not look at the dead faces to become liars as well as corrupt people.

Corruption enslaves the SOUL of a person, a political party, any leadership, a group, a society, a tribe, a school, an institution, a community, a suburb, a township, a people and a nation, including those yet-unborn, taking away one’s liberties, self-respect, dignity, decency, respectability, morality, stature, eminence, worth, sublimity, nobleness, importance, and knowing also that, it doesn’t give anybody any respectability in spite of all the resources one has amassed over time during public or civil service, especially from positions of leadership and trust.

This ‘soul’ has been defined as the topmost principle of life, feeling, thought, and action in humans, regarded as a distinct entity separate from the body, and commonly held to be separable in existence from the body; the spiritual part of humans as distinct from the physical part. It is also the spiritual part of humans regarded in its moral aspect, or as believed to survive death and be subject to happiness or misery in a life to come like its immortality; or the disembodied spirit of a deceased person like soul of the deceased would haunt a living person; and the emotional part of human nature or the seat of the feelings or sentiments.

The ‘soul’ could also stand for a human being; a person or set of values such as high-mindedness; noble warmth of feeling, spirit or courage; the animating principle; the essential element or part of something; or the inspirer or moving spirit of some action or movement; or the embodiment of some quality; or better still, shared ethnic awareness and pride among ‘Black’ people, especially Black Americans or Ghanaians.

It is further considered as characteristic of, or for Black Americans or GHANAIANS or their culture as the quality in a person or society that arises from a concern for what is regarded as excellent in arts, letters, manners or scholarly pursuits; or a particular form or stage of civilization, as that of a certain nation or period; or shared beliefs, behaviours, or social environment connected with a particular aspect of society; or the behaviours and beliefs characteristic of a particular group of people, as a social or ethnic entity.

The fact of the matter is that, considering our current Fourth Republican dispensation, we seem to have lost this ‘SOUL’, which encapsulates who we are as a people: GHANAIANS and as a nation: GHANA, because of the depth and dearth of the canker of corruption we are faced with, knowing it permeates all levels of our society and existence.

It is again, most endemic in our public and civil services from the low-level public servants demanding and accepting bribes to national leaders stealing millions of dollars annually, which could otherwise be applied to solve or ameliorate all the problems facing our people; this very canker being present even in the most sacred institutions as the church, judiciary and chieftaincy, where lying is supposed to be abhorred.

Losing this ‘SOUL’ of the people and the nation has cast us adrift at sea, boisterous as it is and may seem most times, we have become bankrupt in all matters of governance and thus, requiring us to craft a new identity with new set of values for a ‘NEW GHANA’.

What we ought to be seeking to achieve or address now, is to pursue a RE-AWAKENING process of consciousness, a revival, a recognition, or a realization of the type of precipices we face now as a people and a nation, and which poses an unprecedented threat to our very existence of who we really are as Ghanaians.

“There Is No One Righteous, Not Even One” (Romans 3:10) says the Good Book, so there is no one without corruption.

How then do we get safely to the shores of the ‘NEW GHANA’ from all the wanderings at sea and wilderness, how do we get back to what inspired our forebearers to fight for political independence?

This is the CROSS, we individually and collectively, have to bear, knowing that we do not have time on our side for where we have reached seems to be the ultimate PRECIPICE, or otherwise we lose this nation. This reference to the CROSS therefore resounds the very essence of our nationhood.

The laws should not only work but be seen by all to work, irrespective of whose ass it goads and that is why we should begin by revoking the INDEMNITY CLAUSES imbedded in the Fourth Republican Constitution for the Office of the President so that all of us become equal before the law, none above or below, especially the President and his Ministers or appointed persons to be held accountable for any impunities in office.

This way, nobody will or shall ever be above the law for any infractions committed whilst in or out of office after the stated period and also that the audited annual financial accounts of the Office of the Presidents ought to come before the Public Accounts Committee (PAC) of Parliament for proper interrogation.

A Change is Gonna Come, sooner than later, need I say more?