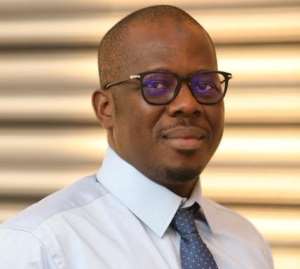 He added, "Be rest assured, as you take up this responsibility, of the Ghana Chamber of Mines and its members’ continued friendship and support throughout your tenure in office.

"I look forward to working with you in promoting environmentally, and socially responsible mining for the mutual benefit of our organisations, host communities, States, and the sub-region."

The Executive Director of ECOWAS Federation of Chamber of Mines (EFEDCOM), who is also the CEO of the Ghana Chamber of Mines, Mr. Sulemanu Koney on his part stated that “we are excited to work with you at EFEDCOM to promote our industry in the sub-region. We congratulate you on taking up this role and wish you very best in executing your responsibilities.”

Mr. Soro has built his career in promoting the private sector in general and mining. He holds a University Diploma in Scientific Education (DUES) specialising in Special and Higher Mathematics, a Master's degree in Business Administration and Management Sciences and a certification in Global Learning Initiative for International Trade.

He has also taken several training courses in the mining sector, including deposit management and economic evaluation at Queen's University in Kingston, Canada, and in Corporate Social Responsibility (CSR) with the International Development Institute in collaboration with McGill University of Canada. He has also been a temporary CSR teacher at some universities in Burkina Faso.

Mr. Soro worked for 18 years in the development of international affairs with French and Canadian diplomatic and cooperation services, international trade, and extractive sector management. He has participated in several national and regional initiatives as Trade Commissioner at the Canadian Embassy in Burkina Faso -- where he facilitated the licensing process for many Canadian mining companies -- including the signing of the first Foreign Investment Promotion and Protection Agreement - FIPA in 2015, between Burkina Faso and Canada.

Between October 2015 and December 2017, he held the position of Superintendent of Corporate Affairs of the Essakane Mine of the IAMGOLD group. Since 2016, He has been a member of the Board of Directors of the Chamber of Mines, and Chairman of the CSR and Communication Committee.