The Press is Democracy's Last Hope in Liberia: Mayor Jefferson T.Koijee must not use the Press Union of Liberia (PUL)

for “Pay-to-Repair” – A Letter to PUL President Charles B. Coffey
By Martin K. N. Kollie
Liberia 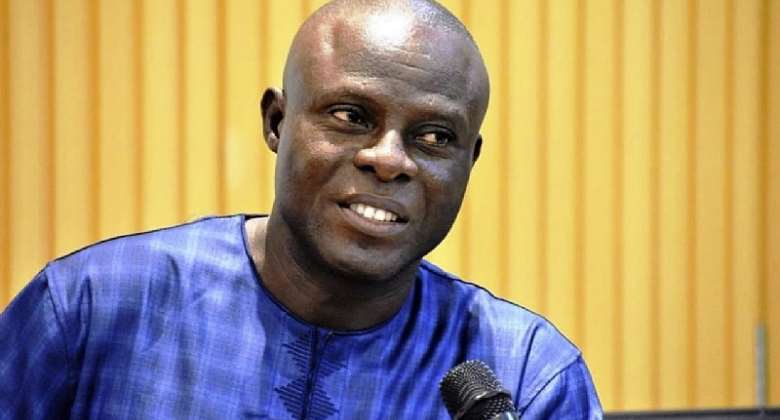 Being conscious of Article 20 of the Code of Ethics of the Press Union of Liberia which accentuates a responsible and accountable Press that seeks public interests, I am thrilled to pay homage to all Liberian journalists who continue to serve as guarantors of democracy and guardrails in defense of good governance throughout Liberia.

To you, journalists, whose pens and microphones continue to inspire real CHANGE and rekindle pluralistic democracy in Liberia even at the peril of your lives, I say to you "Kudos and Happy World Press Freedom Day". You are our true heroes and heroines. History has a special place for you because your honest strives are indelibly awe-inspiring.

The American Statesman and Diplomat in Thomas Jefferson was apt in his cogent submission when he averred, “The only security of all is in a free press.”

On Tuesday, May 3, 2022, Liberian journalists will once again assemble in River Gee County to observe this year’s World Press Freedom Day under the global theme “Journalism Under Digital Siege”.

In June 2019 when the Government of Liberia abruptly and unjustifiably shut down the internet in a furtive attempt to disrupt a mass peaceful protest, repress dissent, and foil journalists from accessing the free flow of information, such vile endeavor can be likened to a Digital Siege by a despotic regime.

Mr. Coffey, I have just verified that you have invited Monrovia City Mayor Jefferson T. Koijee to serve as your Keynote Speaker on the occasion marking this year's World Press Freedom Day. This latest decision to prefer a brute as your "guest orator" is not just unthinkable but it heaves or hurls the hard-earned reputation of the Press Union of Liberia into public opprobrium.

Either you have forgotten or you chose to ignore history but let me remind you, Mr. Coffey. In March 2018 under your leadership and signature, you released a dossier in lieu of a press statement titled “Upsurge in Official Intimidation of Journalists in Liberia”.

In this dossier, you vehemently blasted this same Mayor in Jefferson Koijee for his unending attacks on journalists and his vicious attempt to muzzle press freedom. Please follow this link and read some highlights of your own statement: https://newspublictrust.com/liberia-upsurge-in-official-intimidation-of-journalists-says-pul/.

Mr. Coffey, I am constrained to ask this simple question: What has changed in just a few months? Wow. Wow. Wow. So Koijee has now become a “pro-media saint” to address journalists that he once attacked without contrition? This is the same Koijee who attacked FPA editor in April 2018. Mr. Coffey, please read via these two links: http://www.liberianlistener.com/2018/04/05/media-under-assault-in-liberia-koigee-attacks-fpa-editor/ and https://gnnliberia.com/2018/04/05/cdc-govt-launches-attacks-on-the-media-koijee-becomes-the-latest-attacking-fpa-editor/.

Again, I am constrained to ask: What has changed all of a sudden? Mayor Koijee has not just been labeled as a human rights violator but also stamped as a democratic deviant by international human rights organizations including the U.S. Department of State, the U.S. Congress, the International Justice Group, etc. Please read these reports that have labelled Jeff Koijee:

If PUL snubs these credible international reports and tolerates a bellicose character like Jefferson Koijee to serve as "keynote speaker" or "guest orator", this could undermine the genial relationship between the PUL and its international partners. How could PUL even think about inviting mayor Koijee as “Guest Speaker”? I am still finding it difficult to fathom this because it appears like a fantasy. The CDC-led Government under Mayor Jeff Koijee has been and remains very repressive against journalists and those perceived as critics.

Mr. Coffey, let me remind you through this chronology of about 70 different attacks on Press Freedom and Journalists in less than five (5) years under the CDC-led Government.

Here is a list of about 70 vicious attacks on journalists:

Mr. Coffey, it is important to note that before the CDC-led Government could assume power in 2018, Liberia ranked #89 out of 180 countries on the World Press Freedom Index. After almost 5 years under this same government with Koijee as the Monrovia City Mayor, Liberia now ranks #98 out of 180 countries. This clearly suggests that press freedom in Liberia has drastically declined by 9 points as a result of these vicious attacks (Reference: https://rsf.org/en/liberia).

Mr. Coffey, there are more of these attacks to reference but let me stop here. The media has been and remains a major target of repression and censorship under the Weah-led hegemony of which Koijee is a leading perpetrators of some of these attacks. So, on what basis are you inviting Koijee to address the assembly of ethical, professional, and independent journalists in Liberia? PUL has to rethink its decision before May 3, 2022.

As an exiled activist and a former student leader whose admiration for the Liberian media remains undeniable. I appreciate the sacrifices and devotion of the media in Liberia. But I would like to beseech you, Mr. Coffey, to take a u-turn or a rowback on this decision. PUL must be different from ULAA. A lot of people are watching to see what happens next. I admonish every Liberian journalist in and out of Liberia to stand up for what is right and prudent amidst incertitude.

The stakes are high and the Press Union of Liberia must not get itself embroiled into what I describe as “Pay-to-Repair-and-Rebrand”. Koijee wants to repair and rebrand his blotched image of brutality and tyranny. The PUL must not and cannot be used as that vehicle for such travesty. Liberian journalists must stand up now in order to salvage PUL’s hard-earned reputation. Koijee is diametrically unqualified to address any democratic forum; let alone the World Press Freedom Day.

Recommendation: Do not invite Mayor Koijee as the Keynote Speaker or Guest Orator on World Press Freedom Day because this could haunt the PUL now and in the future. If Mr. Coffey cannot reverse his decision, I call on all journalists to boycott his pro-CDC and pro-Koijee WPFD celebrations in River Gee County.

Mr. Coffey, I thank you and please extend my utmost regards to all journalists in Liberia. With patriotism and courtesy, I remain in pursuit of a free and an independent PRESS.

The Committee to Protect Journalists (CPJ)

The Association of Liberian Journalists in the Americas (ALJA)