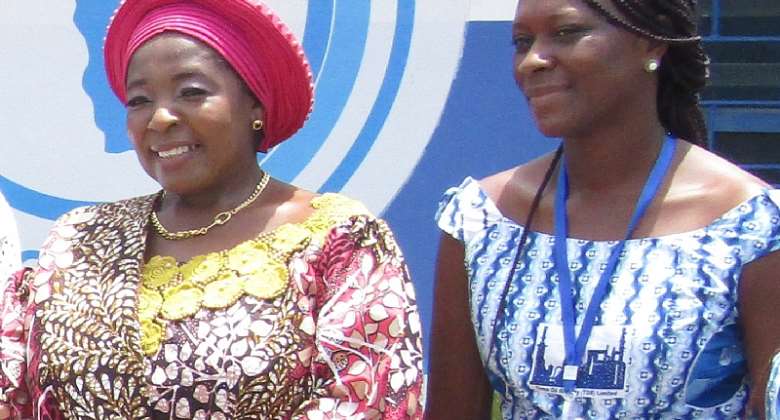 Mrs. Matilda Adane Okrah, Maintenance Planner at the Tema Oil Refinery (TOR) has said as is the case with many industrial sectors of the world economy, oil and gas boardrooms are historically homogenous spaces where female faces are few and far between.

Quoting the World Refining Association (WRA) report “Women of Downstream: the female faces of the refinery boardroom,” Mrs. Okrah said the report reaffirmed that although downstream companies seem to perform better than oilfield services and upstream companies, the percentage of women in oil and gas is low across the board, estimated at around 20 percent representation.

She said the WRA network has shown the way by engaging with some of the most influential women in the industry, who have all broken the proverbial glass ceiling and built impressive careers in various segments of the downstream sector.

Mrs. Okrah stated this at the eleventh monthly stakeholder engagement seminar organized by the Ghana News Agency Tema Regional Office which is a platform rolled out for state and non-state actors to address national issues as monitored by the Communication for Development and Advocacy Consult (CDA Consult).

Mrs Okrah said in addition to its inherent value of justice and equality, diversity is proven to enhance decision-making, providing different perspectives and a broader range of solutions to the ever-varying problems this industry faces today.

Mrs. Okrah, therefore, challenged Ghanaian women to venture into the oil and gas field as the potential to survive now is greater.

Meanwhile Nanahemaa Fremponmaa Sarpong Kumankuma, the Chairperson of the Convention People's Party (CPP) also at the event tasked women to dare into other strongholds, “let’s avoid the comfort zone phenomenon and venture into the global field to play the game on equal terms”.

She encouraged women, the vulnerable, and the youth not to place any operation, academic, tribal, or religious limitations on themselves but rather acquire knowledge and enter the game field even if it is a landmine with the requisite skills we can maneuver to succeed.

The CPP Chairperson urged women to organize things properly as they acquire skills in the various fields and “never set personal limits, there is space for all to operate successfully”.

Nanahemaa Kumankuma said that most women need to break the mental barriers which limit them from venturing into male-dominated fields like engineering, technology, politics, and others.

She noted that if women can get into the various fields, they should learn more from the men and also take up leadership positions in the companies they find themselves in.

The CPP Chairperson said gender inequalities can be measured between men's and women's opportunities in three major areas economic, participation, and decision making - the share of women and men in senior professional and technical positions and senior officials and managers.

According to Nanahemaa Kumankuma, the 2020 Global Gender Gap report identified political empowerment, educational attainment, health and survival, and economic participation and opportunity as the four indexes that help to measure and determine global gender equality.

The Problem of Presidential Travels and the IMF
14 minutes ago