Below is a press release on a significant statement by President Muhammadu Buhari of Nigeria on the restitution of looted Nigerian treasures. The declaration clarifies critical issues that have led to doubts or controversies between groups in Nigeria and abroad. Sometimes, these issues have been utilized as excuses by unwilling holders of looted objects to create distrust and disputes.

The NCMM and the traditional authorities co-operate to safeguard and preserve Nigerian culture. The restituted treasures will be returned to the places where they were taken. The traditional leaders are considered ’the true guardians of our history, customs, and traditions. This directive finally settles the question of who the owners of the retrieved treasures are.

Henceforth, be there should be no room for asking where the restituted objects are to be returned or who the owners are. Others have tried to argue or defend delays in restitution on this basis. Moreover, no one can still argue that there has been no demand, formal or informal, from Nigeria for looted artworks, as Bristol Museum recently argued.

The President emphasized the determination of Nigeria to recover her stolen treasures and urged all holders to emulate the gestures of the University of Aberdeen in returning a commemorative head of an Oba, and Jesus College, Cambridge, in restoring the Okwukor to Benin. Germany’s decision to return 1,130 Benin objects was also commended as a worthy example to follow. Thus no one can argue, as some Western museums have done in the past, that no one has asked them to return looted Nigerian artworks. This discredited pre-Ouagadougou argument should be finally abandoned.

The British Museum has still not answered the official letter the Director-General of the MCMM, Professor Abba Issa Tijani, handed over to the Director of the British Museum, Hartwig Fischer, last October. Meanwhile, the museum’s homepage continues to use misleading, misrepresenting, and distorting language, omissions, and half-truths about the Nigerian request for the restitution of the Benin artworks. https://www.britishmuseum.org/...contested-objects-collection/benin-bronzes

Nigeria will recover her looted treasures whether museums and other institutions, major or minor, accept it or not. The direction of history towards restitution can be recognized by all.

Bronze for Benin, Gold for Ghana, Silver and Gold for Ethiopia.

In the aftermath of the return of two important Nigerian artefacts from Britain, President Muhammadu Buhari has appealed to nations, institutions, and bodies, both private and public, to return Nigeria’s artefacts in their possession.

The President welcomed the official handover, on Saturday, of the Okwukor and the Head of an Oba of Benin bronzes, to the Oba of Benin, His Royal Highness, Oba Ewuare II.

They were repatriated from the University of Cambridge and University of Aberdeen, respectively, in the United Kingdom, after 125 years of their leaving the territory of present-day Nigeria.

Urging other countries to take a cue from the institutions, the President vowed that the Federal Government will pursue the repatriation of Nigerian artefacts vigorously.

He pledged that government would ensure that they are put to good and proper use on their return in museums and other facilities in conjunction with the royal families and kingdoms that lost these artefacts.

The President noted that in line with international law and practice, export, import and control over antiquities are matters within the purview of national governments to be exercised on behalf of sub-national authorities, institutions and bodies.

''These are unprecedented moves worth emulating by others,'' he said, adding that the Federal Government hopes to work hand in hand in the future to encourage the return of more Nigerian artefacts from the United Kingdom.

''I also want to appreciate the Federal Republic of Germany which is planning the process of repatriating 1,130 Benin Bronzes to Nigeria from many of Germany’s public museums. These returns are scheduled for this year.''

The President also commended the High Commissioner of Nigeria to the United Kingdom, Sarafa Ishola, and the National Commission for Museums and Monuments (NCMM) for their

collaborative works that led to the repatriation of these artefacts.

The President said it is noteworthy that several others are currently in the process of being returned while discussions are ongoing to repatriate many more.

President Buhari recounted that the artefacts now returned to the Oba of Benin were taken away by British soldiers in 1897 when they attacked the ancient Benin Kingdom and took thousands of artefacts away.

''These artefacts are part of the records of the history of the Benin people.

''My directive to return these artefacts to the Oba of Benin marks the beginning of another aspect in the highly valued relationship between the Federal Government of Nigeria and our traditional institutions who are indeed the true custodians of our history, customs and traditions.

''This directive is also significant because it will introduce a working relationship between the Federal Government as represented by the NCMM and the traditional institutions whereby this Commission negotiates the release of antiquities from foreign museums and institutions on behalf of Nigeria and the traditional institutions that lost the antiquities and jointly they all take steps to ensure the valourisation of Nigerian and Nigerian people through these great arts and cultural emblems,'' the President explained.

Senior Special Assistant to the President 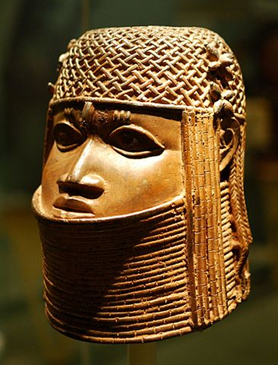 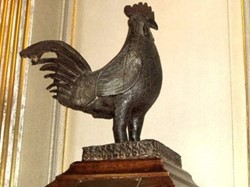 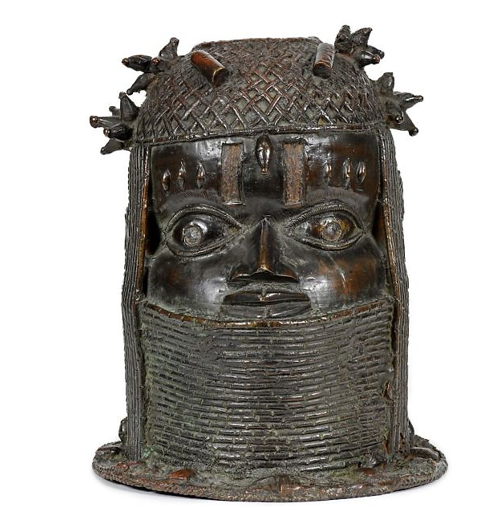 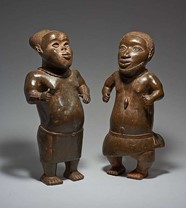 Court Dwarfs, Benin, Nigeria, now in World Museum, Vienna, Austria. Will they return to the Oba’s court, or will they remain in continued illegal and illegitimate detention in Vienna? 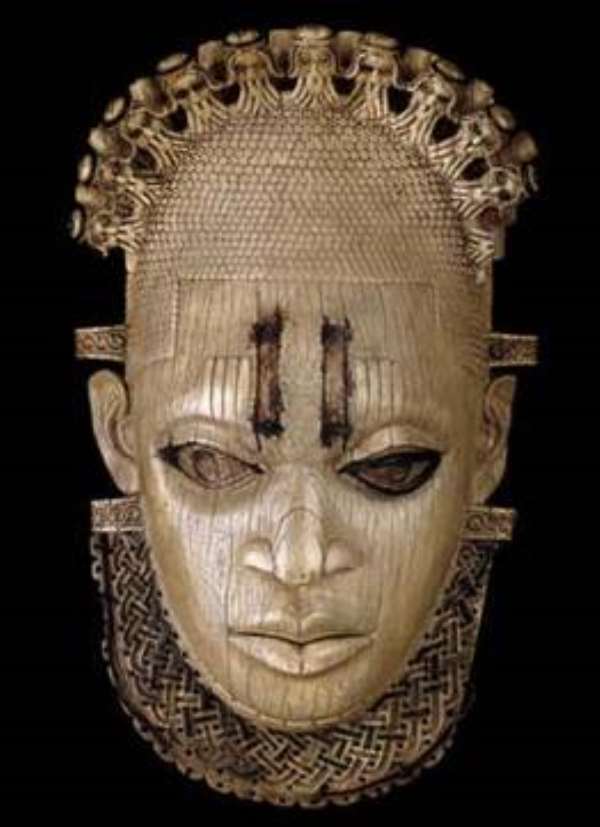 Queen-mother Idia, Benin, Nigeria, now in British Museum, London, United Kingdom. Will the great Benin heroine return home to her people in Benin or remain in continued 125 years of illegal and illegitimate detention in the colonialist and imperialist capital?