Abronye has been arrested and arraigned; What is the next propaganda we should expect from Mahama's NDC? 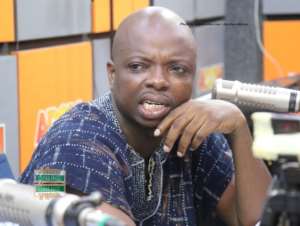 When Oliver Barker-Vormayor was first arrested by the servicemen with integrity, Ghanaians had to suffer from the usual nation-wrecking commentary by the NDC leadership including Members of Parliament from the minority group who are supposed to know better what it means for a country's constitution to be overthrown.

Their arguments, grounded on the non-factual claim that Oliver was politically witch-hunted was gaining weight. After all, the few Ghanaians who had already bought into their E-Levy campaign were right there to be used for their demonstration exercise which may have been titled "Justice for Oliver Barker-Vormayor".

Then came the invitation of Chairman Kwame Baffoe (Abronye) by the same servicemen with integrity to aid in some investigations of an alleged comment he may have passed some time ago concerning former president John Dramani Mahama. He honoured the invitation and accepted to be arraigned. The next action is in the hands of our competent courts of jurisdiction.

Though Lawyer Akoto Ampaw, one of the lawyers to the President and lead counsel for the president in the 2020 election petition is Vormayor's lawyer, Ghanaians were still told that the government was witch-hunting him. It is this false allegation of witch-hunting as perpetuated by the NDC that calls for the question; Is Chairman Kwame Baffoe Abronye also politically witch-hunted by the government?

It is only reasonable to accept that, the Ghana Police Service under the able leadership of IGP Dampare is sanitizing the system. If we once ridiculed the GPS when they seemed to have been slumbering, then, we must be bold enough to applaud them at a time we all agree that they have awoken from their long deep slumber.

Vormayor is facing the law just as the law finds him as a suspect capable of aiding investigations and so is Abronye. Their invitation, arrest, detention and arraignment must not in any way be linked to the government. We must appreciate the wisdom in allowing our institutions to work independently as required by law. None is above the law.