Coup Allegation: Prosecute Oliver Barker-Vormayor To Serve As Deterrent To Others With Coup Intentions 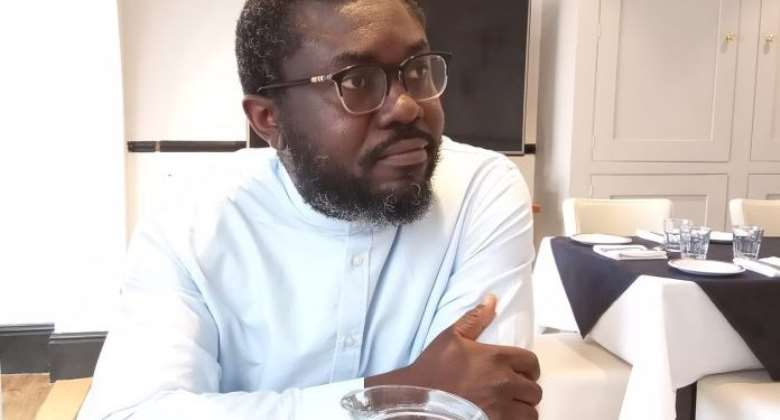 “A tyrant is always stirring up some war or other, so that the people may require a leader.” — Plato

Oliver Barker-Vormayor knew what he meant when he said, "I will do the coup myself". For those who have joined in his vague defence that the usage of the word "Coup" did not mean a military-like junta as Ghana has witnessed in years before 1992.

Assuming without admitting that the false introduction of an 'e' before the coup to make it an E-Coup makes any meaning, what is an E-Coup? Is there any historical and political proof of any such agenda regarded as an E-Coup?

But then, let's also interrogate what the military has got to do with an electronic coup assuming without admitting that Vormayor truly meant an electronic coup d'état. Evidence from the archives of Ghana's political history does not support his claim of an "E-Coup d'état". 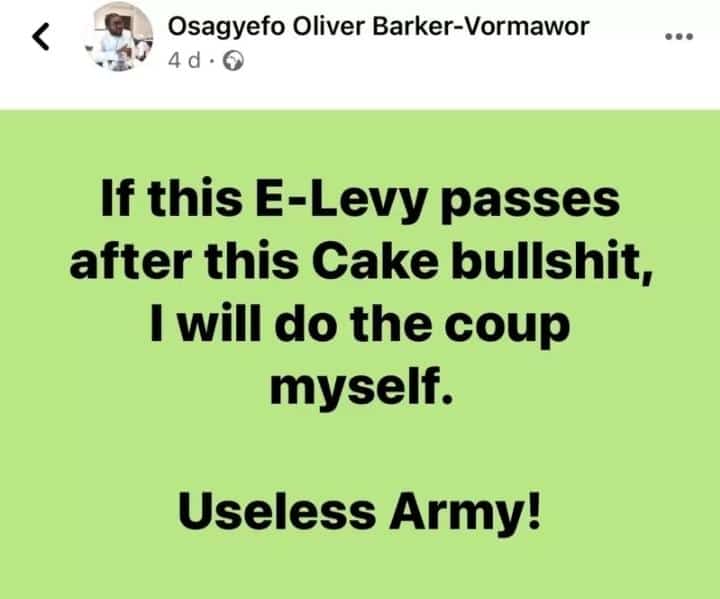 The military of Ghana, dating back as far as 1964 has never staged an electronic coup d'état. Every coup d'état organized by the military all across Africa if not the world has been one done through the barrel of the gun.

In their refusal to do what Oliver Barker-Vormayor may have attempted to convince them to do, he, Vormayor, a practising lawyer who understands the repercussions of a military or military-like revolution had nothing but one phrase to say to them; "useless army".

A coup d'état is not the way to go in a country such as ours which have had the experiences of such actions and the deadly repercussions thereof. Ghana should not burn because Oliver Barker-Vormayor thinks he is not pleased with the leaders of the country.