Life's Abstracts Against Its Very Essence 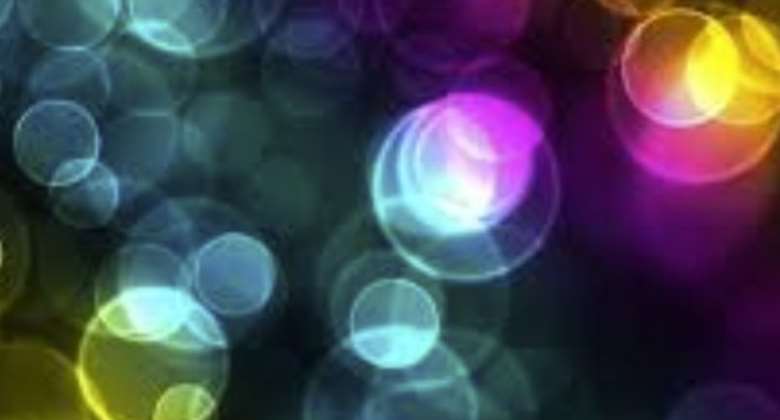 AN abstract has been defined as something theoretical - not applied or practical like science; difficult to understand like abstruse or recondite or esoteric; thought of apart from concrete realities, specific objects or instance, as justice, poverty, and speed; relating to the formal aspect of art, emphasizing lines, colours, generalized or geometrical forms, especially with reference to their relationship to one another; and often pertaining to the nonrepresentational art styles of the 20th century.

It is also a summary of a text, scientific article, document, or speech as epitome; something that concentrates in itself the essential qualities of anything more extensive or more general, or of several things; essence; an idea or term considered apart from some material basis or object; and to consider as a general quality or characteristic apart from specific objects or instances.

In the generality of humanity – all human beings collectively; the human race; humankind; the quality or condition of being human; human nature; the quality of being humane; kindness; or benevolence – LIFE has always assumed a matter beyond the mere comprehension of man himself, especially from the art of giving life at birth and taking it at death, to the point of mysticism and most times beyond comprehension.

People, in their varied desperations to understand and appreciate LIFE itself, have created or formed several idioms around the word in local languages like ‘Obra Ye Ku’, translated simply as ‘Life Is War’ or ‘Obra Ne Woara Abo’, meaning “Life Is How You Live It” and ‘Obra Ye Bonah’, meaning “Life is like a See-Saw, one time you are up and another time, down”.

To my small, village understanding, life is such a complex subject, especially regarding our time here on earth, this sojourn – temporary stay of three scores and ten, a standard by the Holy Bible, but definitely not like the time of Enoch, when Methuselah, a patriarch lived for 969 (nine hundred and sixty-nine) years. His whole life span makes him the longest-lived human and the grandfather of Noah and the son of Enoch. Noah himself was 950 (nine hundred and fifty) years old when he died, after shepherding God’s creatures through the flood, leaving behind three sons, from whom the human race descended, according to the Bible.

The most intriguing aspect of our lives as humans is why our lifespan got reduced to just seventy (70) years and if perchance, we find favour with our Creator, could live beyond as close to Abraham’s, who died at the age of 175 (one hundred and seventy) years or according to Islam, lived 200 (two hundred) years. Indeed, Abram, as he was then called, was ninety-nine (99) years old, when the LORD appeared to him and said, “I am God Almighty; walk before me and be blameless. I will confirm my covenant between me and you and will greatly increase your numbers.” “As for me, this is my covenant with you: You will be the Father of many nations.”

Our whole time here on earth is like a TRANSIT area, where this TRANSITION is for a divine purpose, designed by our Creator for a certain assignment or assignments through space and time. However and unfortunately, the minute details can only be decoded from our DNA or “DEOXYRIBONUCLEIC ACID’, which is an acid in the chromosomes in the centre of the cells of living things. This DNA determines the particular structure and functions of every cell and is responsible for characteristics being passed on from parents to their children.

Indeed, the mystery holds the key to the reasons why we are here on earth and the assignment crafted in our DNA for us to execute before proceeding through death to the next lap of our spiritual lives through space and time. If you get into the mistake of thinking that we are here only for the ‘eat and drink and tomorrow you die’ philosophy or creed, then you have really missed the whole point or purpose of why you are here on earth; and specifically why you came here as a ‘Ghanaian’.

It is the absence of our capacity to discern the matrix of the DNA and appreciate our assignment here on earth, much more as a Ghanaian through our lack of appreciation or discernment, that the whole essence of LIFE here on earth looks liked an ‘abstract’ without any purposeful meaning.

Worse is the fact that we all grow up not appreciating fully the real ESSENCE of the purpose of our TRANSITION than to see LIFE instead with “all its vanities, choices, emotions, mirrors, opportunities, frailties, absurdities, mysteries, windows, doors, contradictions, fallacies, crosses, errors, imperfections, inconsistencies, insecurities and unfairnesses: as the seeming ‘Mirages of Life’”.

The things of the world are to serve as the distractions for which we have to persevere to make sense of everything. Many have taken the high road, including money, riches, fame, power, politics and women or men to the extent that they would not mind ‘killing’ to achieve their seeming ‘goals of life’.

We are most often so fixated on these vanities, frailties, absurdities, contradictions and fallacies that we miss the whole purposes of our lives here on earth. By the way, do you know all the ‘civilizations’ that we have tried to study are now embedded many layers of laterite under the earth?

Where is the RICHEST PERSON OF ALL TIME – Mansa Musa I of Mali, the first King of Timbuktu with a fortune of around $400bn in today’s money and deriving his wealth from his country’s vast salt and gold deposits, which at one time accounted for half the world’s supply, Musa ruled West Africa’s Malian Empire in the early 14th century, constructing hundreds of mosques across the continent, many of which survive to this day.

Then there is Tsar Nikolai Alexandrovich Romanov (Nicholas II) of Russia with a fortune estimated at between $300 - $400bn in today’s money, who was deposed and subsequently executed by the Bolsheviks in the aftermath of Russian Revolution.

The two gentlemen together with the late John D. Rockefeller are amongst the richest ever – at the time of his death, his estate was worth an estimated $340bn in today’s money, almost 2% of total USA economic output. Funny that King Solomon was not even listed and certainly, these men will inspire some of us to dream bigger than what we have been doing for the past how many years.

All of us seem to be so much consumed by the ‘get rich quick’ mentality as if that is the end by itself and then what happens to all that we acquired, genuinely or through corruption, forgetting what the LORD asked of Abraham, the great patriarch, “WALK BLAMELESS BEFORE ME”, without corruption, taking care of the vulnerable and disadvantaged and HE, the LORD will bless him and his descendants.

Amongst all ‘Life’s Abstracts’, the quest to be rich is as valid as the desire to choose to be a hermit and relocate to live in the wilderness to be able to commune with one’s Creator and appreciate the whole essence of life here on earth. How do we live this life of service to mankind, to make life better for those who need our collective humanitarian efforts, to pursue policies as ‘politicians of the right kind’, who will improve the lives of the have-nots so that when we return to our source of spirituality, we could stand up boldly to recount all the services and pursuits that made our nation, Ghana, great and strong.

Let us think about these things and desire to be part of the change, required of us as Ghanaians because for sure….CHANGE IS GONNA COME….sooner than later; and it will be prudent and proper that you sign on as a ‘NEW GHANAIAN’ to be part.