The Need For A New Ghanaian Mentality 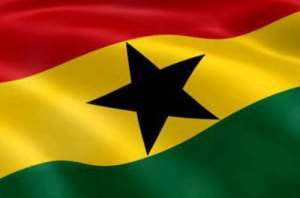 BOB Dylan wrote the song “BLOWIN’ IN THE WIND”, which became a symbolic song of fighting for the rights and equality of people as well as injustices in society and become an anti-war song in the United States of America (USA).

Bob just took ten (10) minutes to write this iconic song of the sixties in a café across the street from the Gaslight and first sang by the New World Singers and later Simon and Garfunkel added their names to the long list of artists, who also recorded the song.

This song is as iconic as Sam Cooke’s song – ‘A CHANGE IS GONNA COME’ and it is argued that this is the case of two of the most beloved tracks in the sixties social justice history against Bob Dylan’s ‘BLOWIN’ IN THE WIND’; knowing it started with Bob’s song, which quickly became one of the iconic works of its time.

If you ask ‘How many roads must a man walk down, before you call him a man: know it is just one as a person walks one proverbial road (LIFE) in their lifetime but could also be interpreted as several because of his many but varied pursuits throughout his lifetime as each pursuit is ONE ROAD.

The phrase ‘Blowin’ in the Wind’ could metaphorically also mean something “to be thought about and discussed, but not decided upon or resolved” but such is the whole essence of every literary work as they lend themselves to different interpretations, especially set within the times that the song was composed or modern times far removed of the incidents of the sixties to now.

This is the lyrics of the song, which incidentally motivated Sam Cooke to write his song “A Change Is Gonna Come”:-

“How many roads must a man walk down
Before you call him a man?
How many seas must a white dove sail
Before she sleeps in the sand?
Yes, and how many times must the cannonballs fly
Before they’re forever banned?

Any human quest for change desired by a people and a nation has never been won on a silver platter, especially one for the betterment of the ordinary Ghanaian, the least regarded by the ruling class, the people for whom they always profess to champion their interests and pursuits like education, healthcare, job opportunities, security and housing. Indeed, the prevailing system of governance has always been against the majority of our people, as against a seeming structure skewed towards the absolute benefit of a certain class of people and their descendants – that definitely isn’t a fair society.

So I ask: how many roads must a Ghanaian walk down before he earns your respect for equal opportunities? How many seas must he swim before he earns a decent accommodation and healthcare services? How many times must he protest, undertake a strike and or demonstrate before his meagre salary and benefits are increased by a small percentage whilst the political gigantic salaries are increased bountifully with new salaries for their spouses? How many years must we continue to vote for the elites before they recognize that we deserve affordable healthcare and health facilities, whiles they continue to fly overseas for medical attention? How many times must a Ghanaian turn his head when they drive around in their 50 (fifty) plus - SUV convoys and pretend we don’t see the profane / profligate use of state resources against our abject poverty as a people?

Sincerely, how many ears must our political class have before they can hear the cries of the mass of our people, wallowing in the dirt of our slums, neighbourhood, communities, districts and regions? How many deaths will it take till they know the pains of the losses of many of our people?

REBUILDING an existing nation with all her idiosyncrasies, eccentricities, traits, features, habits forged over the last sixty years and counting, tricks, distinctions, tribal peculiarities, attitudes, demeanors, deportment, practices, guises, warped morals over decades, decadent rituals inherited through family or tribal affiliations, lack of decencies / decora / tact in dealings with each other as Ghanaians, corrupted mien and practices as well as eroding bonds that hold us together as a nationhood, is definitely not an easy task, considering the fact that none of the military take-overs was able to arrest this decadence.

Worse still is the fact that any attempts at REBIRTH is also doomed as stillbirth because our faults are so imbedded in our spirits that every effort will look like a WINDOW-DRESSING than real desire and commitment to change.

REBIRTH connotes a new or second birth, akin to Nicodemus asking Christ Jesus, “How can a man be born again?” Does he have to enter his mother’s womb and be born again? This definitely is IMPOSSIBLE physically but possible as ‘the rebirth of the soul’, a renewed existence, activity, or growth; and a RENAISSANCE or REVIVAL.

What we are asking for, is the ‘REBIRTH of the ‘GHANAIAN’, the ‘New Ghanaian’.

We are asking for a rejuvenation, reawakening, metempsychosis and indeed, a RESURRECTION or a modification of the ‘old Gold Coaster’ from all fields of national endeavour and pursuits, who subdued all tribal conflictions to stand with the true leaders of the times and win for us our Independence on 6th March. 1957.

We are looking forward to an engagement of singleness of purpose in our fight against the mental slavery that we have been placed under since Independence because we have lost our way after listening to our compatriots, who were wolves in sheep-clothing, recruited by our departing colonialists to ensure that we are never free from their tentacles.

Maybe, we have forgotten the lyrics of the ‘REDEMPTION SONG’ as prophesized by one of the greatest prophets of the black man, Bob Marley –

“Old Pirates, yes, they rob I
Sold I to the merchant ships
Minutes after they took I
From the bottomless pit

Emancipate yourselves from mental slavery
None but ourselves can free our minds
Have no fear for atomic energy
‘Cause none of them can stop the time
How long shall they kill our prophets
While we stand aside and look? Ooh
Some say it’s just a part of it
We’ve got to fulfill the book

Emancipate yourselves from mental slavery
None but ourselves can free our mind
Woah, have no fear for atomic energy
‘Cause none of them-a can-a stop-s the time

How long shall they kill our prophets
While we stand aside and look?
Yes, some say it’s just a part of it
We’ve got to fulfill the book

You know what Bob Marley meant by ‘Emancipation’ - to free from restraint, control, or the power of another especially political leadership or bondage of partisan politics; to free from bondage (and why education at all levels is very critical for our freedom); to free from any controlling influence (such as traditional mores or beliefs).

To free your mind from mental slavery is akin to breaking free, thinking clearly, and going beyond the mental slavery of the times through challenging our own thoughts, paying attention to our childhood dreams, becoming aware of the effects that certain words have on us, and learning to recognize when our thinking and thoughts are being corrupted by our egos as well as political campaign promises.

Where we have reached as a nation, we need to re-engineer ourselves and our belief systems as we begin to question ourselves towards becoming the ‘NEW GHANAIAN’, going back to imbibing in ourselves, the essence of the National Anthem and National Pledge, the real meaning of who we are as ‘Ghanaians’ and for our youth to pay more attention to the song “ARISE GHANA YOUTH FOR YOUR COUNTRY”.

A Change Is Gonna Come…sooner than later.