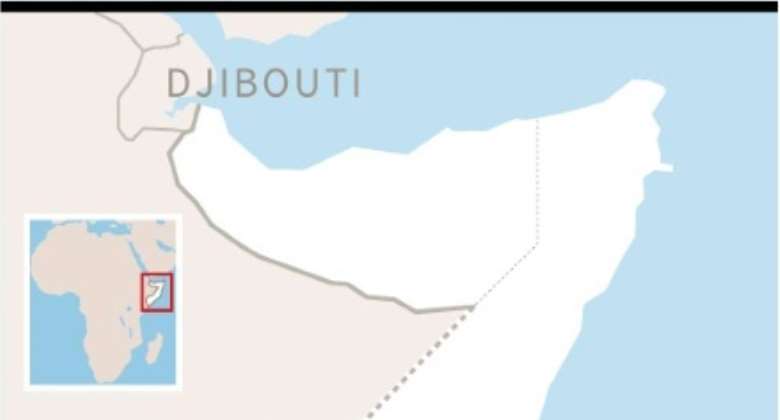 The attack was claimed by the Al-Shabaab jihadist group, which said in a brief statement that it was targeting "foreign officers".

It took place only days after Somali leaders had agreed on a new timetable for long-delayed elections in the troubled Horn of Africa country.

The government said in a statement on Twitter that it condemned the "cowardly" suicide attack, and gave a toll of four dead and six injured.

"Such acts of terrorism will not derail the peace & the ongoing development in the country. We must unite in the fight against terrorism."

"It has also caused devastation in the area," he said, warning that the toll could be higher because a large number of people were in the area.

Witnesses said a multi-vehicle private security convoy escorting foreigners was passing by the area in southern Mogadishu when the explosion hit.

"I saw some of the passengers injured and being carried after the blast," said one witness, Osman Hassan.

Another witness, Hassan Nur, said: "The blast was so huge that it has destroyed most of the buildings nearby the road and vehicles passing by the area.

"I saw several dead and wounded people strewn in the road."

Somalia has been in the grip of a political crisis since February last year after it failed to reach agreement on holding new elections.

Under a deal announced late Sunday after talks between Roble and state leaders, parliamentary polls that should have wrapped up last year are now due to be concluded by February 25.

The agreement appeared to ease the standoff between Roble and Farmajo, who said in a statement late Monday that he applauded the "positive result" on the election timetable.

The crisis had set alarm bells ringing in the international community, which fears it threatens the stability of a fragile country still battling a violent insurgency by Al-Shabaab.

The Al-Qaeda-linked jihadists have been waging a deadly campaign against the weak central government since 2007 but were driven out of Mogadishu in 2011 after an offensive by an African Union force.

However the militants retain control of vast rural areas of Somalia, from which they frequently launch deadly attacks in the capital and elsewhere against civilian, military and government targets.