The word of the Lord was rare 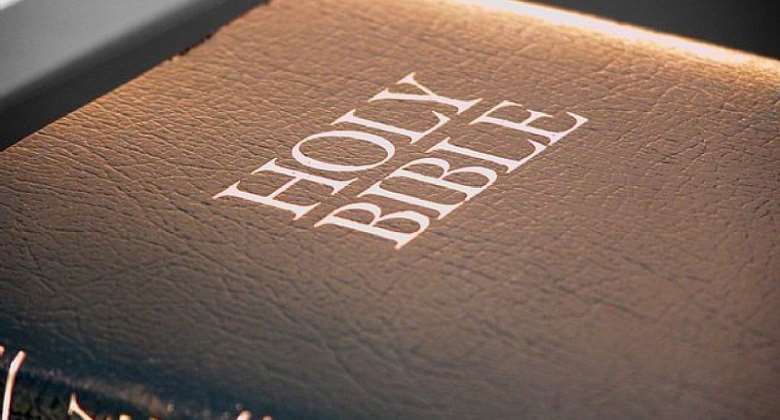 “The boy Samuel ministered before the Lord under Eli. In those days the word of the Lord was rare; there were not many visions.” (1 Samuel 3:1 NIV).

Because the word of the Lord is important and enduring, God is careful about whom He chooses to receive and deliver His word or message. For example, God by-passed the high priest Eli and gave a message to the boy Samuel to deliver to Eli. It is believed that Samuel was about 12 years old at that time. The Bible tells us that Samuel did not yet know the Lord, and the word of the Lord had not yet been revealed to him (1 Samuel 3:7). From a purely human perspective, it would have been much easier and more efficient for God to have communicated the message directly to Eli to avoid hearsay and interpretation or translation problems, but the Omniscient God knew and still knows best.

Another example of the rarity of visions and God’s word in those days was that, facing an imminent threat of invasion by the Babylonian army, Zedekiah, king of Judah, sent for the prophet Jeremiah, a man he did not particularly like, and asked him, “Is there any word from the Lord?” There was, but it was bad news for the king because Jeremiah told him that he (the king) would be handed over to the king of Babylon (Jeremiah 37:17 NIV).

It is important that the word of the Lord be kept real and not distorted or diluted to suit the preferences or wishes of the messenger or the audience. Because visions and the word of the Lord were rare, generally only few people, notably prophets and priests, had direct, recorded encounters with God. It ensured that the messenger and the message were of high quality, trustworthy, and reliable. And so since the days of Prophet Samuel, there have been intermediaries and spokespersons for God such as prophets Elijah, Elisha, Isaiah, Jeremiah, Ezekiel, Daniel, Joel, Malachi, and John the Baptist. The drawback was that many people had to depend on very few people for divine revelations and information.

That was then. Later, God revealed to the Prophet Joel who prophesied that, “And afterward, I will pour out my Spirit on all people. Your sons and daughters will prophesy, your old men will dream dreams, your young men will see visions. Even on my servants, both men and women, I will pour out my Spirit in those days” (Joel 2:28-29 NIV). On his part, our Lord Jesus Christ promised his disciples that he would ask the Father to send the Holy Spirit who is described variously in different Bible translations as advocate, comforter, counselor or helper (see, for example, John 14:16; John 15:26; and John 16:7).

On the day of Pentecost, the Apostle Peter confirmed the fulfilment of Joel’s prophecy and Jesus’ promise when the Holy Spirit filled all the apostles, and he further testified to Jesus as the promised savior who was crucified, but God raised him from the dead (see Acts 2:1-25). In addition, the writer of Hebrews states that God spoke through the prophets in the past, but in the latter days, He spoke through His Son, whom He appointed as heir of all things and through whom He made the universe (see Hebrews 1:1-4).

God’s messages or revelations come to His children in different ways. After Elijah defeated the prophets of Baal by causing fire from heaven to consume the sacrifice, he fled from Jezebel because the queen wanted to kill him. As a way to reassure Elijah, God wanted to reveal Himself to him. God caused a great wind, earthquake, and fire, one after the other, but God was not in any of them. In the end, God revealed himself in “a gentle whisper.” (1 Kings 19:9-12 NIV). Therefore, it is not always through the dramatic or fanfare that the voice of the Lord is heard or the presence of the Lord is felt. Nor is the word of the Lord revealed or proclaimed only through persons with high-sounding titles, the biggest microphones, the best media platforms, or the largest audience. God has opened the floodgates of heaven and poured His Holy Spirit on all who, by His grace, are deemed worthy to receive him.

The word of the Lord must reach the world’s population of about 6.5 billion people living in the 197 countries recognized by the United Nations, and spread across 7 continents. Can you imagine the world with the population of this size and number of countries without the Bible or the indwelling of the Holy Spirit to guide and counsel us with the word of God, and where only one or few people may be hearing from and speaking for God?

However, what is of utmost importance is that whoever speaks for God, must speak from God. As John the Baptist said concerning Jesus, “the one whom God has sent speaks the words of God.” (John 3:34 NIV). Therefore, if any person purports to speak for God, the message must be inspired by the Holy Spirit and consistent with the teachings of the Bible.

In time past, the word of the Lord was rare and there were not many visions. God, through our Lord Jesus Christ, changed that situation. Today, the word of the Lord is abundant and accessible, through the inspiration of the Holy Spirit and the Bible, to all who present themselves as worthy instruments to be used by God to go into the world and make disciples of all nations. God is careful about whom He chooses to receive and deliver His word. However, as a Christian, the Apostle Peter says you are a member of a “chosen people,” a “royal priesthood,” and a “people belonging to God.” (See 1 Peter 2:9). Therefore, count yourself worthy as a potential recipient of God’s word and as a messenger to deliver it wherever you are and beyond.

At the same time, we should listen carefully for the voice of the Lord; we might hear it. In the midst of a cacophony of voices in and outside of the Church by many people who profess to hear from and speak for the Lord, we need to discern and look for the gentle whisper, or the still small voice, of the Almighty God. In that respect, maybe the real word of the Lord is still rare.

Mozambican President to address Ghana's Parliament May 25
37 minutes ago