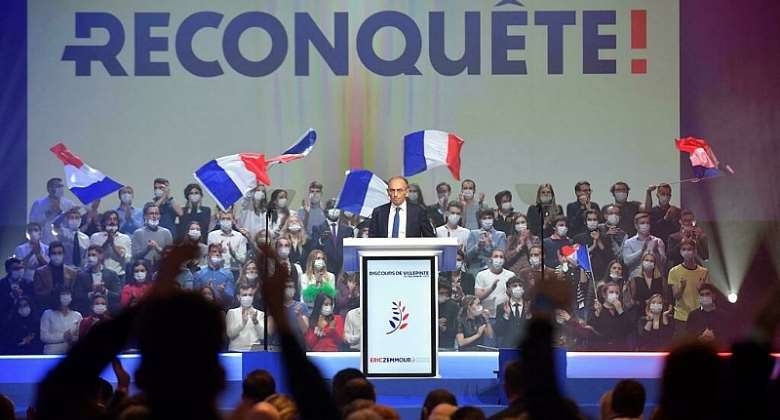 French prosecutors are to investigate violence that broke out at a presidential campaign rally on Sunday by far-right firebrand Eric Zemmour.

Some 60 people were arrested during the event, staged in the suburb of Villepinte – which lies on the outskirts of Paris in the ethically diverse department of Seine-Saint-Denis.

The 63-year-old candidate was himself injured after a man, now in custody, rushed across the room and grabbed Zemmour's wrist as he tried to take the stage.

Supporters of Zemmour tackled protesters who stood up wearing t-shirts saying "No to Racism”, with reports that chairs were thrown at the protesters.

Activists from the group SOS Racism were reportedly beaten before being evacuated from the room. Some journalists were also booed and removed by security.

The violence happened despite the presence of riot police who had amassed outside the exhibition centre and searched thousands of people's bags as they arrived.

Zemmour, an author and television commentator, on Tuesday announced his intention to run in next April's presidential election, putting himself in competition with France's veteran far-right leader Marine Le Pen.

On Sunday he told the crowd: “The stakes are huge: if I win it will be the start of winning back the most beautiful country in the world.”

He also presented the name of his new political party, "Reconquete".

Zemmour has accused the French political establishment, including centrist President Emmanuel Macron, of failing to control immigration that he says has contributed to France's decline.