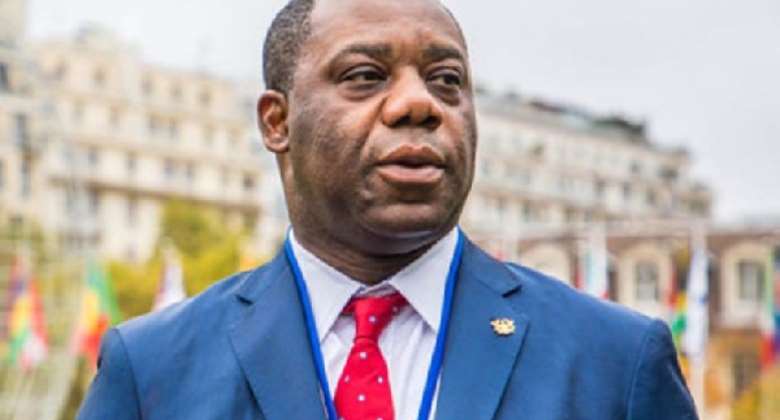 For a minister of state, Dr. Matthew Opoku Prempeh affectionately called NAPO, to say he will lead Kumasi people to demonstrate just because there is a life threatening issue of a tidal wave to be dealt with in Keta is one of the lowest ebbs of condescension in our body politics and smacks of arrogance of power which must not be allowed to fester.

First of all, do we blame the people of Keta for the misapplication of funds meant for the construction of sea defence in Keta by a former minister under the NDC administration?

Secondly, is it the argument of NAPO that the people of the Volta Region stand no chance of benefitting from development projects carried out from taxes which include their own contributions as citizens of this country just because NPP is in power and also because majority of them vote for the NDC?

If the above is the argument, then people like NAPO should be quiet when development seems to be dragging its feet in Ashanti Region when NDC is in power because majority of the people in our region too vote against the NDC.

It is worthy to note that even in advanced democracy like the United States, the Democrats and the Republicans have got their own strongholds. For instance, political pundits refer to 18 U.S. states and the District of Columbia that the Democrats consistently won in presidential elections between 1992 and 2012 (Wikipedia, Blue wall, U.S. Politics).

Therefore, voting for the NDC and NPP respectively by majority of the people in the Volta and Ashanti Regions is not a crime and in fact, consistent with places where democracy is understood and practised best as illustrated above.

It is true that NPP does not have any parliamentary seat in the Volta Region which is their inalienable right but the disillusionment of Ghanaians prior to the 2016 elections cut across the entire country including Volta Region.

This is evidenced by the statements of key Voltarians including endorsement of the then presidential candidate of the NPP Nana Akufo-Addo by Volta Chiefs, the cumulative effect which was the landslide margin of votes the NPP won in the 2016 elections. Make no mistake, the NPP benefitted from such statements in that elections immensely.

What NAPO needs to understand is that he may be responding to the NDC MPs for not pushing for the Keta Sea Defence project when they were in government and thus 'crying more than the bereaved' but the collateral damage is that statements like this is what affect the fortunes of the NPP in the Volta Region because it directly attacks the people in that region.

What the average Ghanaian needs is respect not arrogance. For no part of this country is exceptionally developed because they vote for either of you two parties. If that were the case, Kumasi would have become motorable by now.

Try going to Suame from Afrancho or from Kejetia to Santase from 4 pm and you will appreciate the traffic situation in that city so no where is developed because they vote for the NPP. This is only few examples of many bad traffic congestion in Kumasi which you have failed to tackle.

The 2024 election is increasingly becoming easy for the NDC day-by-day and night-by-night due to arrogance of power, what the average Ghanaian hates most so don't tickle yourself and laugh because no Kumasi person will follow you on this clueless demonstration.