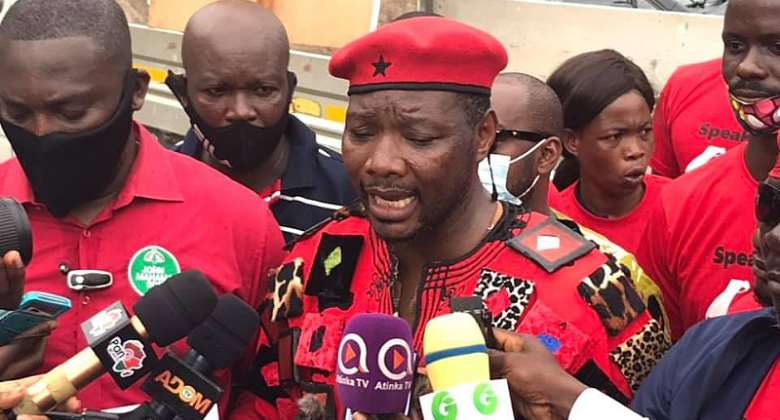 Pressure group, Justice 4 Ghana on Thursday, December 2, 2021, held a meeting with the Greater Accra Regional Police Command to finalise arrangements for its demonstration against the Electronic Transaction Levy (E-Levy).

In a press release after the meeting, the group has announced that the demonstration dubbed 'Yentumi Ahokyer3’ will be staged on Wednesday, December 8, 2021, in the capital.

The demonstration will start at 07:00GMT at Obra Spot with the march scheduled to be taken through Adabraka, Accra Central, the High Court, National Theatre, and then eventually end at Parliament.

According to Justice 4 Ghana, the time to speak up against wickedness on the part of the government is now and members will not relent unless the E-Levy is withdrawn by parliament.

The December 8 demonstration will be joined by other groups including the Economic Fighters League (EFL), FixTheCountry Movement, the Church, Islamic Faith, among others.

Justice 4 Ghana in a statement signed by convener Bernard Mornah is calling on all Ghanaians to partake in the demonstration.

Below is a statement issued by the group after the meeting with the police today: