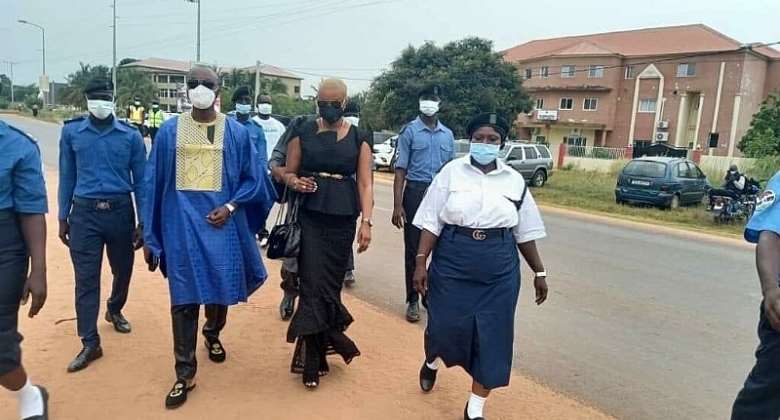 Chairman of the Gambia's independent electoral commission (IEC) has rejected the nomination of Marie Sock, the first female to file nomination for the presidency in the Gambia.

Sock, inexperienced in politics, filed her nomination papers last week, but couldn't meet some of the requirements.

“She failed on section 42 (2) (a) of the election act. Which stated a legally required number of support to nomination by registered voters.”

“She did not submit asset declaration form as per section 42(7) of the election act and two other sections.” Said IEC chair.

The current vice president of the Gambia, Isatou Touray, was the first woman to declare her intentions to run for presidency in 2016.

She later joined the seven parties that backed President Adama Barrow. This makes Sock the only woman to come thus far.

Sock's Reaction
In a press statement issued hours after her rejection Sock, who holds dual citizenship, said she couldn't renounce her American citizenship due to the covid-19 pandemic. which is also a requirement for candidates to be eligible to run for the presidency.

This, she said, affected her preparation while filing for nomination.

“The US Embassy was not conducting any services except in emergency cases. Recently, I contacted the Embassy again as I felt my situation qualified as an emergency case but I was told that because the building was undergoing renovations, they couldn't grant my request. They did not consider the matter a priority.”

Women participation
Women continue to be key players in Gambia's electoral process, yet has low representation in government.

Feminists in The Gambia have been calling for equal participation and opportunities for women.

Jama Jack a feminist activist, said there is a need for women to continue to take up leadership roles in the country.

“It is unfortunate that for this round of the presidential elections, we do not have a female candidate contesting," she said.

"It shows that there is still a lot of work that we need to do to support women through the process of building their political economy right, on to the point where we can witness the election of a female president in The Gambia.”

“I think it is also important to remember that when we call for more meaningful women's representation and leadership in politics," she added.

"We must also take into consideration the qualities and qualifications of the women that are running and what benefit they will bring for women folk in this country when they assume leadership."

This should be no different from the standards be set for men, of course. Our strategy for the future must ensure that we are supporting feminist leaders that will serve the interests of all, especially the most vulnerable and the most marginalized.” Jack added.

Rejected Candidates
An initial twenty-five aspirants filed for nomination, four withdrew and joined other political parties. Among these four is the former vice president of the Sir Dawada Jawara regime, Bakary Bunja Darboe who has now joined the country's main opposition party.

The fourteen disqualified candidates, like Sock, failed to meet the requirements of the IEC.

Political science lecturer at the University of The Gambia and now leader of Citizen Alliance Party, Ismaila Ceesay, and leader of Gambia Moral Congress, Mai Ahmed Fatty, both announced they will challenge the IEC's decision.

At least seven of the rejected candidates have joined president Barrow ahead of the December 4 polls.