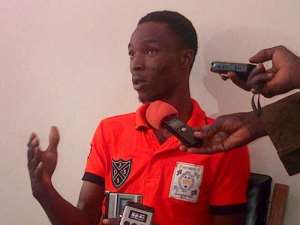 Who is lying? the aide of the former President, Dr. Goodluck Jonathan replied.

Delta-born Fejiro Oliver on Thursday exposed Reno Omokri on the raging allegations against him.

“You can't claim one man, one wife or no side chick whereas you break the very law preached”, the publisher of Secret Reporters said in a Facebook post.

“We all hate the government but what many do not know is that Reno Omokri is a big beneficiary of the corrupt government. Ask Reno how much a former governor in the South-South paid him in 2019 to kill the tape that he got. That was a tape that was enough to give PDP victory but he sold out. It's a different story.”

In a tone suggestive of his rejection of Omokri’s lifestyle, solution to the myriad of problems bedeviling the country, the online publisher insisted that Jonathan’s former aide failed to live by example.

In a statement titled: Reno Omokri and the untold stories’’, Oliver accused Omokri of abandoning his legal wife and three kids.

“The lady with a former president is Reno Omokri’s legal wife. The three kids are his kids. While Reno claims to be married to one wife, the untold truth is that he has 'married' a second woman who gave birth to his latest baby. He ran away from the US abandoning his wife and three kids to suffer and staying in the UK with his new girlfriend who he's not married to yet.”

The online publisher stated that Omokri claiming to be a faithful husband does not practice it.

“The first wife, an Itsekiri caught him in an act (I don't want to say now unless he denies this write up) which led to their quarrel. Reno Omokri has been cheating on his wife in Nigeria and abroad.

“While Reno Bemigho Omokri preaches how to feed home first before outside, give your wife before girlfriend, he does not practice what he preaches as his home front is currently suffering while he's enjoying it with his girlfriend” Oliver added.