I have not taken money to fight LGBT Bill; I’m not a pimp – Akoto Ampaw 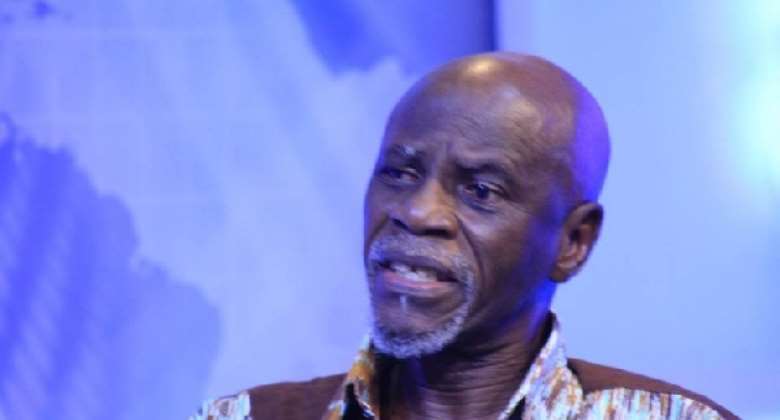 Lawyer Akoto Ampaw, the leader of the group of lawyers and professors opposing the anti-gay Bill in Parliament has rubbished allegations that he is championing the course for monetary gains.

The veteran lawyer is leading a group of 18 made up of educationists and lawyers who have human rights at heart.

In the last few weeks, the group has been fighting the anti-gay bill titled: “Promotion of Proper Sexual Rights and Ghana Family Values” through interviews after presenting a memorandum to parliament.

For Ningo Prampram MP Sam George, Akoto Ampaw and his colleagues are only fighting the Bill because of financial reasons.

“They claim they are doing this on the basis of principles, I say it’s a financial monetary principle because if you have principles, your principles will show constantly in your activism. I have given instances over the past ten months when they’ve not spoken, they’ve been silent.

“Today, because there’s LGBT money to be paid, they’ve found their voices,” Sam George told Starr FM in an interview.

Reacting to the accusation, Lawyer Akoto Ampaw has said it is ridiculous for anyone to make such an allegation.

“Everybody who really knows me knows that I’m not a pimp. I don’t take money from other people to carry out other people’s agenda. I fight for principle,” he shared on GTV in an interview.

Lawyer Akoto Ampaw added, “It is ridiculous for people to be suggesting that we have gone and collected money in order to promote this fight.”

The 18-member group being led by Akoto Ampaw says they are against the anti-gay bill because it violates virtually all the key fundamental freedoms guaranteed under the constitution, namely the right to freedom of speech and expression, the right to assemble, freedom of association, and the right to organise.

The group also insists that it hinders freedom from discrimination and the right to human dignity.

More from Headlines
ModernGhana Links
Ofori-Atta has been creative; needs to be supported – Gabby
Nana Akomea, thanks for your political honesty, our situation is actually a monumental embarrassment — Prof. Gyampo
Blame minority for Akufo-Addo's resort to IMF bailout; they frustrated e-levy for 6 months and gloating over it – Gabby
TOP STORIES