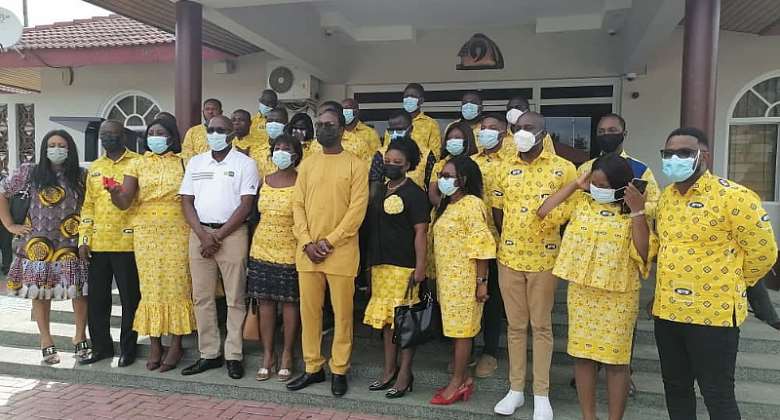 Telecommunication Giants MTN is advancing measures towards rolling out 5G by 2023.

Even though the company is yet to fully cover its 4G spectrum in the country, it has projected to gain 98 percent coverage by end of 2022.

It currently reached 73 percent 4G coverage in the country.

Addressing a cross-section of journalists during its Editors’ Forum held for Ashanti, Bono and Ahafo journalists, the company revealed that it is modernizing its infrastructure and working with regulators towards 5G.

It added that 5G technology will be in operation by 2023.

Chief Executive Officer of MTN, Selorm Adadevoh who made the disclosure also noted that the company has taken the step towards 5G in order to take advantage of the digital space.

“Almost every 10 years, there is a new technology. 4G was launched in 2016 so ideally, 5G should be expected somewhere around 2026 but will have to be rollout around 2023 as COVID has accelerated digitalization,” he stressed.

Mr. Adadevoh announced that MTN Ghana over its 25 years of existence has invested over $6bn in infrastructure with 2021 seeing the highest investment in a year of over $200 million.

MTN, the CEO stated has through its numerous applications especially AYOBA provided avenues for all manner of businesses to be hooked onto the digital space.

He emphasised that with a click on these apps especially on AYOBA, customers and the public can have access to many shops online or market spaces on the digital platforms as well as data services.