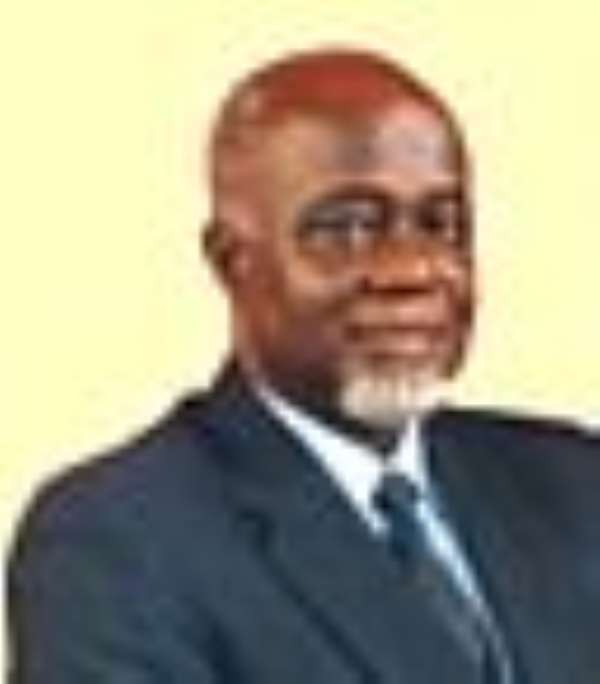 What was our Foreign Minister, Hon. Hackman Owusu Agyemang thinking when he addressed an audience comprising both Canadian and Ghanaian citizens in Canada in Twi? The nation number two highest profile representative after the president - JAK Kuffour - displayed total disregard to the sensibilities of other Ghanaian tribes by speaking on foreign soil in Twi in his effort to raise the profile of his tribe. Two years ago on my first visit to Ghana after 15 years in the United States, I happened to engaged some of my relatives and friends in a hectic political discussion on the merits and demerits of the Rawlings administration. Majority of them were by then of the opinion that the NDC government must go because of not only its mishandling of the Ghanaian economy, but more importantly the massive corruption that pervades within the administration. Much as I agree with that line of argument, I pointed out that, in the history of world politics, no corruptible practices of any government anywhere has ever created a civil war or strife; but tribalism or religious animosity had. West Africa today has many examples of this assertion. Thanks to God that we're all alive and they have come to realized the wisdom of my point of view. Osageefo Dr. Kwame Nkrumah worked tirelessly to eradicate trabalism from among the greater Ghanaian society. The result is that Ghanaians don't go to civil war over political grievances or kill each other because of political, religious, social, or cultural differences or disagreements as seen in other countries around the world. Nothwithstanding many military coups and uprisings that had taken place in Ghana's history, there has never been any time that different tribes fight over the country's leadership question. We invariably pull together be it military takeover or an organize election to change the government. The closest semblance we have come to fighting is on the football field where the fans of Kumasi Asante Kotoko and Accra Hearts of Oak sometimes clash over a match. And even that is confined to only the supporters of those two clubs and nothing more. Ghana's greatest asset is the hospitality of its people, which is legendary and well documented the world over. Foreigners that visited the country told tales of how good and well behaved Ghanaians are, and also how easy going the atmosphere in the country is. We may have our economic and developmental problems, but generally, the country is a good place to live and visit. Those of us who have lived in multiple countries would tell you this for fact and consequently how blessed we are as Ghanaians. Therefore, what example was the Foreign Minister showing by addressing Ghanaians on foreign land in Twi? Didn't he realized that it could be misconstrued by outsiders as a division within the country? If he doesn't know how to speak English, why did he accept the foreign ministry position knowing full well that he would have to interact with his foreign counterparts and other dignitaries. President Kuffour ran his political campaign on a mantra of "positive change" to give the country a fresh perspective from the previous government whose platform was hijacked by some few selfish individuals to the detriment of the whole country. But thus far, the utterances and behavior of some of his men and women in position of authority leave much to be desired and is casting negative clouds over his government. The popular adage "the leader is good, but the henchmen around him are corrupt" is something that Mr. Kuffour must be watchful of. Because if that's the case with is administration, then he has a lot to be concerned about because the Ghanaian electorate DO NOT forget. Every tribe in Ghana (about 75 of them) voted overwhelmingly for the NPP in their runoff election against the NDC, simply because of their desire to change the direction that the NDC is taking the country. That goodwill must be reciprocated by the government through constructive decisions and resolutions that affect tribal issues. A perception that a party belongs to a particular tribe is suicidal and that does not bode well with Ghanaians especially in these turbulent era when the news is replete with wars around the globe created by tribal differences or religious animosity. We are all Ghanaians and our medium of communication is English. No one tribe will ever be allowed to impose its hegemony on the Ghanaian people because of numbers or whatnot. The dichotomy of Ghana's politics is set between the CPP and UP traditions. Majority of Ghanaians however support Dr. Kwame Nkrumah ideas and legacy hence the preponderance of Nkrumaist sympathizers over the others in the country. The NPP, which is a direct bloodline from the UP tradition should rule the country from the center if it hopes to draw the Nkrumah supporters in the next general elections. It will be folly to simply dismiss this humble advise today. But the experience of Ghanaian politics is that no party has ever won the country's election without an overwhelming support from the CPP base, which constitute about two-thirds of the total voting group. So a word to a wise is enough.