Another episode in Ghanaian faux outrage: The case of the Do-or-die Affair 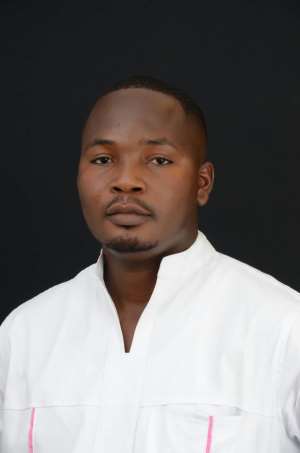 Over the last couple of days, a distinctly loud, shrill chorus indicating grave wrongdoing has caught and held the attention of many a well-meaning Ghanaian concerning comments made by former President John Dramani Mahama, referring to the 2024 elections as a do or die affair. I intend to explain his comments, obvious as they may be, and then make a few observations, quite stunning and rich in irony, in the face of all that has happened before in this country.

At Akina FM, a techiman-based radio station, President Mahama said the 2024 elections are a do-or-die affair. The elections were going to be won at the polling stations, and not even the collation centres. He said there was not going to be any situation in which the results were going to be contested such that the courts would be involved. He said he did not want to cheat anybody and did not want to be cheated. This was the essence of his comments on that radio show on that fateful day. Any decent person would note the distinct lack of controversial opinion or call to violence or even the mere suggestion of same in this statement.

Any decent person would know and understand that all legitimate political parties aspire for this kind of victory for themselves when it comes to elections. Indeed, one might even note that these comments, considered from a broader context, represents the core essence of the bargain made between the people on one side and political parties, electioneering bodies adding the Government on the other side; one where everyone puts personal differences aside to adhere to the principle of truly free, fair and transparent elections.

One would be reasonable to hold such expectations and see same reflected in these comments. After all, would one not want to put their very best into selling a message with a plan and a clear way forward when it comes to dealing with the bread and butter problems of the scores of people in this country, through means short of terrorism, calumny and lies and other methods of evil?

Would any honest person holding the belief of God-given dignity (as most of us do or purport to do in a majority Christian nation and the remaining part largely Muslim, not to mention the strong attachment to honesty as a Traditionalist value) not rather have a nation in which all parties do their very best, in word and more importantly, in deed, to ensure the security and integrity of the voting system; from voter register to gavel?

In a country with a history of military adventurism in politics ruining our economic and social systems and setting brother against brother, not to mention a political system that breeds considerable frustration every day among the Ghanaian populace because of the multitude of broken promises and constant abuse of the common man, toxic messaging and sheer divisiveness; is seeking to take an election seriously and make it transparent and believable not a breath of fresh air?

To cut a long story short, anyone with relatively decent functioning cognitive circuitry who has not been fed deception as to the nature of these comments through false framing or through blatant, flagrant lies would agree readily with President Mahama’s comments and rally their preferred political party to treat elections seriously, whether or not they are in power and make sure they do not play any funny games with the system, for the consequences will indeed be disastrous for this country of 30 plus million people. They would also make it a point to remind the ruling class that they would be mistaken if they thought they would avoid the carnage that would ensue should this fourth attempt at the Ghanaian democratic experiment end in failure. This would be a message that all, from professional to religious persons and bodies would carry day in, day out. There would be signs at airports telling politicians that they will remain in this country and face the bloodbath should this country go off the cliff! But, alas, one relies on human reasonableness to his folly. The results are there for all to see, online, in print, on the TV screens and on radio. Much to his credit, and my surprise somewhat, even Reverend Owusu Bempah (reportedly) understands this!

The myriad of lies, insults, choreographed shock and repulsion in addition to other attempts at spinning these comments into some kind of declaration of war (made fifty billion times more ironic due to the fact that actual declarations of war have indeed been made in this country in recent memory to little or no media attention or public uproar, not to mention attacks on the organs of the state that have taken place, like the violation of courts where pregnant judges have had to run for their lives) only proves one thing: monumental hypocrisy among the who’s who of opinion leaders in this country!

The sitting President, sorry, the sleeping President, made the famous ALL DIE BE DIE speech in 2012, making derogatory and savage, Neanderthal references to the genital organs of males and all the aspects of courage that bring it closer to foolishness than nobility of cause and moral strength. The response was twofold: First, crickets. Second, passing (often compelled) condemnation from the same people hooting and hollering today about what essentially are totally harmless and innocuous comments from the former President.

Calls have been made in this country to make it ungovernable simply because of election results and court judgments the NPP disagreed with. Responses: much the same as before.

Calls have been made in this country to beat Gas and Ewes in other regions because of electoral disagreements by people roaming the streets today in positions of power. Response: much the same as before.

I could go on and on about this, but the evidence for this kind of hypocrisy is so strong, it is in the very air we breathe. My message to these people having apoplectic fits about these comments from the former President is simple: spare us the faux outrage!