Efficient leadership has made Romania, the poorest European country better than Ghana 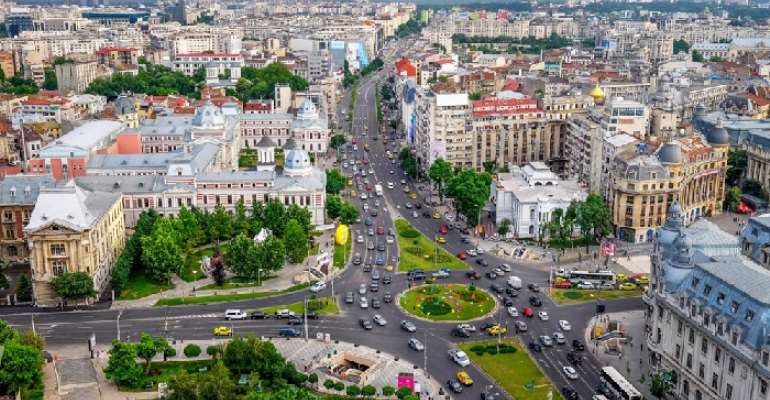 Bucharest, the capital city of Romania

There used to be a time before the European Union, Romania remains the poorest country in Europe, thanks to a cautious macroeconomic administration, with the help of international financial institutions and reforms that has gradually taken the country out of the poverty zone.

The current Ghanaian government has taken loans more than any Ghanaian leader, yet despite all the resources exported to various countries annually, Ghana is not doing well politically and economically.

The hardships in Ghana, a country with many rich resources, can never be compared to that of Romania, a country that also produces oil, natural gas, gold, silver, salt, bauxite, manganese ore, and coal but not in large quantities like Ghana.

When the financial crisis hit between 2008-2009, Romania was able to recover rather quickly.

The efficient leadership of President Klaus Iohannis steered the country towards a developing liberal market economy. It’s amazing that Europeans see the value of Romania in tourism.

The country has beautiful sites, festivals, historical monuments, inviting tourists from all over the world.

Ghana's tourism can also generate millions of foreign cash than what the industry makes today if serious consideration is given to its dirty environments degrading the country. Accra, for example, is a filthy city.

It’s hard to explain why a country such as Ghana, which can boast of such a vast amount of mineral resources could be in such a hopeless situation.

And what baffles me most is despite the unprecedented suffering, untold hardships, high rate of unemployment, and the rapid increase of crime in the country, the NPP government hopes to win in2024. In what way?

This makes me believe, as I have said over and over that Ghanaian politicians are only interested in the party in power, to enrich themselves.

They are not struggling for a party to win to improve the welfare of the people.

Who in his right mind will say that the current Ghanaian government under Nana Akufo Addo is the best that has never been seen before?

If about 30 percent of Ghana’s population will find their way into any developed country, when they back in Ghana, nobody will ever waste his or time to vote for a political party because what is going on in that country is a political agenda to amass wealth, not for the people.

The Ghana I know yesterday is not what I know today. Many are scared, including journalists, to write against the government of Nana Akufo Addo. This is not an exaggeration, yet still, people that hate the truth will attack you.

There are so many churches and mosques throughout Ghana but I can’t see the impact of any religion on Ghana today. The country is in a very terrible state yet, they say it’s forbidden to speak against Nana Akufo Addo’s poor leadership. Oh! Ghana.

It is our responsibility to build Ghana, nobody will come from America or Europe to build the country, therefore, criticism shouldn’t lead to any provocation.

If the Ghana government depends on the people's vote, then criticism should rather be a challenge to the government to develop the country and improve the lives of the people like Romania.