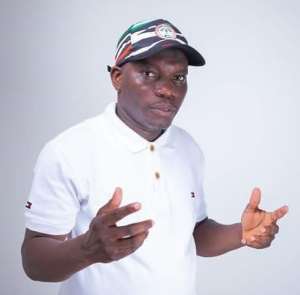 Communication Team Member of the opposition National Democratic Congress (NDC), Mahdi Gibrill, says the government’s plan to build 111 hospitals across the country is a failed dream.

According to him, the ruling party thinks their dreams are an achievement and cited the Agenda 111 project as one of such dreams.

“It is only the NPP that will rejoice over a dream. They don’t look at the pros and cons of their dreams. Ever since the President won election 2020, he has not done anything to grace the Ashanti Region. The project being launched in the region will only end up bringing disgrace to us. When you plan to do something and it is not realized, that is a failed agenda. I am surprised the NPP is not doing a thorough analysis of the project,” Mahdi Gibrill exclusively told Kwaku Dawuro on ‘Anopa Nkomo’ on Accra-based Kingdom FM 107.7.

He noted that the $100million released for the commencement of the project will not be enough to even complete the preliminary construction stages.

“They say 88 hospitals will be funded by the government and the rest will be constructed from loans that will be acquired later on and meanwhile these projects are supposed to be finished in 12 months,” he stated.

To him, it is not smart to start a project for which you have not secured full funding.

“The NPP is just trying to create the impression they are doing something and working on a project they have no funding for,” he noted.

Mahdi Gibrill, said, President Akufo-Addo failed to fulfil his earlier promise of constructing 88 district hospitals due to lack of funds and poor planning.

He insisted that the same way the President promised those hospitals and failed is the same way he is also promising these ones which he claims will also fail.