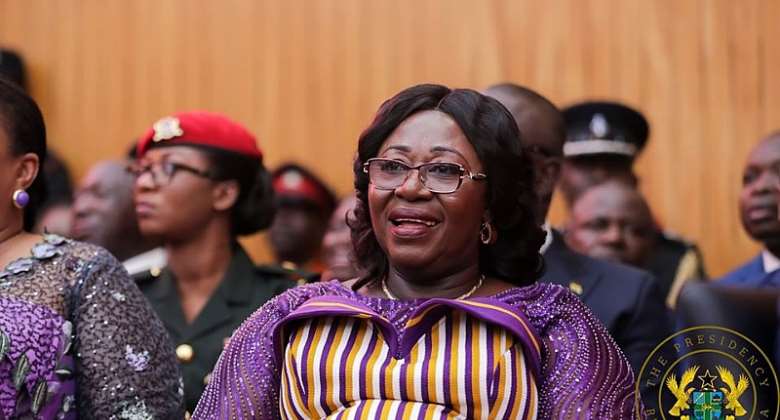 The Minority in Parliament is pointing accusing fingers at the Chief of Staff, Akosua Frema Osei-Opare, alleging she is handpicking contractors for the award of contracts under the government’s Agenda 111 project.

President Akufo-Addo Tuesday, August 17 cut the sod for the commencement of the project which is aimed at enhancing health infrastructure in the country.

The project is under the supervision of the Chief of Staff.

The Minority in a press statement dated August 18 however accused the Chief of Staff and the government of bias in the award of contracts under the project.

“Another major concern is the fact that government has decided to employ a team of project coordinators at the Presidency under the supervision of the Chief of Staff to implement this project sidestepping the statutorily mandated agency, the Ministry of Health, where the government has all the technical experts with the requisite know-how and experience to implement these project”, parts of the statement read.

“We believe it is not proper for the Chief of Staff, operating under the Office of the President, to be handpicking contractors for a major government project such as Agenda 111 while the Ministry of Health is pushed aside”, it continued.

The minority is therefore demanding among other things that the coordination and implementation of the project be handed over to the Ministry of Health immediately.