Dumsor: the tremendous improvement of electricity supply now is praiseworthy 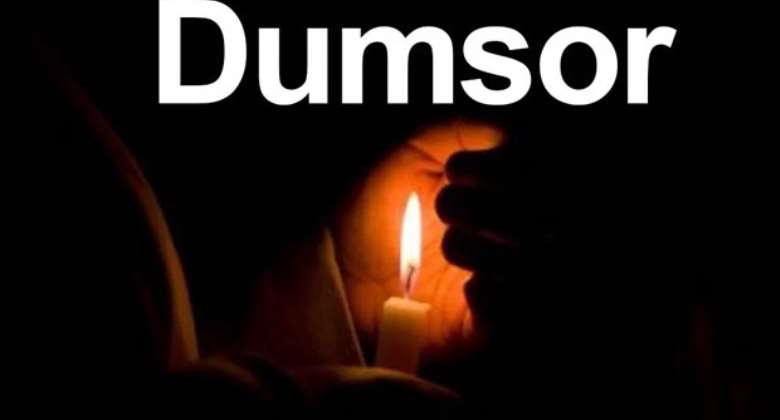 Many are those who argue that performance of one's own duty is not anything extraordinary as that's what he or she is paid to do.

Believers of the above proposition obviously will not be happy commending the Nana Akufo-addo's led government for the great improvement we are experiencing in the Dumsor situation currently and I can't fault anyone who takes that position as its their inalienable right to agree or disagree with me on this issue. Again, this improvement may be subject to the area in which one finds him or herself.

It is however instructive to understand that if 'dumsor' was experienced close to three years during His Excellency Former President Mahama's era, it won't be out of place to commend this government for doing some right on improving the situation tremendously currently.

For if this government, or any other government for that matter, is praised in the areas it performs well and criticised in the areas of abysmal performance, such criticisms are considered as constructive and are bound to be taken in faith.

In respect of the above, I gleefully commend this government and Electricity Company of Ghana (ECG) for the reliable and consistent without single 'dum', and I repeat for the sake of emphasis, without a single 'dum' in my area for one month.

This is incredulously unbelievable because am in house 24/7 and enjoying electricity without a single dumsor has been very instrumental to keeping me indoors so I just observed and told myself to write a piece of article to commend this government and ECG if the run got to a month and truly, it has been a month without 'dumsor' in my area.

This article is intended to inform the government that criticisms in the area corruption, poor road network, excessive borrowing, joblessness among the youths etcetera by the conveyors of Fix the Country and the ordinary man on the street like myself is not borne out of hatred but genuine criticisms arising out of the frustrations one has had to endure living in this country especially as a youth.

Think of the frustrations people face when there is 'dumsor' during the afternoon when you are indoors. The heat alone becomes unbearable and that's why dumsor was not acceptable in any form it took especially, from the camp of a government that campaigned and won power on heels of dumsor like the Nana Akufo-addo's government.

I there genuinely express my appreciation to encourage the government and the ECG for a good job done with the hope that this new found consistency in power supply remains uninterrupted for ever and ever Amen.