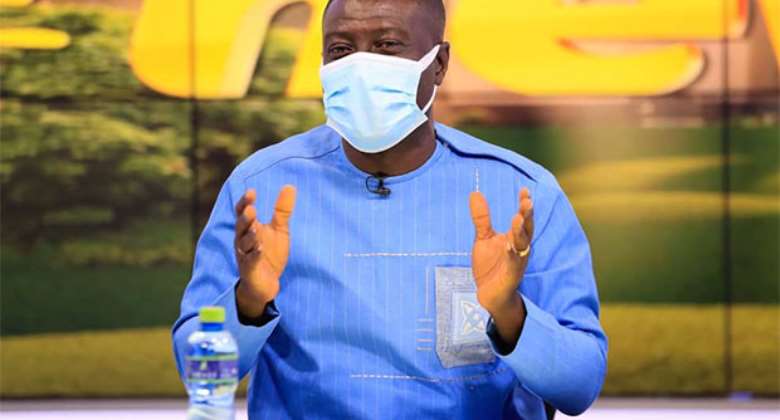 The disillusionment amongst people of different shades of life on the performance of this government is not something contested by anyone especially on the 4% increment of public workers' salary, bad nature of our roads, excessive borrowing and a host of others.

Therefore if anyone advocates for the nation to be fixed, then it's step in the right direction but those who are the face of such advocacy need to be measured if their issues are to be taken seriously and appropriate attention paid to get them addressed.

For starters, I am not only writing strenuously to insulate my tribe from attacks or tribal bigotry but am also trying to lay bare the repugnance and how scandalised it feels watching people on national television whose business primarily is to fan ethnic malignancy.

As an Ashanti who grew up staying in the same house with Frafra people for almost my entire life in Obuasi, I have learnt to appreciate cultural diversity and as a result, feel sad when people undermine one ethnic group or the other for interest they alone know of.

My disdain for tribal and ethnic bigotry is underscored by some of my previous articles. In my article ' Kumerica is a quintessential hallmark of an African devaluation and mental slavery', I berated my own people for activities in the Kumerican craze which I felt was an exhibition of tribal hegemony.

Again, my article, 'congratulations to our Presidents for the hardship travellers endure dailly on our trunk roads' paint a picture of a columnist who himself is choked in the mess Ghana finds itself owing to poor leadership ascribed to all of our leaders, probably with the exception of Nkrumah.

In this regard, it's conspicuous that I could not be just a mere "spectator but a citizen" in the pursuit for the country to be fixed and fixed well.

However, in our drive to have this campaign reach the level of achieving its purpose, the utterances of those who are the face of this campaign could not be taken lightly just because there is a problem that ought to be addressed.

One Mensah Afrifa, ably supported by Avraham Ben Moshe and the host himself Captain Smart comments on Ashantis and Akans in general in a Facebook video I watched from Onua TV Facebook account is, to say the least, balderdash, despicable and unreasonably divisive.

How the campaign to get the country fixed veered into tribal bigotry was for me unfortunate especially when the host kept nodding to urge him on when he should have moderated the show correctly to insulate it from such tribal nonsense he spewed that day.

It must be pointed out that fixing the country is a worthy cause that every sensible citizen has no reason to reject because we will all enjoy if the traffic situation in Tafo Pankrono, kronom to Tarkwa Markro and every part of cities improve.

Obviously, tribal chauvinism is not one of the ways to fix the country.