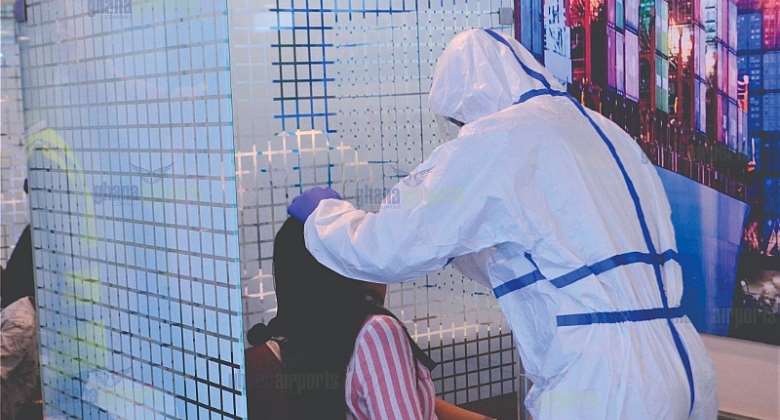 Ghanaians living in the Diaspora have had a rough week at the hands of our kinsmen at home.

It all started with some videos by disgruntled travellers complaining about the covid testing regime at KIA. To be fair, their tone could have been better.

But the response went far overboard.

Kojo Anan Ankomah wrote pointedly, "We aren't dumb because we live here. And you aren't smarter because you live there".

Then Dr. Okoe Boye piled on in a video.

Amongst other things, he stated, "as if because some people live in foreign lands they are better than us."

He also called on Ghanaians abroad to "respect us as a country".

He asserted needlessly that Ghana is a sovereign country and that "nobody is interested in scamming anybody".

He claimed that "We all abide by the protocols".

Finally he sought to elevate the standing of the Covid Task Force by reminding us that Dr. Asamoah Baah, the Co-ordinator is a former Deputy Director of the WHO!.

Looking at the provocation and the disproportionate response, one is tempted to think that there were things on "peoples' chests" they wanted a chance to vent against diasporans on. How would anyone think that living abroad or at home has anything to do with intelligence?

And even while Kojo was bragging about our great local doctors, Dr. Okoe Boye was bolstering the credentials of the Covid Task Force by referring to the association of its co-ordinator with the Aburokyire WHO.

While Dr. Okoe Boye's points about sovereignty and dignity are taken, why is sovereignty inconsistent with accountability?

Was the US not a sovereign country with dignity when the rest of the world condemned the Trump administration's ban on travellers as xenophobic?

Didn't UK have sovereignty when the Imperial College model for Covid was discredited? How does criticism by a country's own citizens undermine it's sovereignty?

As for the Covid Task Force, it has done a good job. Indeed, I heard a Professor of Medicine, of Yale, one of damned diasporans, enthusiastically laud Ghana's contact tracing efforts in the early days of the pandemic, while damning America. Many of us have also praised Ghana's batch testing initiative as a signal contribution to the global covid effort.

But there have been stumbles. The Task Force, despite the efforts from Parliament and elsewhere has been unable to explain how our sovereignty and laws were violated in the engagement of Frontiers Health for the KIA covid testing initiative. Furthermore, the Task Force has yet to explain why it failed to help the Honourable Minister of Health to "think properly" in the Russia vaccine purchasing agreement scandal.

As for his claim that "we all abide by the protocols", the Task Force has been remarkably silent on mass funerals, as they were on mass rallies and church gatherings.

Next, invoking the WHO to bolster Dr. Asamoah Baah's credentials was unfortunate.

It was the WHO that worked hand-in-glove to deceive the world while Covid 19 took flight and became a pandemic. Also, it is the WHO that has helped China to stonewall the world as it searches for the origins of Covid 19.

Dr. Asamoah Baah is a fine physician but it is in spite of, not because of his association with the WHO.

Finally, let's stop this futile us versus them--- Aburokyirefuo versus Efiefuo nonsense.

Everyday, planes land in Ghana with Ghanaians, just as they take off with Ghanaians. Some stay for a long time. Others for a short time. We are always in flux.

It seems to me, sadly, that Ghanaians would rather be lectured to by Aburokyire institutions than be offered advise by Aburokyire Ghanaians. Why do we do this to ourselves? Have some of our greatest nation-wreckers not been "home Ghanaians "?

Didn't the President, in his great first inaugural address, ask us to be "citizens, not spectators"? I suggest, respectfully that citizenship involves, not just speaking up but also listening respectfully.

Together, let us build Ghana.