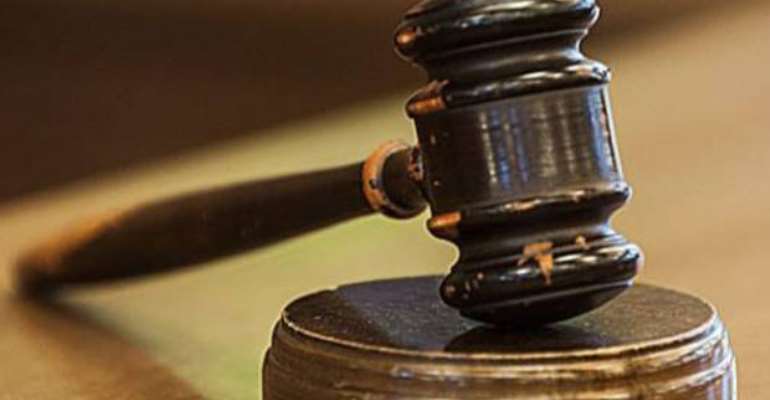 The Hohoe Magistrate Court has fined the Hohoe-Ahado Branch of Goil for non-payment of the company's 2019 and 2020 property rates.

The fines included a 50-penalty unit amounting to GH₵600 and a compensation of GH₵600 to the Hohoe Municipal Assembly.

One Michael Donkor, appeared in court on July 26, this year representing the Company after its Manager failed to appear before the court after 12 sessions compelling the prosecution to opt for a bench warrant to arrest management of the company.

Donkor appeared in Court with an amount GH₵4,200 being property rates for 2019 and 2020 and pleaded with the Court to be allowed to clear the Company's arrears of GH₵4,195.58.

Frank Azila-Gbettor, giving the facts of the case to the Court, said in March 2019, the Revenue Unit of the Assembly distributed its 2019 property rate bills to businesses and individual house owners.

He said several visits were made to the convict's firm to demand for the rates but this proved futile, adding that in May 2020, a demand notice from the Assembly's lawyer was served on the firm but this also failed to ccmpel the company's management to comply.

Togbe Ayim IV, a lawyer who acted as a “friend of the court”, pleaded on behalf of the convict describing the act as a 'nothing to write home about' since the rules on payment of property rates were clear.

He said it was a basic and civic responsibility to pay rates while pleading with the Court to temper justice with mercy on the company by allowing it to pay the said amount.

The Court presided by Edith Lucy Dzormeku noted that the lawyer's plea on behalf of the company was taken into consideration and granted.

The Court also said attempts of the company to pay the rates proved that its representatives were liable and guilty of the offence.