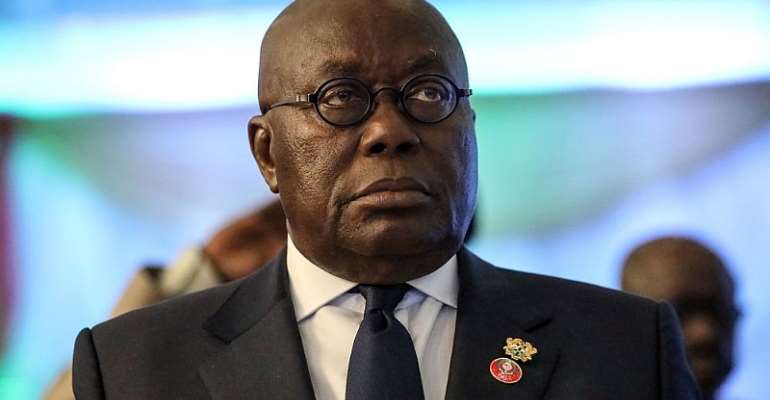 The coronavirus disease since it' s inception in 2019 has affected various facets of our lives. Just as we thought Africa would be safe, against the background that the virus is allergic to warm conditions, we woke up to see the virus sweeping humans off our continent.

Ghana wasn't exempted from the countries that had its citizens contracting the deadly virus due to the snail-paced approach adopted by the government to protect our borders to avert the incidence of travellers trooping in with the virus.

On the 12th day of March 2020, the Ghana health service confirmed the first two Covid-19 cases in Ghana. Reports from the health directorate indicated the two who had tested positive were returning to Ghana from Norway and Turkey.

As part of the government's quest to mitigate the spread and also adopt stringent measures to avert the dangers, the virus poses, partial and total lockdowns were announced.

On 28th March 2020, the President, Nana Akufo- Addo in a televised address imposed a 14 days lockdown on Greater Accra, Greater Kumasi and some parts of Central Region.

Residents in these areas, tagged as the most hit were to stay indoors. However exemptions were granted to the media, members of parliament, electricity companies, among other key stakeholders.

" However, prevailing circumstances mean that stricter measures have to be put in place to contain and halt the spread of the virus within our country, especially in Accra, Tema, Kasoa and Kumasi, which have been identified by the Ghana Health Service as the " hotspots" of the infections. " - excerpts of the President's speech reads.

The New Life After The Lockdown

The lockdown initiated by the government could be described as a ' mixed bag' as it had some positives sandwiched with hitches. The positives bothered on slowing the rate at which the virus was spreading and the economic woes we are experiencing now emerged as well.

Ghanaians were ushered into a new way of living as restrictions on our religious activities and recreation were still enforced.

Churches were barred from operating likewise the mosques.

Educational institutions adopted a new model of teaching and assessment in order to follow their academic calenders as stipulated.

How The Covid- 19 Interventions Were Financed

The fight against Covid- 19 demanded a lot of funds.

The World Bank in a press release on 2nd April 2020 indicated that it has approved a 100 million loan facility to Ghana to assist the country in tackling the Covid- 19 pandemic.

" We are working with the government through this fast track facility to support the country's efforts to slow transmission, prevent outbreaks and provide better-quality care for all patients, especially the seriously ill, " said World Bank Country Director, Pierre Laporte.

In addition to the emergency facility, a $65 million contingency emergency response component was triggered from the Greater Accra Resilient and Integrated Development Project (GARID). This contingency financing was aimed at supporting critical activities such as laboratory equipment and chemicals essential medical equipment and supplies including test kits and personal protection equipment.

After exhausting the initial 100 million dollar loan received from World Bank, an additional 130 million dollars was given out to support the government's quest to mitigate the resurgence of the virus. Approval for this loan facility was granted on November 10, 2020.

The government gave room for donor support from wealthy Ghanaians and philanthropists by establishing a Covid- 19 National Trust Fund. A board of trustees chaired by Sophia Akufo, former State Attorney was inaugurated by the President to take donations from the populace.

Successes Of The President's Interventions

The President's commitment to the fight against the virus received some applauds from the citizenry as they were seen as a prerequisite safeguarding the health of a greater number of the populace. Some applauded interventions have been expatiated below.

The motive was to get the optimum best from them( Frontline Health Workers) based on how scary the complications associated with contracting the virus was.

The President in a televised address on 5th April 2020 announced the following incentives for the frontline health workers.

Exemption from the payment of tax on their employment emoluments for three- months.

Daily allowances of GHS150 (approx. US$26) were to be paid to those undertaking contact tracing. Additional allowance of 50% of their basic salary per month for a four- month period was to be paid. Lastly, insurance package, with an assured sum of GHS350, 000 (approx. US$60, 345) was granted.

The world Health Organisation in it' s quest to quench the aggressive spread of the coronavirus, outlined standard personal protective equipments which could minimize the viral spread. The provision of the PPE' s was to be sponsored by part of the 100 million dollars loan from World Bank.

Nana Akufo- Addo' s government as part of it' s rapid measures to protect the citizenry from the virus initiated the mass production of personal protective equipments which include nose mask, hand sanitizers and veronica buckets just to mention a few. This move was necessitated by the shortage of PPE ' s as well as the exorbitant prices they were been sold for.

These PPE' s were distributed to various governmental organizations which ensured the gradual resumption of operations by public institutions.

The detrimental effects of Covid on businesses were alarming. As part of the government' s move to support businesses which were hit hard by the Covid, it established a GHS100billion Covid- 19 Alleviation and Revitalization of Enterprises Support (CARES) programme to mitigate the impact of the pandemic on the lives and livelihoods of Ghanaians, and also to ensure that Ghanaians quickly emerge from the pandemic with a stronger and more resilient economy.

The benefactors of this programme managed to resucitate their ailing businesses.

Other interventions applauded by Ghanaians were:

1. Provision of hot meals during the lockdown

3. Closing of our land boarders

Although life has returned to normalcy but some actions of the government in the Covid- 19 Fight could be described as a failure against the background that Ghana is currently experiencing a new wave of the viral infections.

On the 15th day of April, 2020 Ghana' s Vice President, Dr Mahamudu Bawumia, in collaboration with the Ministry of Communications launched a new app designed to help in tracing people who have come into contact with COVID- 19 positive individuals.

Dr. Bawumia during the inauguration of the app said that, " Data is our most powerful weapon in the fight against COVID- 19. You cannot fight what you cannot see, " said the Vice President who is also the Chairman of Ghana' s COVID- 19 Daily Monitoring Team. "

The intentions for designing the app was apt but considering a community like Ghana' s, it' s relevance was minimal.

As it stands now no data has been provided to back how effective the tracker was in the Covid- 19 Fight.

Ghanaians in the diaspora were pissed when the price of the mandatory PCR test was announced by the government. People coming to Ghana were to pay $150 for a mandatory covid test which appeared to be exhorbitant compared to prices for testing in other countries. Government' s management of this issue hasn' t been good and has received a lot of backlash as a result.

Donations made by Wealthy Ghanaians and philanthropist into the Covid- 19 National Trust Fund has not been accounted for amidst reports that there have been some misappropriations of the fund.

After taking delivery of 600, 000 doses of AstraZeneca vaccine, the President revealed that an estimated number of about 20 million Ghanaians are to be vaccinated by the end of this year.

The inability of the health directorate to clear misconceptions associated with the vaccines have accounted for it' s low patronage.

Again, the selective administration of the vaccines coupled with the corruption which emanated from the vaccine roll out can' t be overlooked.

The latest on the vaccination Lapses has to do with a problematic procurement of Sputnik- V vaccines by the Minister Of Health. Mr. Kwaku Agyemang Manu admitted that he failed to follow due process because of how desperate he was.

Excesses And Government' s Intervention To Revamp The Economy

The government' s Covid- 19 fight led to some excesses. These excesses we spelt out in the 2021 budget reading by the Finance Minister on the floor of parliament.

annual budget for health. To provide the requisite resources to sustain the

implementation of these measures, Government is proposing the introduction

Health Insurance Levy and a one percentage point increase in the VAT Flat" - the budget statement reads.

The resounding ovation Ghana had due to the initial approach to attack the virus seems diminishing as the numbers keeps escalating over the past few weeks.

A new variant of the virus named Delta is reported to have taken the shores of Ghana due the short term measures the government instituted.

MMDCE appointments shouldn't be seen as job for the boys' - ...
8 minutes ago

MPs don't construct roads; 'masa' my party is not in governm...
53 minutes ago