Formation Of Zongo’s In Asante 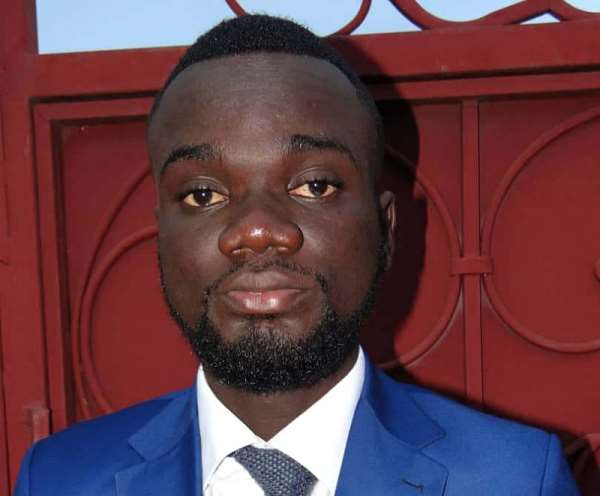 The commercial viability in Asante and the Gold Coast colony for the Hausa traders resulted in the emergence of certain trading centres through the Sub-Saharan trade. The most notable centre was Salaga market on the Gonjaland in the Savannah region which emerged around in 1775 as a Hausa speaking town. The Salaga market was regarded as the largest trading centre in West Africa and attracted merchandise from Timbuktu, Borno and Hausa land. The Hausa occupation of Salaga in particular was important because it created the conditions for later penetration of Islam into the Asante Empire.

In 1874, the centralized power of the Asante Kingdom was defeated by the British and many states such as Dagomba, Gonja, Denkyira, Sefwi and other states gained their independence. Salaga market began to decline after the Sagrenti war of 1874 and a civil war in 1892. This era witnessed the dispersion of Hausa traders to southern part of Ghana. Until the involvement of Hausa in trade with Asante, Salaga and its trade were dominated by the Mande Dyula Muslims. Salaga was a mid-way town between Kumasi and the northern parts of Nigeria precisely the Hausa land which made the Hausa people to penetrate to modern day Ghana especially Kumasi.

Before 1874, Samwini (2006) asserted that Asante had an encounter with Islam. The Asante kingdom had diplomatic contacts with kingdoms such as the Mossi during the 18th century. Kola nut was introduced into Asante in the late eighteenth century by a Gonja man called Adu Bini, who brought it from the north and the cultivation of kola provided a new asset after the abolishment of slave trade in 1807. Kola nuts were produced in great quantities especially in eastern and north western Asante forest regions. The trade between the region of the Kola plantations in the forest and Salaga was well controlled by Asante chief trader, the Bantamahene. By 1820’s, the kola trade was extremely profitable and Asante supplied most of the northern markets with kola nuts and the market trading centres on the northern bank of Volta river were the meeting point for traders from the Hausa lands and Mande and kola nuts instead of gold became the main export product of the forest to the north, at Salaga market. This article seeks to delve into the situation which led to the formation of Zongo’s in Asante.

The word “Zongo” according to Schildkrout(1978) is derived from Hausa word which (today) means a segregated quarter on the periphery of towns and cities. Originally, the word “Zango” which is wrongly spelt as Zongo means bush camp or transitory settlement. These people are bond together with Hausa language as their lingua franca and Islam as their main religion. Zongo settlements in Asante are mostly populated by people from the northern part of Ghana and Muslim immigrants from neighbouring West Africans like Kotokoli, Chamba and Basila from northern Togo. Dendi from the Republic of Benin, Hausa, Fulani, Baribari and Yoruba from Nigeria and Mali. Other immigrants Muslims include Mossi from Burkina Faso and Zabarma from Niger. The history of Zongo’s in Asante dates to the 17th century when Kumasi, which became the capital of Asante Kingdom began to flourish along a southern bound route of the trans-Saharan trade system. By the 19th century, Kumasi and Asante in general housed a Zongo community with large Muslim population. In view of Sckildkrout( 1974) , Zongo immigrants in Asante were grouped into two (2). The pre 19th century migrants received land from the Asantehene. Their literacy opened up clerical position for them in the palace and also provided religious services to the Asantehene and other chiefs within the Kingdom. These migrants became incorporated in the Asante political entity over time and their qualities allowed the Asantehene and his elders to seek advice on matters of state importance and commerce and they wielder considerable economic and political power and which their descendants became known as Asante Kramo(Asante Muslims) and they identified themselves as a Zongo community.

The position of these Muslims however changed from one Asantehene to the other, but generally they were welcomed and given a protection as long as their services were welcomed. They enjoyed a great religious influence on the Kings and on the population, through the manufacture of charms and amulets. They also trained Asante children in the Arabic schools and intermarried with the Asantes and by 1860, a personal Imam was chosen for the Asantehene known as Imam al Bahad (Imam of the town). In the late 1870’s to the early part of 1880’s, the Asante Kingdom recruited an army from the various ethnic groups to fight against the British. The Hausas outnumbered the other ethnic groups in this army hence the Hausa language became the lingua franca among the soldiers. Another round of migrants arrived in Asante after the British started recruiting Hausa soldiers to fight the Sagrenti war in 1874. Others also came in the late 20th century as a result from events and conditions instigated by the British enterprise. These migrants moved to take advantage of newly created forms of employment in the colonial administration. Others arrived to provide labour for mines and large scale cash crops within Asante and the colony.

The economic expansion in trade by the Muslim traders and the camp followers who came to Kumasi with the British forces around 1896. The first Zongo community in Kumasi settled in an area known as Mmoromu or Zongo tumi which later became known Mbrom. The Muslim community at Mmoromu moved in 1905 to Old Zongo by the colonial administration. During 1905 and 1924 as a result of the growing population, Old Zongo was expanded to cover an area known as Zongo extension. After the plague of 1924, that hit Kumasi and most especially the Zongo community due to overcrowding, the British colonial government built houses similar to those of the Zongo and the people were moved in. this area became known as Sabon Zongo (New Zongo) located not far from the Manhyia Palace. In 1948, second colonial government housing project began in Asawase for the Zongo community.

The British colonial administration recognized the political heads of the Zongo community and therefore recognized the Zongo or community head as Sarkin Zongo. The Sarkin Zongo is the Paramount chief for the Zongo communities within Kumasi and serves the Asantehene’s court. Other Zongo community heads within Asante also serve various chiefs within their jurisdiction. The Muslim community in Asante is under the authority of the Nsumankwahene (Asantehene’s medical adviser).Today both areas are predominantly occupied by Northerners or Muslims for that matter people of Zongo in Asante are found in places such as Aboabo, Tafo, Ejisu, Offinso, Moshie Zongo, Mampong, Asante Asokore, Ahinsan, Ayigya, Effiduase, Suame, Nkoranza, Ejura, and other places within the Kingdom emerged mainly as a result of the kola trading.

Schildkrout, E. (1978) People of the Zongo. The transformation of ethnic identities in Ghana, Cambridge University Press.

Schildkrout , E. (1974) Islam and Politics in Kumasi an analysis of disputes over the Kumasi Central Mosque, American Museum of Natural History.