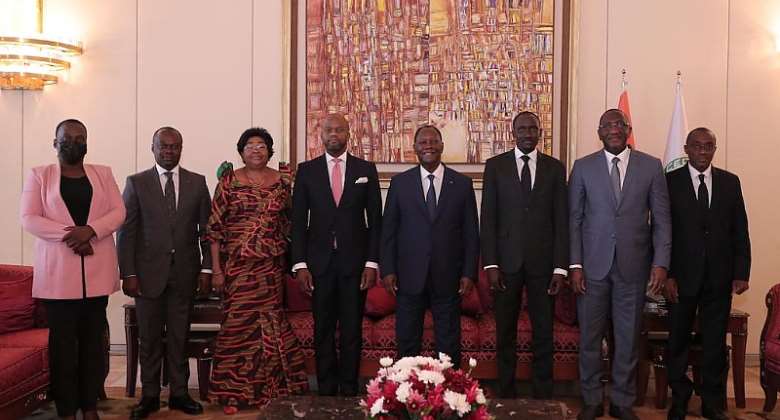 The Secretary-General of the African Continental Free Trade Area (AfCFTA) Secretariat, H.E. Wamkele Mene, says the full implementation of the agreement will help cocoa-producing countries on the continent add value to their cocoa beans to boost revenue generation.

Cote d'Ivoire, Ghana, and Nigeria account for 68% of the global cocoa supply.

However, Africa's cocoa-producing countries capture just 3% of global chocolate industry revenue as they continue to sell the product unprocessed.

Ghana and Cote d'Ivoire are the top cocoa producers in the world, and are responsible for producing up to 60% of the world's cocoa, but receive less than 6% of the plant's $100 billion (USD) global processed cocoa market share.

To avert this, and as part of the efforts to earn better income from the industry, both countries are considering value-added processing and marketing or trading of processed cocoa.

In line with the above, H.E. Wamkele sought to address the problem during his four-day visit to Cote d'Ivoire, and solicited support to build on the framework of Cote d'Ivoire and Ghana, and further support the cocoa value chain.

”As the AfCFTA Secretariat, this presents an opportunity to support the value chains as the Secretariat is in contact with the Buhler Group and the respective governments.”

“As a quick win, and a pilot project, it is proposed the AfCFTA brokers the required financing arrangement with Afreximbank, and negotiate with the Buhler Group on both the required support of Ghana and Cote d'Ivoire so as to provide a better deal and advocate for a tripartite agreement that involves the AfCFTA Secretariat.”

H.E. Wamkele Mene was in the francophone country at the instance of President Alassane Ouattara.

He was accompanied by officials of the AfCFTA Secretariat including Senior Advisor to the Secretary-General, Peter Joy Sewornoo, and Senior Advisor – Customs, Demitta Gyang.

This is his first official visit to the country since assuming office.

As the world's leading top exporter of cocoa and raw cashew nuts, a net exporter of oil, and a significant manufacturing sector, Cote d'Ivoire is the largest economy in the UEMOA region.

With abundant natural resources, a relatively young population of about 26 million, Cote d'Ivoire has strong potential for sustained economic expansion.

Cote d'Ivoire is one of the four developing countries in West Africa.

It is a State Party to the AfCFTA Agreement, having signed the Agreement in Kigali – Rwanda on 21st March, 2018, and became a State Party on 23 November 2018.

Cote d'Ivoire has submitted her initial tariff and services offers through ECOWAS. The francophone country was led in the AfCFTA negotiations, first by Mr. Seydou WAOTI, second by Ms. Fatumata FOFANA and now Clemence KONAN.

The Minister of Trade, Industry, and SME Promotion is Mr. Souleymane DIARRASSOUBA

Cote d'Ivoire has established a National Committee for the Implementation of the AfCFTA and developed a national strategy to enable it to benefit from the AfCFTA Agreement.