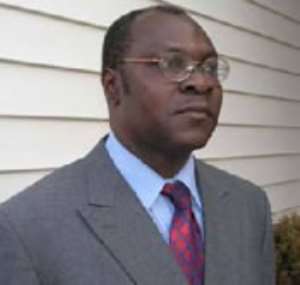 Our country is stuck in a political cul-de-sac.

A few days ago, I shared a post from the NDC's Joyce Bawa Mogtari about the death of a child due to our broken Healthcare system. It oozed indignation and anger, directed at the current government-- for the state of our Healthcare. Of course, she was being opportunistic, partisan and hypocritical. But I shared it and got a comment from a friend in government who simply wrote, "Dr K, really?".

I shared it because despite the hypocrisy, her post reflected an underlying truth about our Healthcare. An arsonist who raises the alarm about a fire should not be ignored-- just as a prostitute who raises the alarm about rape in a whorehouse should not be ignored. Hypocrisy, unfortunately, is a bipartisan sin. Those who complained loudly about our broken country a few years ago but see nothing wrong now because they are in power are as hypocritical as Ms. Mogtari. The problem with these endless "what-about-isms" is that it prevents us from solving problems. While Rome was not built in a day, it was built day by day. If we insist on fixing ourselves before we fix our country, we can never begin fixing our country and we would not need government.

So how do we start fixing Ghana?

Let us begin with Healthcare.

Our NHIS is weakening by the day, our hospitals lack beds, our ambulance system doesn't work when needed, our qualified nurses and doctors don't get assigned on time and those who are tasked with fixing our Healthcare demonstrate their lack of confidence in it by getting care abroad.

In short, "cash-and-carry" is returning.

We should complete uncompleted hospitals, appoint competent health administrators , revamp NHIS and bar public officials from getting care abroad at public expense. And if this country didn't need fixing, the 2 MP's who failed to get the child care would take their concerns to the floor of Parliament!

On public housing, we should allocate the completed Seglimi Housing units, all 1,500 units of them while dedicating funding to finish the whole-- even if there are concerns about corruption.

And we should do the same with the Kpone, Borteman, Asokore-Mampong and Cape Coast public housing initiatives. Our failure to complete these units, even while teachers, nurses, soldiers and many others lack housing is not only a violation of the Directive Principles of State Policy but a national disgrace.

We need to act now.

We should convene a national conference on education that would develop a blueprint to end the use of our scarce resources to produce unemployable graduates. It doesn't make sense.

While all these problems matter, nothing illustrates the impotence of our governments more than galamsey.

Both the NPP and the NDC have shamelessly exploited it for votes and for money.

I was excited when President Akufo-Addo courageously pledged to put his Presidency on the line to fight it. He failed. He has pledged to re-launch the fight. Indeed, many Ghanaians believe that the success of this President is inextricably tied to this issue. A few weeks after the President launched his first initiative, a journalist who wants to remain anonymous told me confidently, "The President will abandon the fight because there are too many powerful people in his FAMILY and his PARTY who are involved!". While I have not verified what the journalist said, the attempt by government officials leading the Galamsey fight to gag the Asantehene a few days ago, bolters what the journalist told me. Captain Smart was right. Charity begins at home and if the President cannot fight galamsey in his hometown, he cannot fight it elsewhere!

But this fight is not just the President's fight. It is our fight. We cannot watch as galamsey poisons our water and food and destroys the inheritance to our children. Charity begins at home, not just for this President but for former President Mahama and his party, the NDC. He cannot worry about Somalia while millions who voted for him are calling for Ghana to be fixed. President Mahama, Ofosu Ampofo and Asiedu Nketia must firmly commit their party on the side of the public interest in the fight against galamsey. Anything less will make them mindless partisans and traitors to Ghana. And the Asantehene must refuse to be gagged. He has done much for Ghana, in bringing peace to Dagbon and during Presidential transitions. This service will make him a hero, not just for our age but for the ages.

The fundamental truth is that the 1992 constitution needs significant reforms.

We need direct election of DCE/MMCE's with decentralization of spending decisions, caps on the number of Supreme Court justices and Parliamentarians, decoupling of the Legislature from executive so there can be meaningful executive oversight, better safeguards against corruption and more transparency. It is irrational that Ghana has more Supreme Court justices than America which ten times our population!

Finally, Parliament must rouse itself from its inertia, rise above our Partisanship and be the instrumental catalyst for fixing Ghana.

Together, let us fix ourselves and Ghana.