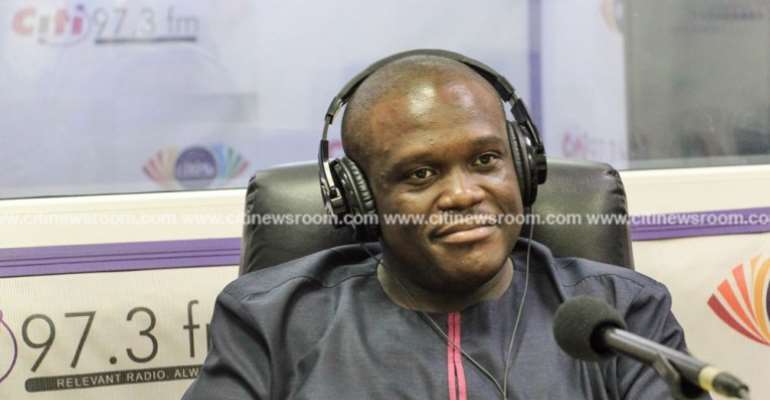 Member of Parliament for Ningo Prampram, Sam Nartety George, has taken on the National Security for the assault on Caleb Kudah stating that the actions of the personnel broke several laws.

“The National Security in this case with Caleb Kudah has broken Several laws. When I heard that Caleb’s phone was taken and used by national security officials to try and lure Zoe out, I said that is a criminal offense. The fact that Zoe was brought over and her phones were taken and she was asked to delete pictures unrelated to the instant that they were investigating is illegal not to talk about the violence that was meted out to Caleb.”

Caleb Kudah was arrested and assaulted by some national security operatives for filming abandoned vehicles procured by MASLOC that had been parked at the Ministry for several years now.

Speaking on Eyewitness News, Mr. George stated that Caleb Kudah did not break any laws when he filmed at the National Security Car park especially because it does not qualify as a prohibited place according to the State Secret Act.

“We must understand the fact that when people in the office of the president today are on Facebook and quoting the State Secret act of 1962 and using that as a reason to say that Caleb broke a law, Caleb did not break that law, they should go and understand. The law is clear, it speaks about taking footage in a prohibited place. In fact, there are three ingredients in terms of the rules. That the intention must exist to go there that you are going to take government secrets, passwords, sketches, and plans.”

“Can anybody show me the designation of national security’s car park as a prohibited place? And the third Act that must exist is that, in securing footage at a prohibited place, it must be to transmit it to a foreign opponent or entity of the state that has an ulterior motive against the state. I wonder when Zoe Abu-Baidoo and Citi FM became a foreign entity that people will then want to apply the State Secret Act to them?” he quizzed.

Mr. George himself was a victim of brutalities by National Security operatives during the Ayawaso West Wuogon by-election in 2020, where he was slapped by a security officer who was not punished despite recommendations by the Commission that sat on the events of that election.