The Government Must Be Bold To Tell Parents To Pay Part Of The School Fees Of Their Wards. 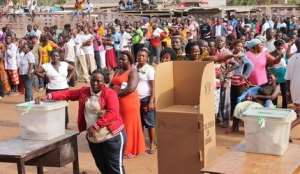 When the Ghanaian politician needs your votes, he's prepared to sleep in your muddy bed room with you, he can eat together with mad people just to show how he doesn't discriminate, crosses rivers to far away lands to beg for votes, enters trotro with the poor, tells so many lies about how to better the lives of the ordinary citizens, accepts all the pleading and appeals made by chiefs and elders of every visited community, tells you what he will do within a particular period of time in office and promises what he believes is highly impossible to fulfill.

The poor, ignorant and gullible voter accepts all the chain of promises, believes in the palpable lies the politician tells about his opponent and at the end, he sells his conscience to the politician, who after winning, swiftly changes the story and starts to sing a new song. The politician easily forgets how he begged for votes by doing all the above mentioned. He thinks four years is far and turns to be a semi God that everyone must bow down before him all the times.

There seems to be a gap between him and the very ordinary people who voted for him. He forgets how he was once more an ordinary person than the voter. It's from here I ask "Does God take away the thinking faculty of the politician when he or she gains political power or what?" Look! The voter makes and unmakes politicians and therefore, it's very politically wrong for anyone to see the voter as a fool and lowly for three and a half years and sees his or her relevance during only elections.

The politician, after elections lives in big house protected by heavily built men and women. His house becomes a consulting room, where long queues are formed to see the one time ordinary citizen now a semi god and doctor. He drives in the best and latest luxury cars in town. He knows not traffic as the roads must always be cleared for him at all times to go through with long motorcade and cacophony of sirens.

The very people who sold their constitutional rights to him can't get closer to him again like the first time . They look with pain and misery as he passes by. They turn and curse themselves and say never again! But there isn't any never again anywhere when the time comes closer. The politician will come back with enough cash to gag those who will speak ill of him and to buy more of their others, constitutional rights again. They sell it once again as he is goes to sleep and wait for another four years to come.

Now, question is, the politician and the voter who wey fool papa like gari?