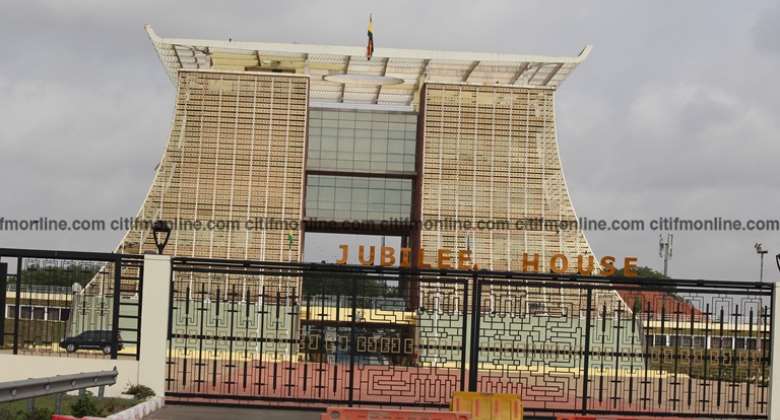 For me, that's the starting point, else this whole campaign will look like washing your feet with your socks on, will amount to zero.

President Akuffo Addo has in the last 4 years demonstrated nothing, but crass incompetence, gross mismanagement, mistrust, and propaganda inspired leadership.

The President has become a source of inspiration for persons who seek to rob this country as he and his ring of family cabal continue to mess Ghana up with utter impunity.

He has demonstrated nothing but gross incompetence and mass corruption across every sector of our national life.

The harsh reality remains, President Akufo-Addo lacks the ideas required to fix this broken nation and until we fix the mess sitting at the Jubilee House playing President, Ghana cannot be fixed.

Yes, I can't agree more with the reinforced media campaign weighed on various social media platforms to draw the attention of Ghana's ever-sleeping President, Nana Akuffo Addo and his gang of maleficent elements to pick up their thinking caps and fix this nation. At no point in time has the need to fix broken Ghana become so urgent as it's today courtesy the incompetent man sitting at the Jubilee House playing President, not only is he corrupt and incompetent but has this nauseating attitude of intolerance and indifference towards the plights facing Ghanaians in the face of the ensuing excruciating economic conditions.

The undeniable fact remains, under the erstwhile John Mahama administration time was vastly rich with hope for the future for the ordinary Ghanaian. Efforts were made to fix Ghana, for instance Ghana's Power generation capacity was almost doubled to address the decade old power crises, two oil fields were developed, he embarked on massive infrastructural undertakings to fix the country's infrastructural deficits etc... these were legacy projects needed to fix any broken nation and Mahama was on to fix,

He ...had vision to transform Ghana from broken nation to a nation that would not only be self-sufficient but also lay the foundations for a future take off...but sadly this beautiful vision was violently interrupted by same gang of disillusioned men who are curently messing up both the present and the future of Ghana.

President Mahama was bastardized, vilified, in short, he became a victim of a spirited vicious political propaganda aimed at getting overhyped Akuffo Addo into the then Flagstaff House....

Prior to the 2016 elections, the Npp through their surrogates in the media adopted what later become known as " a regime change agenda ". Networks of propaganda machinery were opened to peddle falsehood about President Mahama and his govt then.

Today the reality is here with us. Their darling boy, Nana Akuffo Addo whose name was trumpetted everywhere has in the last 4 years been nothing but an inferior replica of his hyped version.

What President Akufo-Addo has created is debt-bound government with youth unemployment skyrocketing and knowing how incompetent he is, his government has created a hostile and a very intimidating atmosphere to crackdown on dissenting views. Putting target at the back of few journalists in the system who are ready and willing to speak to the issues and bring them to light has become the order of the day. Journalists who are free to operate are the zombi majority who always dance to the whims and the conveniences of gov't, by singing praises and Hallelujah choruses for their puppet masters.

I am Ivan Kyei Innocent and I'm no cynic