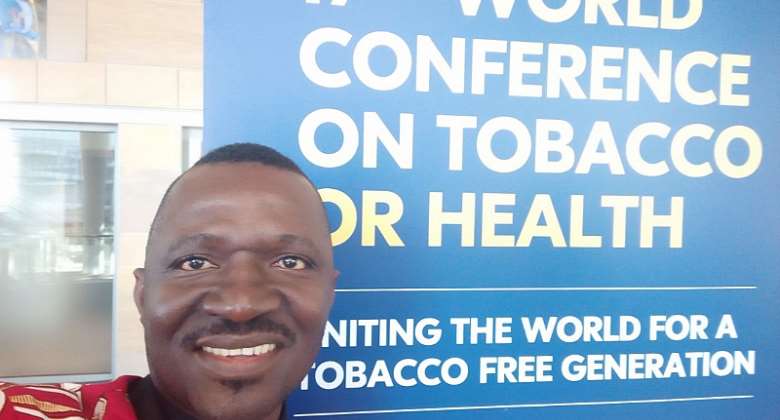 Chairman of the Media Alliance in Tobacco Control and Health (MATCOH), Mr. Jeorge Wilson Kingson, has called for a probe into circumstances that led to the suspension of a contract between the government of Ghana and the United Kingdom (UK) security printing firm De La Rue.

MATCOH is a group of media professionals and practitioners dedicated to the fight against the proliferation, use and smuggling of tobacco and tobacco products, as well as creating the awareness on dangers associated with the abuse of the substance.

Mr. Wilson Kingson who is also the Chief Executive Officer (CEO) of ArtCraft Media Consult (AMC) and the Managing Editor of Ghananewsonline.com.gh made the call in an exclusive interview with journalists in Accra on Wednesday.

He recalled that in September 2020, the Ghana Revenue Authority (GRA) signed a five year contract with the UK security printer to create a track-and-trace excise tax stamp system to combat the growling illicit trade in cigarettes, as illicit tobacco products reportedly accounted for about 20-30 percent of total sales in Ghana with over $40million in loses to governments globally.

He said the deal however went under suspicion and widespread condemnation from civil society organizations and sections of the media when it was revealed that De La Rue also outsourced the contract to Atos - an IT company with strong links to the tobacco industry.

He recalled also that at the time Civil Society Organizations such as the Vision for Alternative Development (VALD) raised red flags and argued that the World Health Organization's (WHO) fundamental requirements for providers of anti-illicit trade systems is that they are completely independent of the tobacco industry - a sector which has reportedly been found complicit in smuggling its own products.

“I remembered very well that media houses like the Business and Financial Times (B&FT) and others raised red flags on this deal, suggesting that the GRA awarded the contract to De La Rue in breach of public procurement regulations and transparency,” he stated.

“The B&FT was concerned about the GRA's failure to formally update applicants in due time about the status of their proposals and the GRA’s apparent unjustifiable exclusion of certain competitors. The paper further opined that the GRA's handling of the contract tender particularly the withholding of information breeds mistrust...ironic for an institution whose core values are fairness, integrity and service”.

The chairman further observed that there is also a potential conflict of interest situation that is likely to arise in relations to the WHO’s Framework Convention on Tobacco Control (FCTC) which Ghana is a signatory to, adding that, the framework contains guidelines and requirements for the implementation of effective tobacco control measures, which key provisions include a comprehensive ban on tobacco advertising, sponsorship and promotion; strong health warnings on tobacco packaging that cover at least 50% of the principal display areas; protection from secondhand smoke in all indoor workplaces and public places; and measures to reduce the smuggling of tobacco products.

The treaty, Mr. Wilson Kingson says also addresses a number of other issues, including the disclosure and regulation of ingredients in tobacco products, sale of tobacco products by or to minors, treatment for tobacco addiction, research and exchange of information among countries and promoting public awareness.

He quoted Article 5.3 of the FCTC which states clearly that “In setting and implementing their public health policies with respect to tobacco control, Parties shall act to protect these policies from commercial and other vested interests of the tobacco industry in accordance with national law”.

He said Ghana has since domesticated the FCTC with the promulgation of a full chapter in the Public Health Act (PHA) to tackle tobacco control issues in the country, adding that "It is therefore expected that authorities would ensure strict compliance and not entertain any move to coerce them to trade with Big Tobacco companies."

He noted that it was not surprising that, the Public Procurement Authority (PPA) temporarily suspended the contract given the concerns raised at the time.

The saga according to him however underlines the importance of carrying out transparent tender procedures and selecting fully independent and unbiased service providers for vital public health initiatives.

What however informed the decision of the Media Alliance in Tobacco Control and Health (MATCOH) to make this call for an independent probe into the saga Mr. Wilson Kingson revealed is the dead silence of the government and all other agencies following the public outcry on the issue some eight months ago, making it look as if the matter has been pushed under the carpet.