Be circumspect in your reportage on crime in Kasoa – Media urged 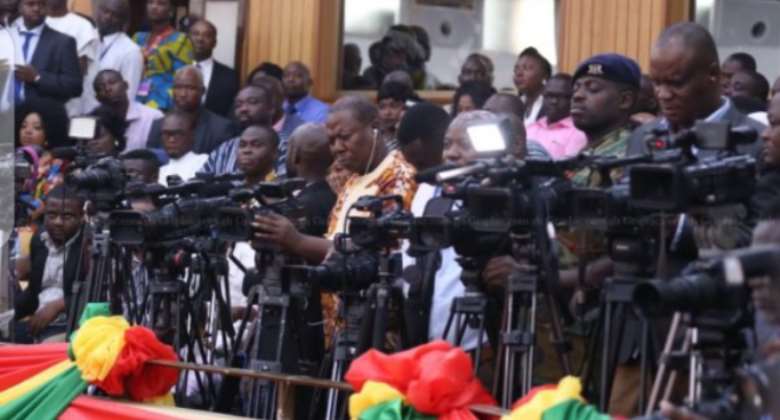 A former Chairman of the Security Committee of Awutu Senya East, Alhaji Abubakr Alhassan has urged the media to be circumspect in their reportage of criminal activities in Kasoa.

According to him, Kasoa is gaining notoriety because sometimes some casualties that happen in towns nearby are ascribed to It.

He explained in an interview on the Eyewitness News that “there are several occasions where crime happens in nearby towns but are tagged to Kasoa. When something happens at Budumburum, Ofankor and other jurisdictions, people tag Kasoa. I want to advise all media houses to be circumspect with the name tagging”.

“Something needs to be done about the notoriety Kasoa has gained recently. Every spiritualist is from Kasoa, in fact, it is seen as the headquarters of all mallams,” he added.

He also cautioned the police and Immigration Officers to be wary of suspicious characters in the area who only operate at night.

“Most people involved in these evil acts operate from nightclubs and bars. Sometimes the immigration officers go to clear these ones, and before you realize they find their way back. Most of these people are from neighbouring countries.

“I want to appeal to the Ghana Police Service, the Immigration Service and other relevant authorities to put their foot down and find out what business venture each resident of Kasoa is engaged in, especially the foreigners. There are some houses in the area, I have noticed they sleep during the day and go out at night. These ones are seen in flashy cars, speeding unnecessarily.”

Many Ghanaians have been left shocked following news of the alleged ritual murder of 11-year-old, Ishmael Mensah by his friends, Felix Nyarko, 16 and Nicholas Kini, 17.

The incident occurred on Saturday, April 3, 2021, at Atia Coca-Cola near Lamptey Mills in Accra.

Earlier reports suggested that the area is a suburb of Kasoa, but local authorities say the place is in Bortianor Ngleshie Amanfro within the Ga South Municipality.

The two suspects were remanded in police custody on their first appearance in court on April 6, 2021.

This comes after a forty-year-old man, Steven Ntiri was shot at close range in broad daylight by unknown assailants at Opeikuma junction a suburb of Kasoa by some unknown men who made away with an undisclosed amount of money in an envelope.