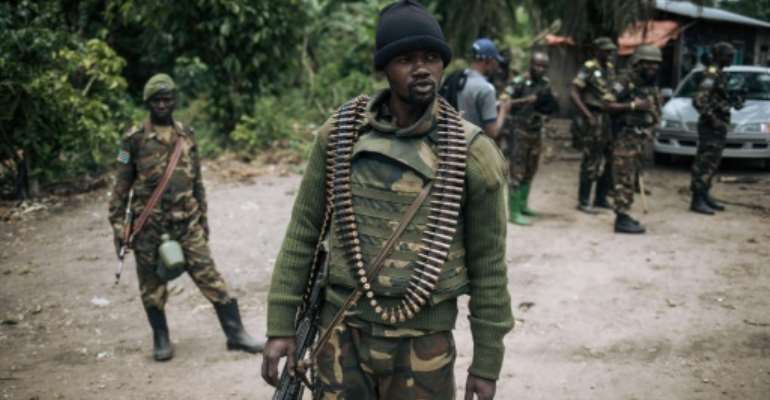 DR Congo's Catholic church on Thursday hit out at what it called "Islamisation" in the troubled east of the country, where a notorious militia group has carried out a string of massacres.

At a news conference, Congolese prelates released a message saying civilians who had escaped after being abducted by the Allied Democratic Forces (ADF) militia, historically a Ugandan Islamist group, had spoken of being "forced to convert to Islam".

The message denounced the "Islamisation of the region to the detriment of religious freedom."

Asked to elaborate, church spokesman Donatien Nshole said: "The problem here is a faction of Islam that forces people to become Muslim."

Nshole, an abbot, stressed that the church had "very good relations" with Islam, but described this development as "scary".

The church's peace and justice commission "is deepening its investigation into the matter," he added.

The ADF is the bloodiest among dozens of militias that roam eastern Democratic Republic of Congo, many of them a legacy of two regional wars in the 1990s.

On March 11, the United States said the ADF was linked to the Islamic State (IS) group.

In the Beni region of North Kivu province alone, more than 6,000 people have been killed since 2013, while another 2,000 lives were claimed in neighbouring Ituri province just last year, Nshole said.

Around 7,500 have been kidnapped in the two regions last year, he added.

The prelates' message also denounced "the occupation of land (and) illegal exploitation of natural resources" as well as widespread torching of villages, destruction and closure of schools and health clinics, sacking of administrative buildings and the looting of livestock and farmland in the region.

After a joint mission by the Central African Catholic Church (ACEAC) and the DRC's Church (CENCO) in the region, they concluded that the Congolese army's operations had had "mixed" results.

They said the soldiers were underpaid and alleged that their pay and rations were embezzled, decreasing their motivation.

Local sources said the major cities of Beni and Butembo were "paralysed" on Monday on the first day of protest strikes over the continuing massacres of civilians which the army and UN peacekeepers have failed to stop.