Will South Africans Rally Against Witch Persecution and Muti Murders? 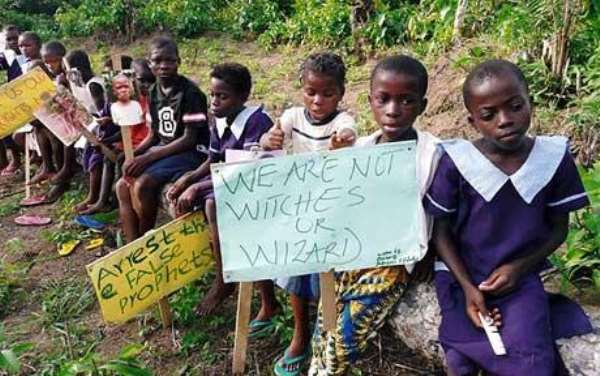 Let us take a look at some recent cases. In January, a mob locked up an 80-year old woman and later set her ablaze after accusing her of witchcraft. This tragic incident took place in Mbuzini. Mbuzini is a village at the border of South Africa and Mozambique. According to the report, on that fateful night, some people saw the accused sprinkling something outside. They attributed that to witchcraft. They caught the woman, took her to the house, hacked her with a hoe, and then set the body ablaze.

The alleged witch was burnt to death. The police made some arrests and the case is before the Tonga magistrate court. Witch persecution is pervasive in Mbuzini. Villagers usually banish alleged witches. In a related incident, a 27-year old woman accused of witchcraft was attacked and burnt with petrol in Kwa Zulu Natal. In 2018, three alleged witches were killed in the province.

In addition to witchcraft-related attacks, South Africa is grappling with killings linked to the belief in muti. Police have described muti killings as a form of crime against humanity. Unfortunately, this designation has done very little to persuade South Africans,-black South Africans- against this harmful superstitious belief and practice. Muti belief and practice remain strong in the region because there is some racial undertone. In South Africa, racism feature in everyday discourses.

Some identity politics underlies the debate of muti. Over the years, muti has featured prominently in the exotic representation of African culture mainly by western anthropologists and their African apologists. This misrepresentation has made it difficult to unpack and critically examine muti beliefs. The idea of muti must be thoroughly examined to root muti-related abuses. Muti means medicine. It is derived from the Nguni word for a tree which IsiZulu is a member of.

As a form of traditional medicine, muti is often not distinguishable from magic, charms, or juju. Just like the term for God in an African language should not mean or translate to mean a different God, an African God, the term for medicine-muti (Nguni), Ogwu (Igbo) Tim (Dagomba) Ogun (Yoruba), Dawa (Swahili) should not designate other and 'African' medicine.

Muti is linked to African traditional belief, religion, and identity as opposed to 'modern' medicine that is linked to white westerners. These representations and misrepresentations of medicine are linked to ideas of modernity and tradition, science and superstition, white and black races. Incidentally, these distinctions and dichotomies persist and have made it difficult to challenge and question muti claims and ideas.

Even though they find the claims mistaken and superstitious, Black South Africans who object to muti claims may not openly challenge them because muti is designated as African; as rooted in African culture. White South Africans are reluctant to question, criticize or highlight the absurdity of muti beliefs because they do not want to be accused of racism or neocolonialism.

To avoid being accused of racism, they ignore or explain muti/witch beliefs away as illustrations of 'African' science. There is a need to discard these prejudices and misconceptions that have continued to hamper the cause of enlightenment in South Africa. Superstition is embedded in western as well as in African cultures. If superstition is not designated as science in the west, it should not be framed as science in Africa.

To further the cause of Enlightenment, South Africans need to realize that witchcraft is a form of superstition. There is a need to acknowledge a distinction between scientific muti or evidence-based medicine and superstitious muti. Muti killings are informed by superstitions. And these superstitious and irrational beliefs need to be dispelled and abandoned. Witchcraft and muti narratives must be critically evaluated. Black South Africans need to understand that there is no link between witchcraft and misfortunes such as accidents, poverty, sickness, and death that people suffer in communities. There is no evidence that muti killings and ritual sacrifice yield business, financial and political fortunes!

As a South African advocate noted: “South Africans must educate themselves on sicknesses that affect the minds of the elderly. Too many elderly persons that are suffering from dementia and have been labeled witches. They accuse them of having malevolent occult powers when found wandering in their sleepwear or even in their undies. Some elderly persons have even met their cruel deaths in the hands of local mobs.

There must also be a great awakening amongst media houses. Media stations own these gossip-mongering newspapers. There is one in particular which is very popular with witchcraft stories. Those who own these media houses have some agenda to represent the African person as an essentially superstitious being while making money from the sale of these newspapers“.

Given the racially charged nature of issues and debates in South Africa, will South Africans rally against witch persecution and muti killings? Only time will tell.