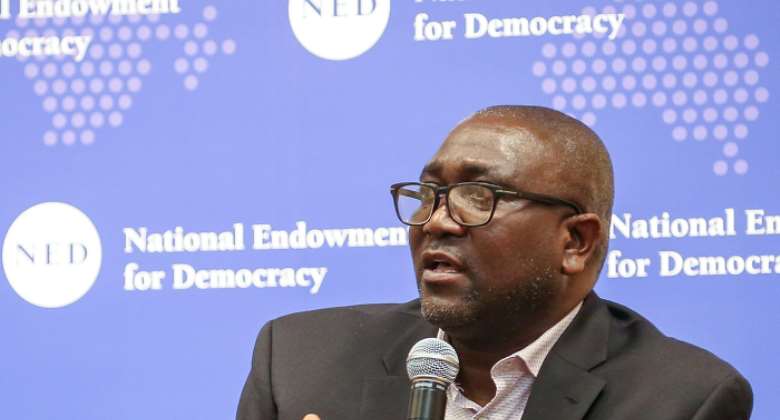 The Executive Secretary of the National Media Commission, George Sarpong has said the discussion surrounding the suspected ritual killing of an 11-year-old boy at Kasoa by two juveniles has reinforced the need for tighter regulation of the media space.

This is because of the fears that the two teenage suspects in the case may have been influenced by money rituals content in the media.

Whilst urging caution in linking the murder to the widespread content featuring ritualists promising quick wealth, Mr. Sarpong argued that the country would lose nothing by ensuring stricter regulations.

“The lack of a comprehensive framework for media regulation is leading to these unorthodox actions and society can't progress along these lines.”

“It is better to be cautious. We need to set the rules. We need to protect ourselves without necessarily undermining the right to free expression,” Mr. Sarpong said on the Citi Breakfast Show.

He however acknowledged that “there is considerable research on the matter and it [the link between media and violence] has not appeared to be that direct.”

On the question of regulation, Mr. Sarpong recalled the NMC’s unsuccessful attempts to institute a law that requires media owners to seek content approval from it.

The regulations required media owners to apply for content authorisation, submit programme guide and content for approval and go by a set of rules stipulated by the NMC or in default pay a fine or serve between two and five years in jail.

After a challenge at the Supreme Court from the Ghana Independent Broadcasters Association, the judges held that certain regulations in the NMC’s Content Standards Regulations 2015 (L.I. 2224) amounted to censorship and contravened Article 162 Clause (4) of the 1992 Constitution.

Mr. Sarpong reiterated the NMC’s assertion that the media houses “must submit to a minimum standard.”

During the arraignment of the suspects in the case, police said the two suspects were inspired by a spiritualist on TV.

They lured the deceased, Ishmael Mensah, to an uncompleted building, hit him with a club and cement blocks, killing him instantly.