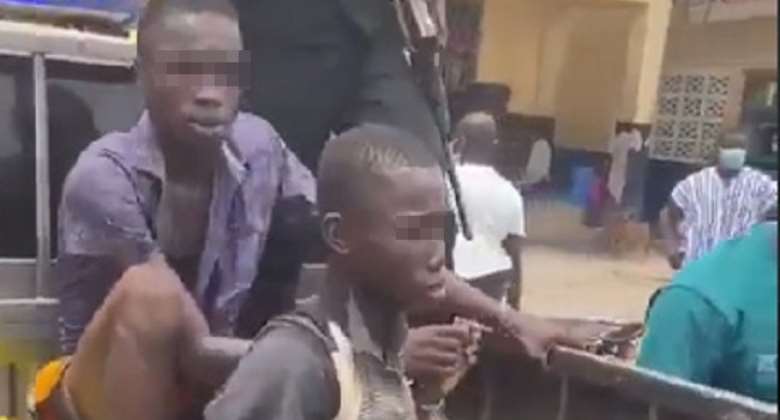 The police prosecutor in the ritual murder case at Kasoa says the two suspects who killed 10-year-old Ishmael Mensah were self-motivated after watching a spiritualist on TV.

According to the facts of the case presented by the prosecutor, Inspector Japhet Agyeman, one of the suspects, Felix Nyarko, was moved by the claims of a spiritualist he watched on television on how he could make people instant millionaires.

He discussed it with his friend, Nicholas Kini, the second suspect, who said he also knows another spiritualist in the Volta Region.

After contacting the spiritualist, they were instructed to provide a human being and an amount of GH¢ 5,000 for rituals to be performed to make them rich.

“For some time now, the 1st accused [Felix Nyarko] has been watching Ghana Television channels which entertain Mallams and other spiritualists to promote their prowess in making people instant millionaires. He informed 2nd accused [Nicholas Kini] who advised that there is a certain spiritualist in Volta Region who can do it for them…2nd accused who is not having a phone provided phone number of the said spiritualist to 1st accused who has access to his mother’s phone. After contacting the said spiritualist, she agreed to help if only they can provide a human being and cash sum of GH¢ 5,000 for the rituals,” excerpts from the prosecutor’s facts said.

Per the document, the two suspects initially planned to kidnap the deceased and take a GH¢ 5,000 ransom from his parents to be presented to the spiritualist for the rituals but changed their minds after realizing it was impossible to do that.

The two suspects are currently on remand in police custody and expected to make a second appearance in court on April 20, 2021.

Hottest Photo Reports
Catch up with all the political quotes from our politicians.
Advertise here
More from Headlines
ModernGhana Links
Cause of inflation is structural; increasing policy rate is not the answer – Dr. Agyekum Donkor
Minority accuses vehicle assemble plants of taking advantage of Ghana’s tax incentives to bring in fully assemblied vehicles
Kudos to the Black Stars; that was a thoroughly deserved victory – Akufo-Addo
TOP STORIES