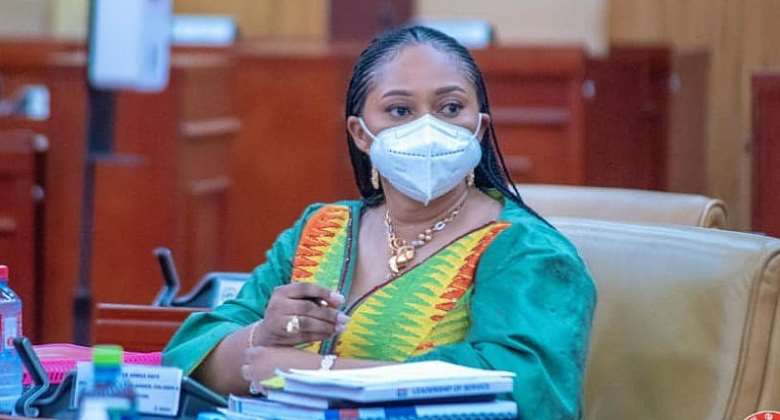 Minister of Gender, Children and Social Protection, Sarah Adwoa Safo wants the police to expedite investigations into the death of 11-year-old Ishmael Mensah, who was allegedly murdered by his friends at Lamptey Mills, a suburb of Kasoa.

Two persons, an 18-year-old and a 19-year-old were arrested by the Kasoa Divisional Police Command on April 4, 2021, after they were accused of being behind the murder.

Some eyewitnesses said the suspects allegedly lured the deceased into an uncompleted building and smashed his head with a club and cement blocks killing him instantly.

Police say the suspects planned to recover the body at midnight for supposed rituals.

Reacting to the unfortunate incident in a statement, the Minister of Gender, Children and Social Protection commiserated with the family of the deceased.

“It is with deep sadness that I learnt of the death of an 11-year-old boy at Kasoa who was allegedly brutally murdered for ritual purposes. My heartfelt condolences go to the family, especially the mother of the young boy whose life has been cut short in such a gruesome manner.”

“As a mother myself, with a son just around that age, I can imagine her pain and the anguish she is experiencing. The thought of any parent losing a child is unbearable, especially under such dastardly circumstances. My heart really goes out to her.”

She further called on the police to expedite their investigations into the matter “so we can give the family of young Ishmael the justice and closure they deserve.”

She also called on stakeholders to instil the right values in the youth.

“This disturbing act should be a wake-up call to all Ghanaians, that as a country, we will teach our children that there is dignity in hard work and with it comes the benefits thereof. We seem to have pushed aside the values and attributes of hard work, honesty and service to each other which are the building blocks of every fair and just society.”

Madam Adwoa Safo further charged the media to give no room for spiritualists and occultists who through advertisements “entice these young ones to engage in these acts”.

“It’s time to take the moral right and uphold the values of our nation and safeguard the future of our kids and our dear nation in that regard,” she added.

Meanwhile, the two suspects have been remanded into police custody.