Street hawkers in Accra given two-weeks to relocate 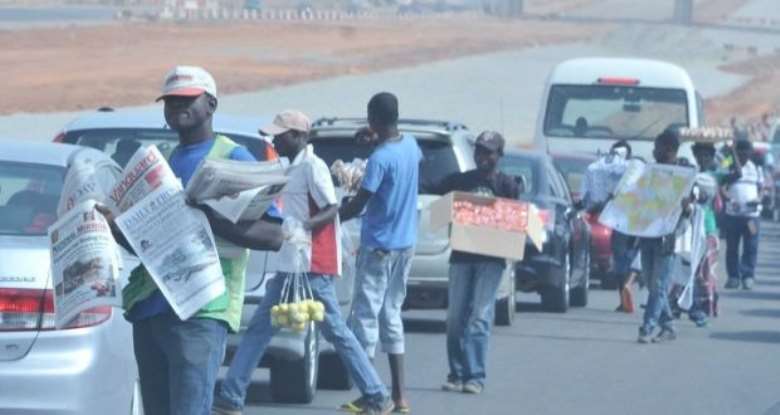 Street hawkers in Accra have been given a two-week ultimatum to relocate to designated markets.

The Greater Accra Regional Minister, Henry Quartey, who gave the ultimatum, says his outfit in collaboration with the Accra Metropolitan Assembly (AMA) will embark on a sensitization for traders within the period after which the directive would be enforced.

He said this during an engagement with the Greater Accra Regional Market women on Thursday.

“Increasingly, market women and petty traders are beginning to occupy the main streets within the Greater Accra Region and we are taking steps to decongest the streets to allow free flow of vehicles and traffic. We have engaged with the queen mothers so they will join me and the government and the assemblies in carrying out this exercise. If after several engagements they continue to make it difficult for us then we will deploy the MMDAs to enforce the local laws.”

President of the Greater Accra Market Women Association, Mercy Naa Afrowa Needjan said her outfit is willing to cooperate with the Minister in ensuring the traders are relocated into the markets.

“We are with him and we will make sure whatever he wants to do works. They know trading outside the market is not allowed.”

The directive comes weeks after the Ashanti Regional Minister, Simon Osei Mensah similarly asked traders at the Kumasi Central Market to relocate from their present location.

The Minister had said the refusal by traders to relocate could affect the second phase of the Central Market redevelopment project.

He was also worried that the continued delays may affect access to the loan facility to be used for the project.