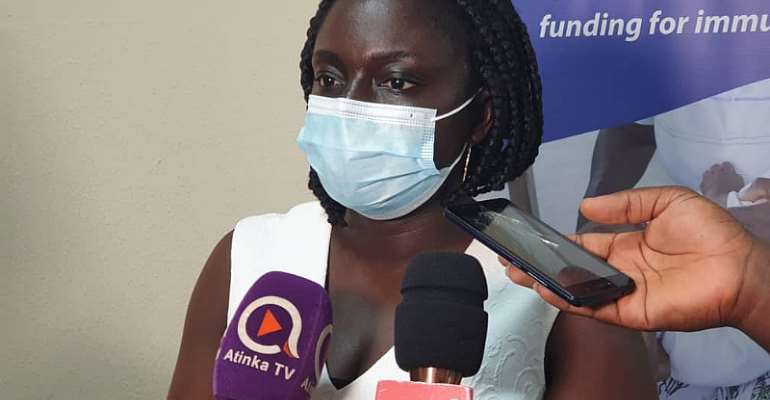 Hope For Future Generations and its partners have called on the government to increase health budget allocation in order to mitigate the immunization gap in the country which has been funded by donors for years.

According to HFFG, ghana is likely to face challenges if nothing is done in the health sector domestically should the donors back off in 2026.

Civil Society Organizations (CSOs) in health have bemoaned the possible challenges which were likely to be created should donors back off.

Addressing a media engagement with News Editors on Wednesday, March 31, 2021, on " Status of Immunization Financing in Ghana ", the Executive Director of Hope For Future Generation (HFFG), Ms Cecilia Senoo indicated that increased budgetary allocations by the government in that regard would help to intensify immunization, stressing that immunization has been the most effective way to control diseases.

Mrs. Cecilia Senoo also underscored the need for media engagements and the critical role it plays in creating awareness on the benefits of domestic financing to the attainment of SDGs in health.

She further stated that to achieve the Ghana Beyond Aid Agenda, which was aimed at domestic financial independence to reduce the overdependence on foreign donors, the government ought to be modernizing and strengthening the country's tax policy.

She continued that there was the need for government to stick to the strategy of committing to modernizing and the tax policy document which aimed at increasing the tax revenue from 12.6%of Gross Domestic Product(GDP) to about 23% by 2028.

Also, she indicated that Ghana in the quest to attaining the health Sustainable Development Goals has developed a health roadmap to help attain the SDGs which also emphasized domestic resource mobilization.

"It was the best approach towards self-sustainability".

It was further evident that the government's health allocations were just below government signatory to the Abuja Declarations which Ghana happened to be part to allocate a minimum of 15% of its total expenditure to health but that has fallen short.

CSOs which include HFFG, Send Ghana, Ghana Coalition of NGOs in Health, Socioserve-Ghana GRMA & WAAF entreated the government to as a matter of urgency, be committed to the Abuja Declarations.

The Programmes Manager, HFFG, MS. Gladys Damalin disclosed the position of IAI indicating that the government's signing on to the various agreements of global and regional frameworks such as the Sustainable Development Goals (SDGs), the World Health Organization's regional strategic plan for immunization and the Addis Declarations on Immunization.

She noted that low government budget allocation to health especially, goods & service over the years affects commitments to co-financing obligations to the Abuja Declarations and Vaccine Alliance (Gavi) amongst others. 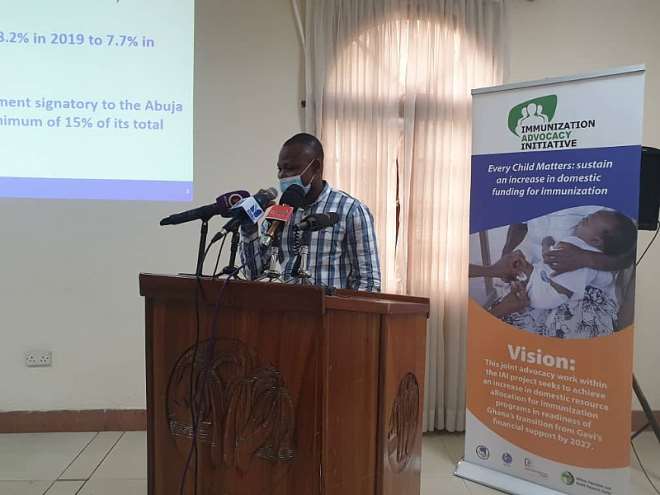 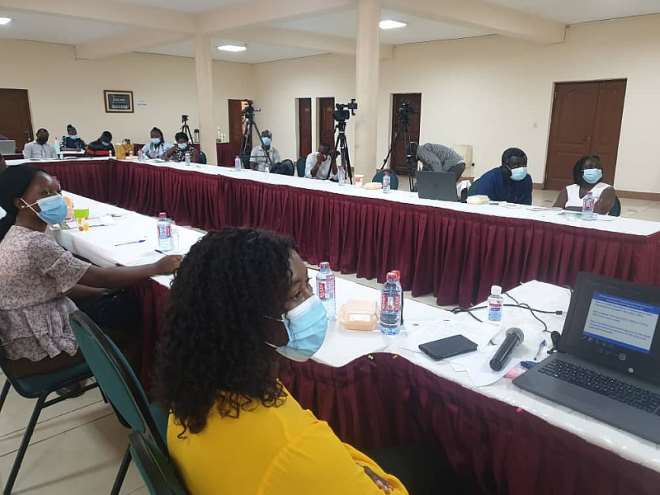