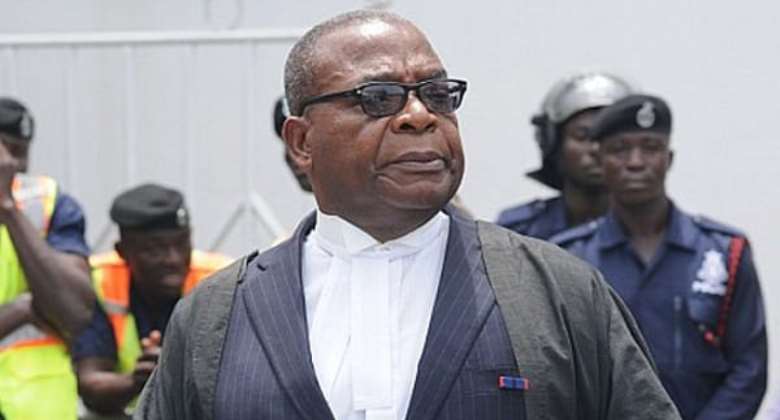 Renowned lawyer and former Chief of Staff under the Jerry John Rawlings' regime, Nana Ato Dadzie has expressed disappointment in the March 4 judgement on the election petition filed by John Dramani Mahama.

Speaking on The Keypoints on TV3/3FM on Saturday, March 6, Nana Ato Dadzie emphasised that the Supreme Court judgement missed an opportunity to move Ghana’s democratic credentials a notch up.

“I think that we made some progress but I am disappointed by the entire judgement [or] verdict on the ground that we could have probably moved one notch higher in the democratic dispensation.”

Later explaining his position, Nana Ato Dadzie said the latest petition was quite different from the 2013 election petition, which was predominantly based on a “fight over pink sheets”.

“In this case, the case of the petitioner is not a fight over pink sheets. It is a fight over the validity of the declaration that was made on a specific date.”

He said that declaration is based on a constitutional requirement of a 50 percent plus one vote and so if a petition is challenging the results, it behoves on the body that declared the results to come and prove it.

He said every Ghanaian had an obligation to defend the Constitution by ensuring that the Electoral Commission, Ghana (EC) proved that the winner indeed met Article 63 of the 1992 Constitution.

Nana Ato Dadzie said all those lauding the judgement are only caught in the web of looking at the petition from the major precedent of 2013.

On Thursday, a few hours after the verdict was delivered by the Anin Yeboah-led Court, Mr Mahama also expressed disagreement with the verdict, claiming the justices overly protected the Chair of the EC, Jean Adukwei Mensa, from being cross-examined.

“Even though the petition to the Supreme Court stood in my name, it nonetheless represented the desire of an overwhelming number of Ghanaians, anxious for answers from the Chairperson of the Electoral Commission as the Returning Officer of the December 2020 Presidential Election .

“Ghanaians were hoping to hear her testify and many are still baffled by the refusal of Mrs. Jean Mensa to be held to account by testifying in this case – unfortunately, with the unanimous agreement of the justices of the Supreme Court of Ghana.

“This vital part of the process to establish the truth and hold Mrs. Jean Mensa accountable was blocked time and again by a protective cordon and firewall that I am sure have confounded many Ghanaians.

“The refusal of the Chairperson is in sharp contrast to the readiness with which Dr. Kwadwo Afari Gyan, then Chairman of the Electoral Commission willingly testified in the 2013 Election petition filed by then candidate Nana Akufo-Addo of the NPP.

“Speaking as a Ghanaian, with no legal training, I believe that the refusal of the Electoral Commission Chairperson to testify in this election petition, leaves a bad precedent for the future.”