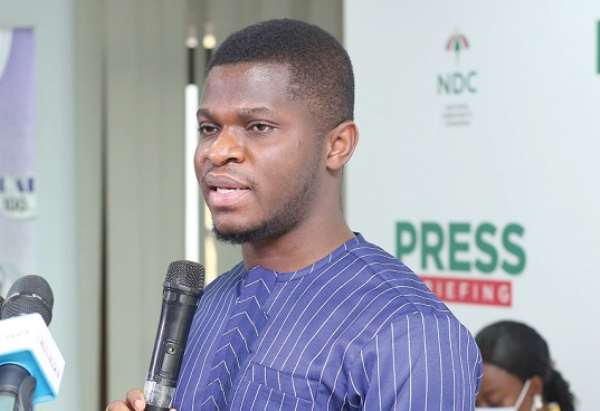 The National Democratic Congress says the Supreme Court judgement on former President John Mahama’s petition over the 2020 polls was ‘full of patent falsehoods’.

According to the National Communications Officer of the party Sammy Gyamfi, the court used wrong facts in coming to their judgement.

“Folks, the judgment of the Supreme Court on the 2020 Election Petition is full of patent falsehoods, particularly, their ratio decidendi on issue 2, which is captured at the last paragraph of page 39 of the Judgement.

“The claim by the Court that the figure 13,434,574, which was announced by Jean Mensah in her 9th December declaration was actually the Total Vote Cast for the election but that same was mistakenly announced by the Returning Officer as the total valid votes cast, is untrue and not borne out of the evidence that was before the court,” he wrote in a statement Friday.

He further noted: “As can be seen from the attached Form 13 (Declaration of Presidential Election Results- National Summary Sheet) which is Exhibit 4 of the Witness Statement of Jean Mensah, a document I believe was forged by the EC to justify the unconstitutional declaration, the Total Vote cast for the 2020 Presidential election is 13,434,508 and not 13,434,574 as the Court claims. So how did the Court arrive at the conclusion that the figure 13,434,574 is the total vote cast? Can they point to one official document that has that figure as the total vote cast for the 2020 Presidential election?

“Also, the Court’s claim that Jean Mensah committed an error relative to the total valid vote cast in her declaration, which was later corrected on 10th December is false, as the figure the EC published as the total valid votes in their unsigned press release of 10th December is 13,119,460 and not the 13,121,111 the court claims is the correct total valid votes cast for the election. These inconsistent figures expose the flawed conclusion the Court arrived at. This is what happens when an electoral management body cooks figures to achieve a fraudulent predetermined election outcome. The Supreme Court’s decision to uphold the patently flawed and unconstitutional declaration of the 2020 Presidential results by Jean Mensah, makes a mockery of justice. Very pathetic!”.

In reading the judgment on Thursday, March 4, 2020, Chief Justice, Anim Yeboah stated that the petitioner failed to prove his case beyond a reasonable doubt. He added that the errors announced by the Electoral Commission Chairperson, Jean Mensa, which were subsequently corrected cannot be used to invalidate the election.

According to the Supreme Court, the errors announced by Jean Mensa did not adversely affect any of the candidates in the 2020 elections. The Supreme Court also held that the petitioner failed to adduce enough evidence to merit a re-run between himself and President Akufo-Addo.

The Chief Justice in reading the judgment also described as fanciful the witness statement by Michael Kpessa-Whyte and Rojo Mettle-Nunoo.

Justice Anim Yeboah said the two witnesses had themselves to blame after abandoning their duty in the strongroom since they were under no obligations to leave when their work in the room was not finished.