Prosecuting the Takoradi girls’ case: Story so far as judgment set for today 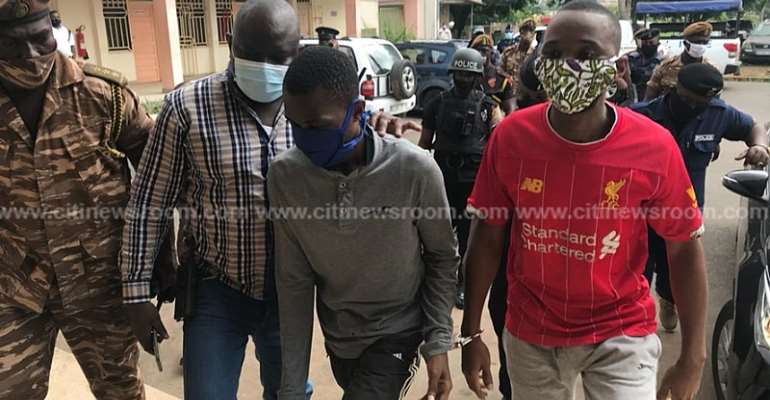 As the Sekondi High Court presided over by a Court of Appeal's Judge, Justice Richard Adjei-Frimpong with the support of a seven-member jury prepare to give a final ruling today on the long-running murdered Takoradi kidnapped girls saga, Citi News takes a look at how far this case has travelled.

Samuel Udeotuk Wills and John Orji, both Nigerians are facing a charge of conspiracy and murder in the four Takoradi kidnapped girls case.

However, the case did not start with the two.

Sam Wills pleaded not guilty to the three charges and was remanded.

Wills reappeared before the Takoradi Market Circle District Court presided over by His Worship Michael Ampadu on 11th February 2019 where his charge sheet was read to him. He subsequently told the court he was aided to escape from cell by a CID officer together with one Kwesi and John. 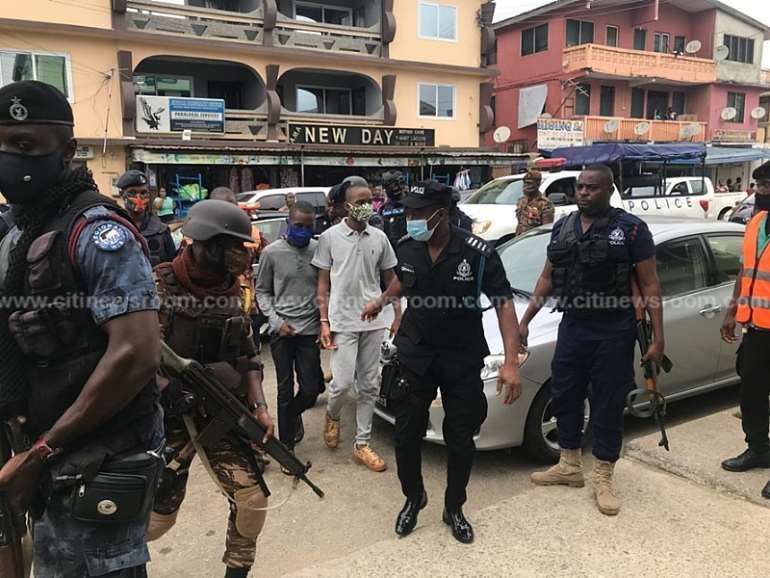 On 4th March 2019, Sam Wills was attacked by the aggrieved families and friends of the kidnapped girls after proceedings at the Takoradi Market Circle Magistrate Court as the families felt disappointed the court did not insist on Wills naming the CID officer who aided his escape as well as the whereabouts of the kidnapped girls. This generated some chaotic scenes at the court premises.

A volunteer lawyer of the kidnapped girls' families, Nana Abeka asked the court to allow legal representation of the families in the escaping case and a joint trial to commence to include the kidnapping matter.

His worship Judge Michael Ampadu however said the court was unable to trial the escape case and the kidnapping case jointly and more importantly, investigations into facts of the kidnapping matter were ongoing therefore unable to have the joint trial.

After several adjournments and failure by accused cell breaker, Sam Udeotuk Wills, to produce his witnesses in court, Presiding Judge Michael Ampadu on 29th April 2019 convicted Wills to 18 months prison term on two out of the three charges of unlawful escape from lawful custody and destroying public property but cleared on resisting arrest.

Giving his ruling, Judge Ampadu said the law of escape says that whoever allows himself to be helped to escape from lawful custody is guilty of the crime too. He added that Wills' accusation of receiving help from a police officer was an afterthought and ruled on the case.

On the arrest of the second suspect, John Orji, he was put before a Sekondi High Court on 12th June 2019 at a time Sam was in prison custody, serving his 18 moths term of imprisonment for escaping from lawful custody. 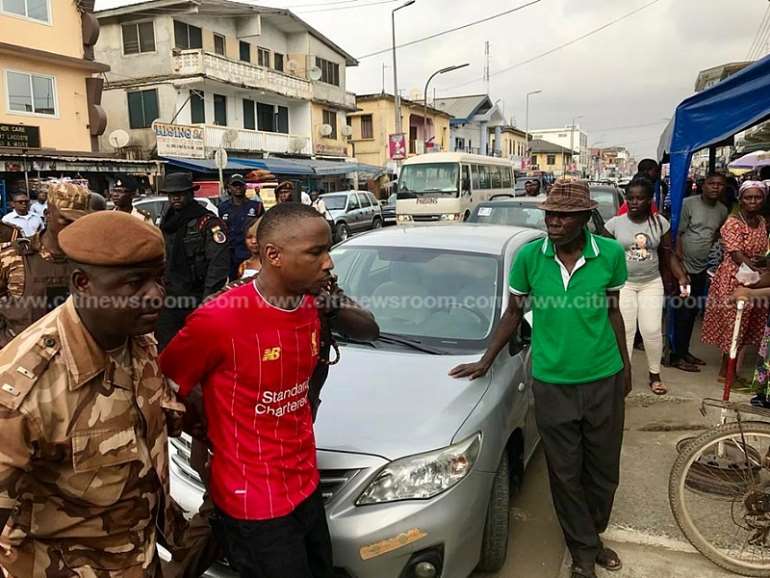 The two of them appeared together before the High Court on 26th June 2019.

They were subsequently charged with conspiracy and kidnapping.

On 31st July 2019, their plea on the offences of conspiracy and kidnapping was taken and the facts given.

The fact sheet disclosed to the court that the accused person's Facebook chats revealed coded language on kidnapping and blood sacrifice.

After the discovery of the skeletal remains on 2nd August 2019 and upon further investigations including the results of the DNA samples taken from the families, the accused persons were charged with conspiracy and murder.

On 22nd January 2020, following frustrations of adjournment and general delays of the case, the father of one of the four kidnapped girls, Francis Bentum and another parent attacked the accused at the court and the attack continued to the corridors of the court. 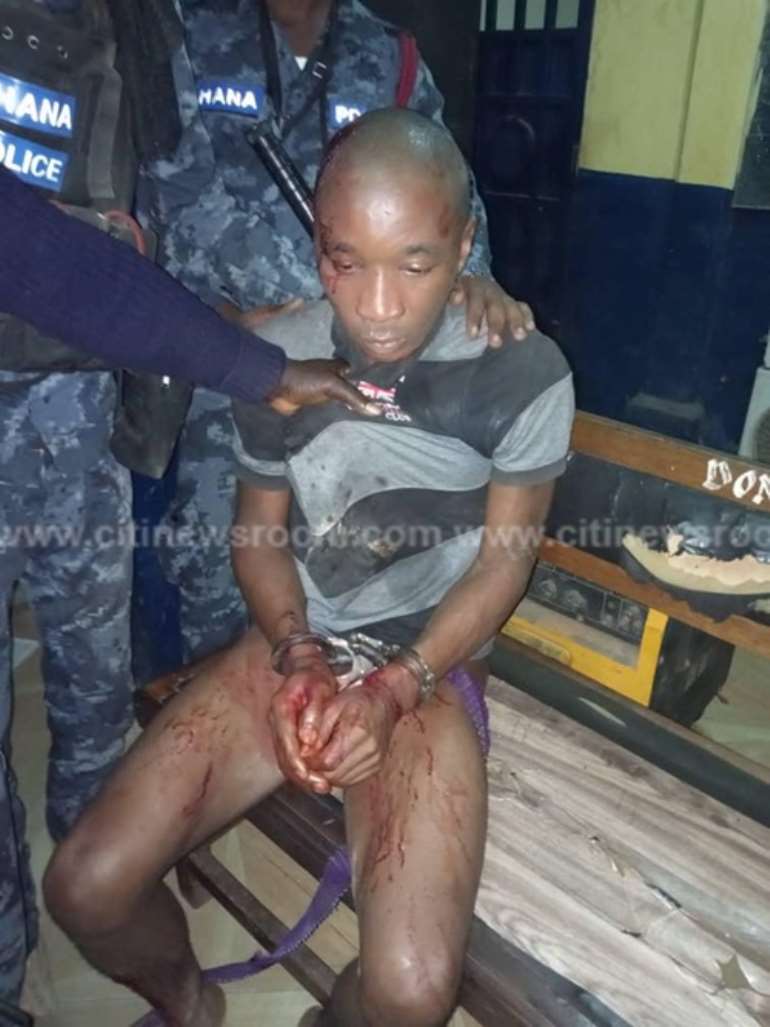 Consequently, Nolle Prosequi was entered by the prosecution on 5th February 2020 and the accused persons were discharged by the high court.

The accused were put before the Takoradi district court and were committed on 18th June 2020 to stand trial at the High Court.

After committal, they were put before the high court on 14th July 2020.

The plea of the accused persons was taken and a seven-member jury empanelled as well as facts given on 29th July 2020.

Case management conference was done on 6th August 2020 after which the trial commenced.

On November 3rd 2020, the Sekondi High Court requested to view the remains which were still in the hands of the police. So they were brought to the courtroom in four caskets. 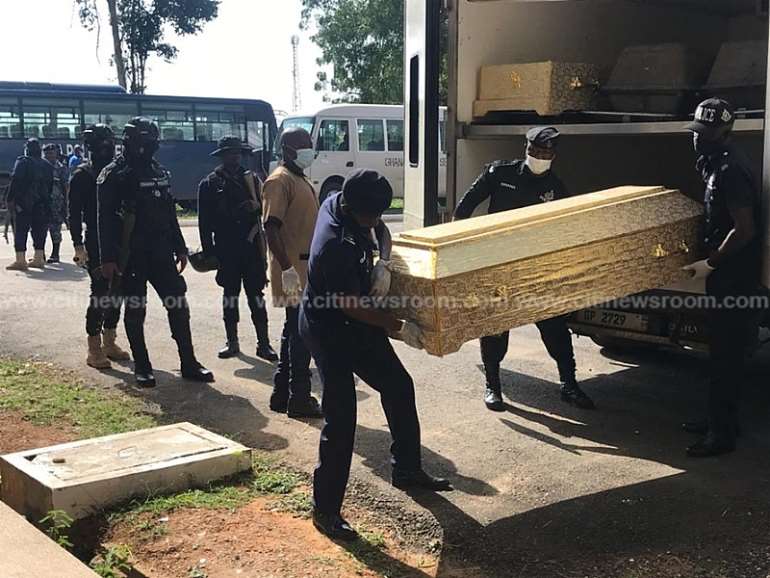 In all, 27 witnesses appeared before the court to give statements and also faced cross-examination.

During their statement and cross-examination, both Sam Udeotuk Wills and John Orji denied kidnapping or murdering any of the girls.

Wills however admitted knowing and being friends with two out of the four girls, namely Priscilla Blessing Bentum and Priscilla Mantebia Kurankyi.

Wills also denied his Facebook chat with some of his friends submitted to the court by the investigators as evidence of discussing kidnapping and blood money.

He told the court that Samuel Udeotuk Wills is not his Facebook name but King Samuel.

John Orji on his part denied four of the charge sheets read to him and had his signature, as well as thump print, picked.

He also denied that he told investigators Sam had told him he had killed someone when he visited him in Takoradi.

Orji said all this information didn't come from him while some were taken under duress.

On first February 2021 first accused Samuel Udeotuk Wills refused to leave his Sekondi Central Prisons to come before the Sekondi High Court, until he was forcefully brought in wearing a sleeveless T-shirt, a boxer shot and barefooted with bruises. 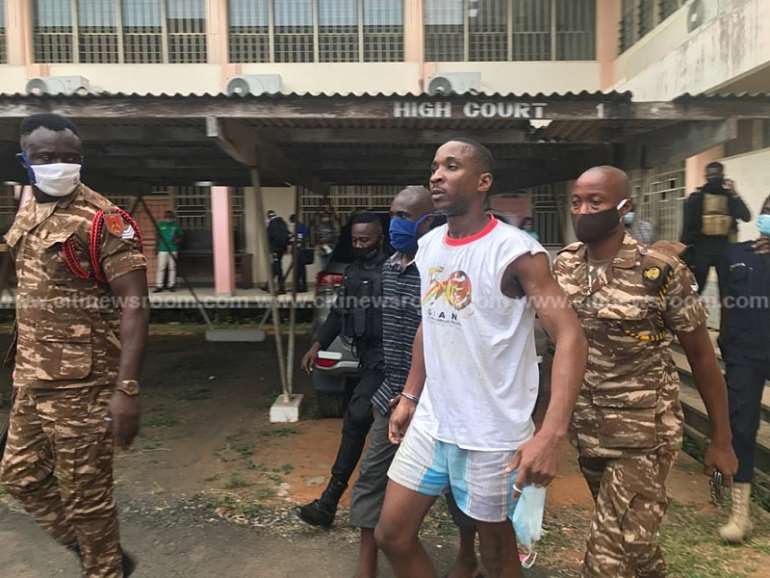 The Sekondi High Court on 3rd February set Friday, 5th March 2021, to deliver its verdict in the murder trial of the two suspects after the lawyers of Sam Udeotuk Wills and John Orji closed their defence and subsequent cross-examinations.

Both defence counsels and prosecution were expected to give their oral addresses to the seven-member Jury on 3rd March before the judgment day, but they failed to appear before the Court on that day.

This forced the Presiding Judge to adjourn the addresses to 4th March.

On the 4th of March, the defence counsels for the two accused, George Essilfu-Ansah and Mark Bosia, representing Sam Udoetuk Wills and John Oji respectively, again did not show up, but the counsel for the second accused rather sent one Samuel Agbota, also a lawyer, as his representative.

State Attorney, Patience Klinogo, however, gave her oral address to the Jury where she questioned John Orji's inability to state his “Alabi”, thus his whereabouts at the time the crime was committed.

She however said both Sam Wills and Orji have contradicted themselves in the cross-examination of the statements they gave to the police and signed, and are therefore liable to the eight counts of a charge of conspiracy to murder and murder.

The lawyer, Samuel Agbota, representing the counsel for the second accused in his address said the prosecution has failed to connect his client to the various scenes of the crime and also revealed to the Jury that Orji's “Alabi” is not in contest as he was incarcerated at the time the crime was committed hence not liable to the crimes.

Despite failure by the first accused, Samuel Udeotuk Wills' counsel to address the Jury, the Presiding Judge still set the final ruling for 5th March 2021. 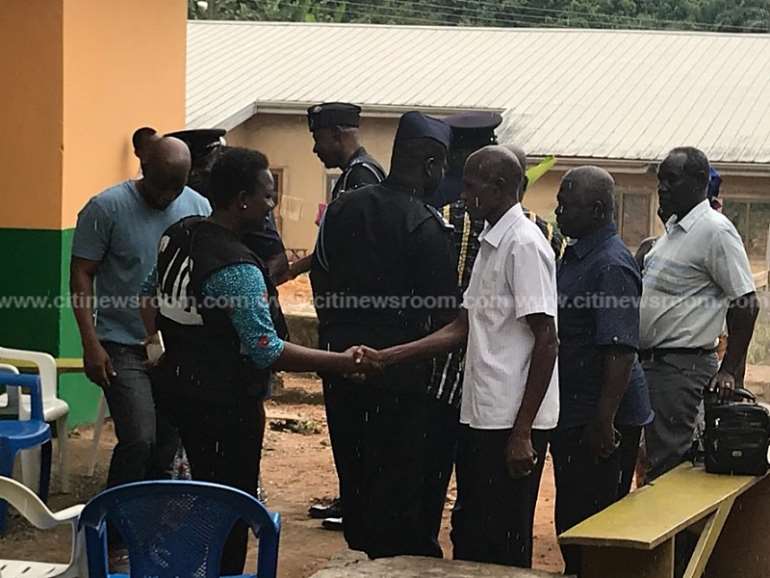 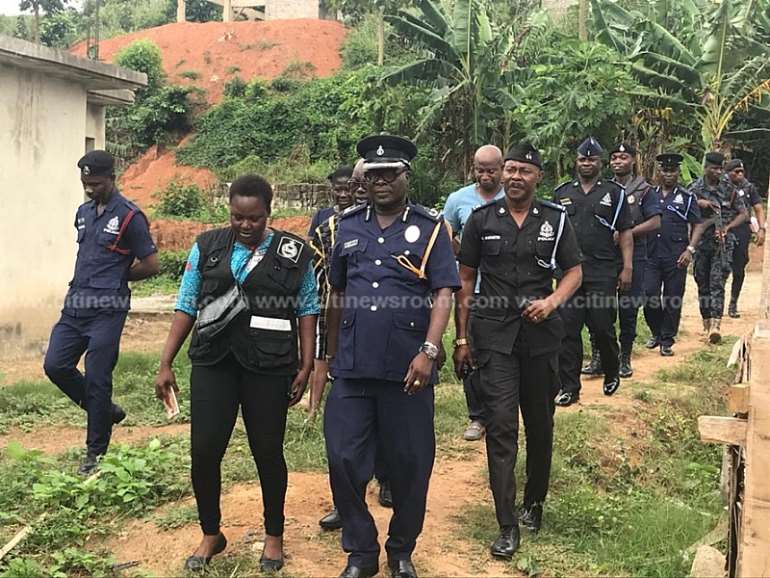 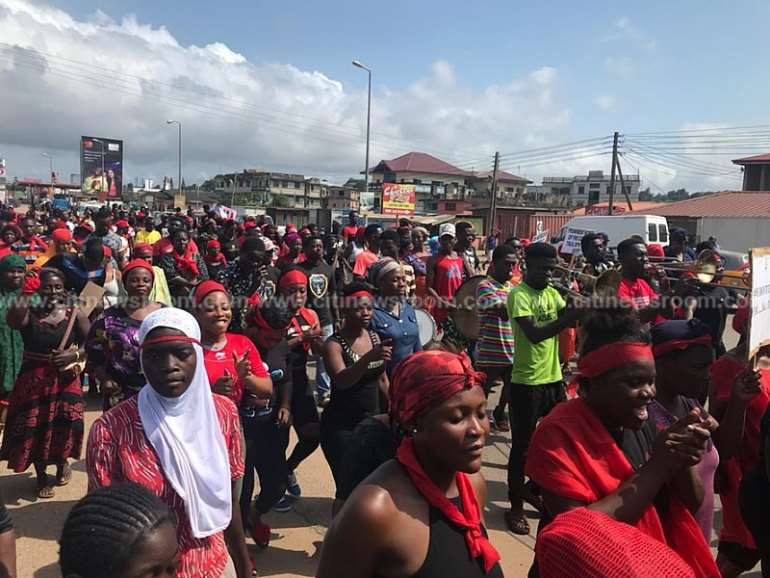 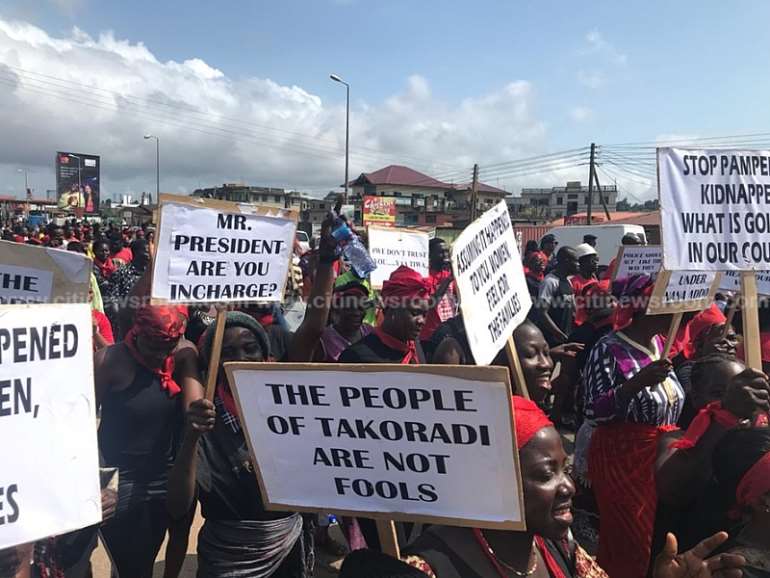 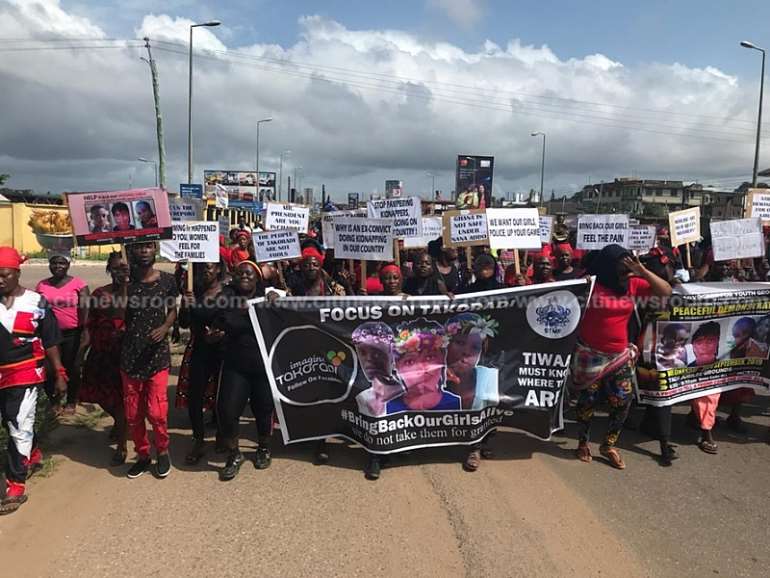 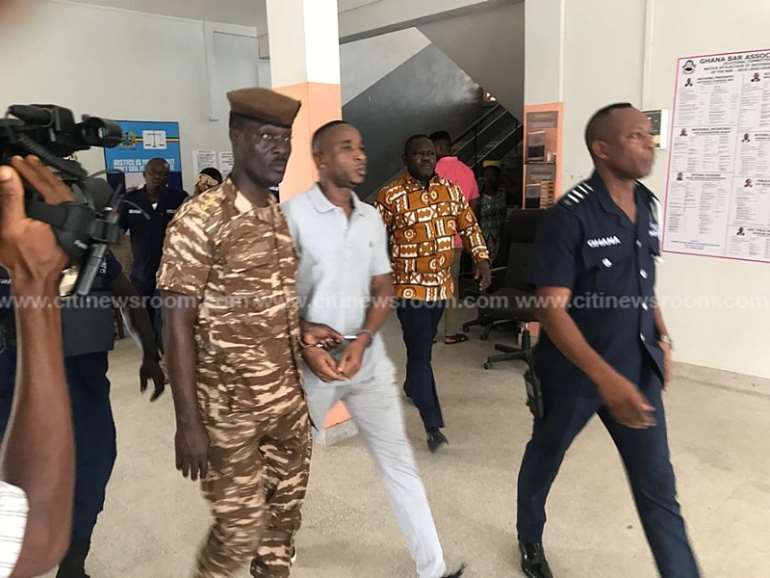 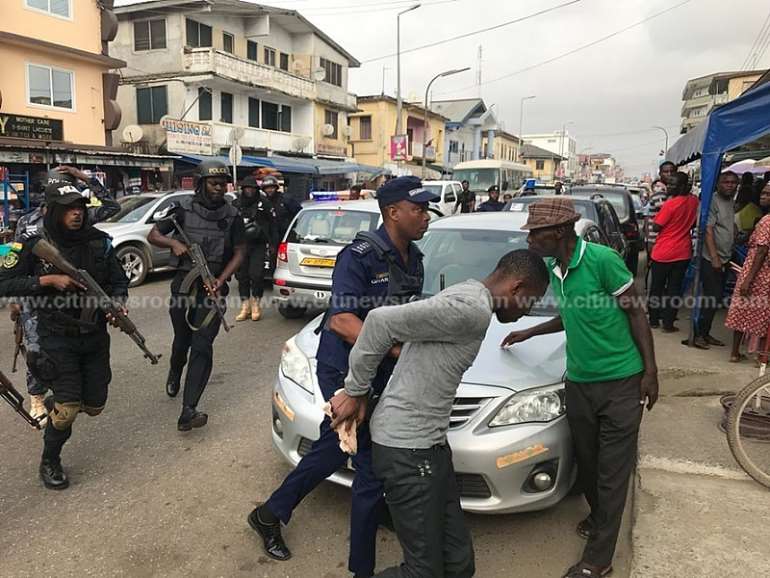 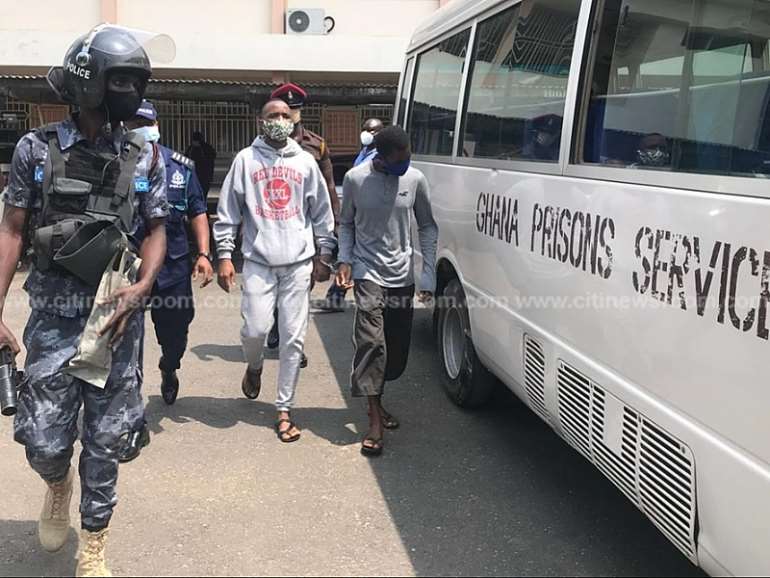